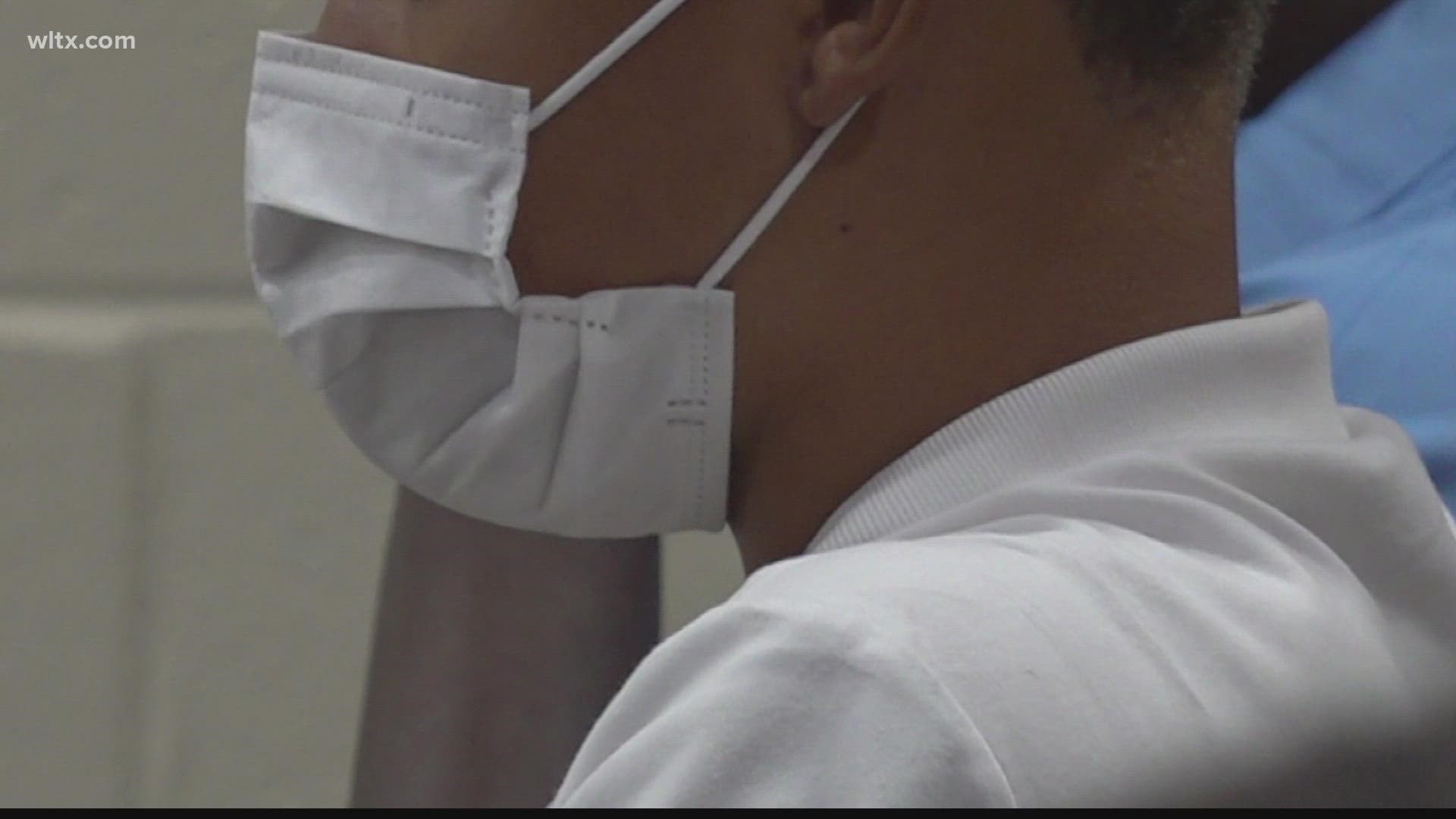 COLUMBIA, S.C. — The South Carolina Department of Health and Environmental Control (DHEC) has recommended that masks be worn in schools and for the state legislature to suspend Proviso 1.108 which prohibits mask mandates in them.

DHEC’s decision comes as the City of Columbia and Richland County have passed emergency ordinances to require face masks to be worn in schools. Meanwhile, on Friday, Richland School District Two filed in the South Carolina Supreme Court, for an injunction of the prohibiting of school mask mandates.

The South Carolina legislature passed the mask mandate prohibition as part of the state budget that took effect on July 1. At that time, the number of COVID-19 cases reported was under 1,000 per day, closer to numbers experienced in early spring. Since then, there has been a surge in COVID-19 cases and deaths with the latest numbers showing 5,238 new cases reported on Friday – the highest single-day total since January 15 -- and 31 deaths.

The COVID-19 cases reported in South Carolina schools have risen since the beginning of the school year, the latest numbers in Kershaw County, for instance, show 1271 quarantines and 224 positive cases.

During the meeting, DHEC Director Dr. Edward Simmer said there has been a lot of heated discussion on how to best protect children against the virus and "when I took this job ... I did my hearing with the Senate and I promised I would always go to the science and whatever the science is, that's what we would report. And so that's what we're going to do today."

"Science clearly shows vaccination is the clearest way to defeat COVID-19. However, in our student population, many are not yet eligible for vaccination as vaccinations are only available for age 12 and over -- and even in that population, the vaccination rate is relatively low," Simmer said.

"Right now, only 20% of those age 12 to 19 in South Carolina are actually fully vaccinated," he added.

Simmer asked DHEC's public health team to look into the effectiveness of wearing masks in schools as a way to help stop the spread of the coronavirus and to keep classrooms open.

The team's research evidence, presented by Drs. Linda Bell and Brannon Traxler, concluded that wearing masks is safe for children and an effective way to help stop the spread of COVID-19 in schools -- but effectiveness is tied to compliance.

Simmer cited part of the research that found that "inconsistent mask use may have contributed to school-based outbreaks."

"From a public health standpoint, until we have a much higher vaccination rate in our schools, science shows that having all people in a school setting wear a mask is an effective and safe way to reduce the spread of COVID-19 in schools and therefore, more importantly, keeping students in school. Doing so will protect our student's health and give them the best opportunity to succeed academically and socially," Simmer concluded.

"As a result, I and our public health team recommend that DHEC adopt the same guidance regarding mask in schools as the previous school year, emphasizing the need for vaccinations and recommending school districts require all individuals -- to include all students, staff and visitors -- to wear a mask while indoors and around others," he said.