While ordinances appear to be similar, they can be different depending on which city or town you're in. 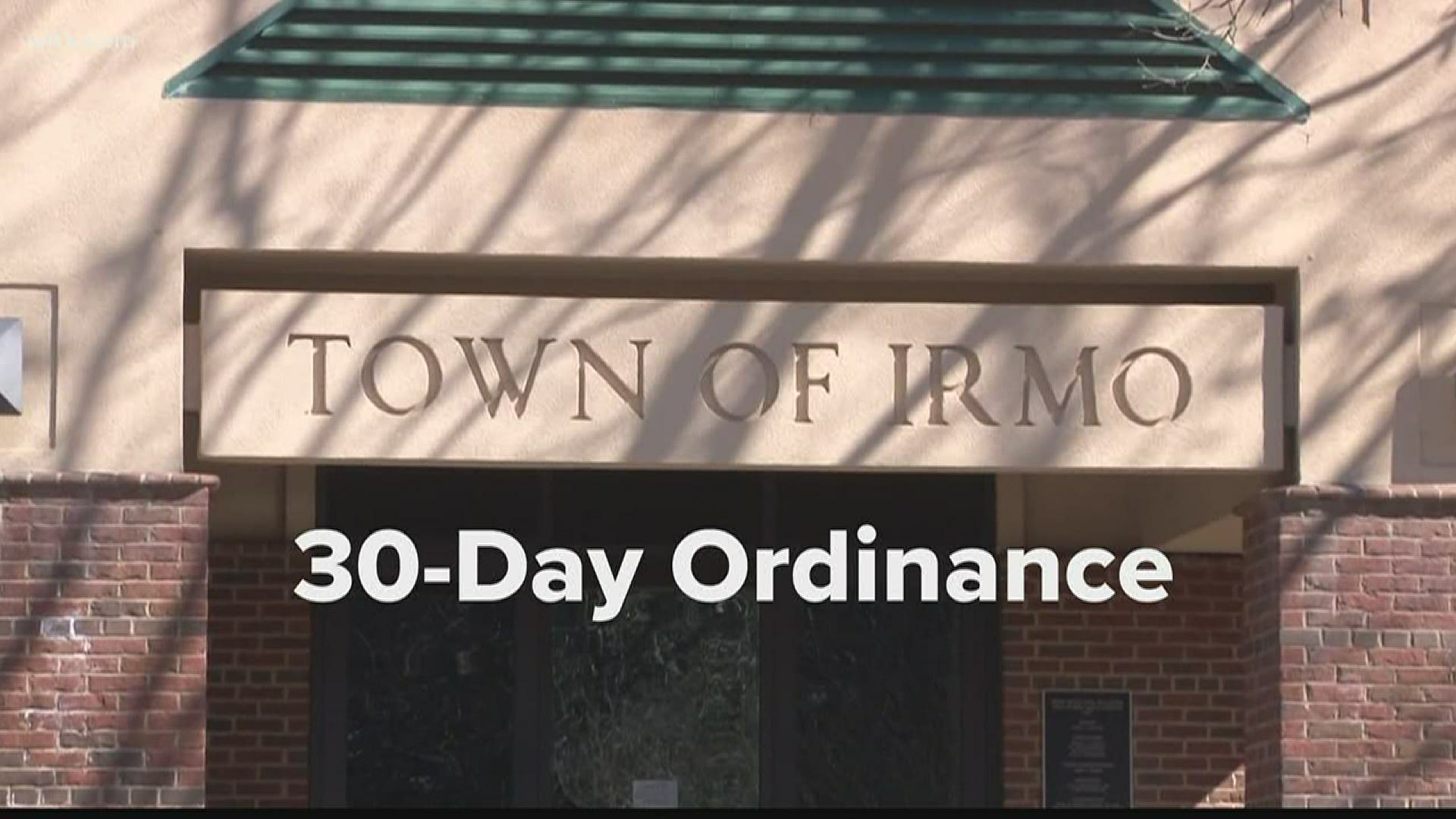 SOUTH CAROLINA, USA — Many towns and cities in South Carolina have adopted mask or face covering ordinances for their communities.

So far, there's not been a statewide or federal mandate for face coverings.

Governor Henry McMaster made comments in a press conference last week about his opinion on issuing a statewide ordinance.

"It's ineffective and impractical," McMaster said. "It is not enforceable. If we have a rule it could give us a false sense of security."

Without state leaders making a uniform mandate on masks, towns and cities are having to make their own.

RELATED: Where are face masks required in SC?

"Unfortunately I'm disheartened by the federal government and our state government and disheartened in the American people that have been divided in half on this," said Irmo Councilman Kelly Busch on Tuesday night before the town approved a new mask ordinance.

While ordinances may appear to be similar in some towns, they can be different once you take a closer look at them separately.

News 19 found some examples with a couple of towns and cities in the Midlands.

In the City of Cayce, if a person doesn't comply with their ordinance and they are not exempted from it, a person can get fined $25 each day. Businesses would get fined $100 each day.

In West Columbia, it's a little different. Their ordinance indicates, businesses would get fined $25 for each day they don't comply. If businesses continue to not follow the ordinance, they could have their permit or business license suspended.

The ordinance goes on to say, "Repeated violations of this Ordinance are additionally hereby declared to be a public nuisance, which may be abated by the City by restraining order, preliminary and permanent injunction, or other means provided for by the laws of this State."

Also some businesses in West Columbia can get an exemption from the ordinance if they can maintain social distancing between a customer and an employee. Businesses would be required to fill out a waiver for the city in order to receive the exemption. West Columbia said on its website, "Grocery stores, Pharmacies, Hair Salons, Nail Salons, Barber Shops, Personal Hygiene Establishments, and Medical Offices are not eligible for the exemption."

The Town of Irmo passed their own ordinance on Tuesday night. While most places in the state have said the ordinance will be in effect for 60 days, Irmo's is only set for 30 days. Town council plans on revisiting the ordinance on the possibility of extending it at the end of the current ordinance.

The Town of North's ordinance requires people to wear masks inside grocery stores, convenience stores, and all other retail shops. What makes it a little different than most is that private offices are exempted from the ordinance.

These are just a few examples of how things can be different in each city. It's important to know what rules each town or city has for their ordinances.

Some cities and towns have similar exemptions from their mask ordinances in regards to age, underlying health issues, religious reasons, or if someone is unable to physically to put on and take off their mask without assistance.

Whether your community has a face mask ordinance or not, the CDC says it's important you wear a mask, wash your hands and use hand sanitizer.