Emergency and front line workers are pushing for a new bill to be passed to help them if they test positive for COVID-19. 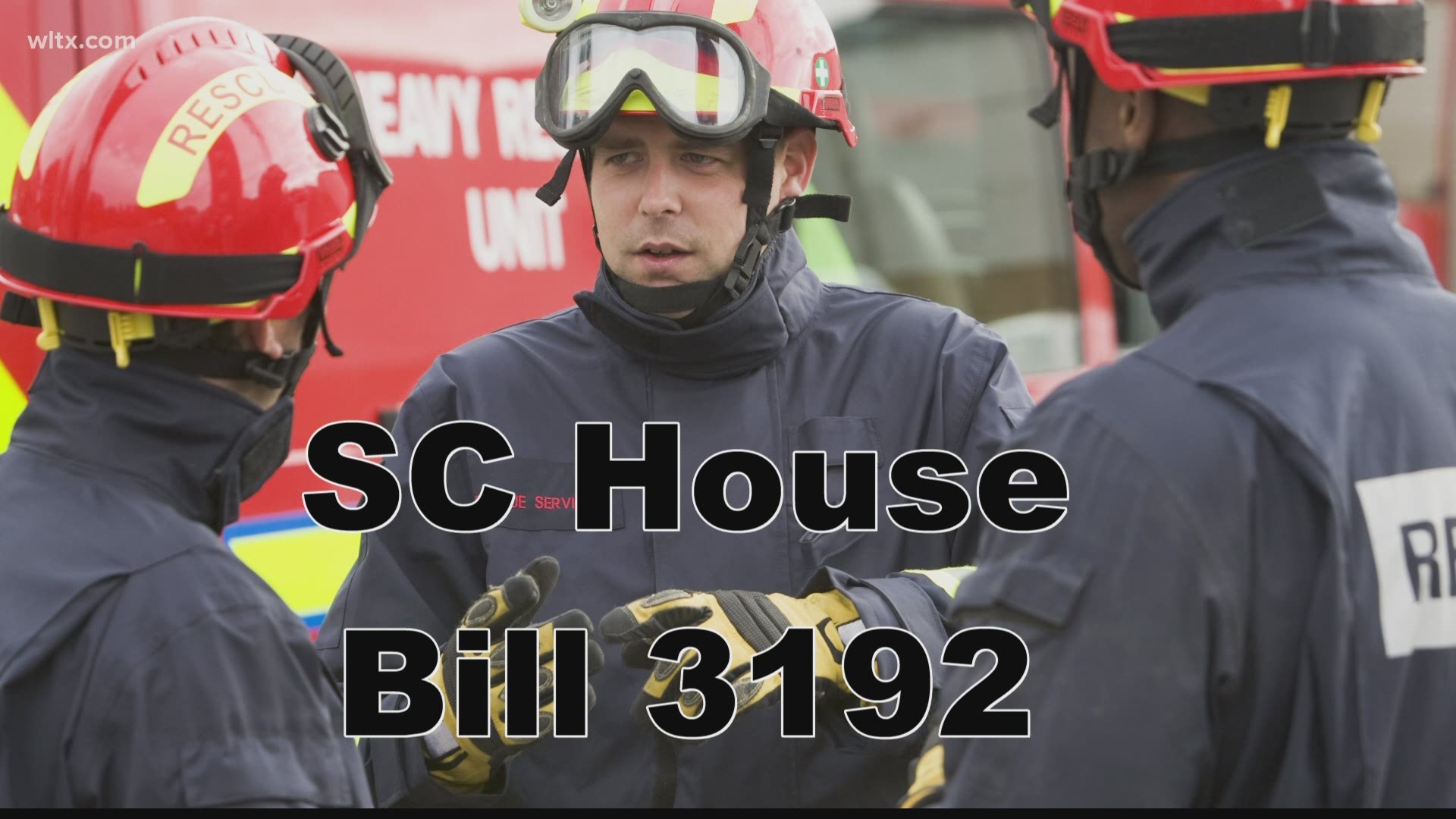 COLUMBIA, S.C. — Some South Carolina emergency and front line workers say it's unfair they have to use their personal leave if they get the virus.

First responders regularly place their lives on the line for others. They are some of the most dangerous jobs during a pandemic. Bill Pesature from the South Carolina Professional Firefighting Association says, "We are willingly doing these things for the community, for the state of South Carolina."

But as the pandemic stretches into a year, he says, "This is not going away, case numbers are up across the state … That means more people are going out on calls … So, there is going to be more possibility of exposure."

Emergency workers, whether it's police, fire or paramedic, are now asking for some help in return. Pesature says, "The new bill for COVID-19 is to cover workers under workers compensation." He says more staff are testing positive.

"People are coming down with COVID while on duty, as a result of working, and they're being forced to burn their vacation time or their sick time."

He's pushing for SC House Bill 3192 to be passed. This bill will allow first responders and health care workers who contract COVID-19, to be entitled to workers' compensation benefits. Representative Russell Fry drafted the bill. He says, "Currently, a first responder or healthcare must use their own sick time accrued if they have it."

He says this bill will give them options, because those on the front lines, are giving their all to save those in need.

"For people who have long-term, lingering effects of this that are out for several months at a time, this is for them."

Representative Fry says he hopes to talk to the committee Chairman and other members of the general assembly in the coming weeks.