Experts: Steps for a safe Thanksgiving should start now

Without proper precautions, infectious disease experts warn Thanksgiving 2020 has all the trimmings for a major surge in infections. 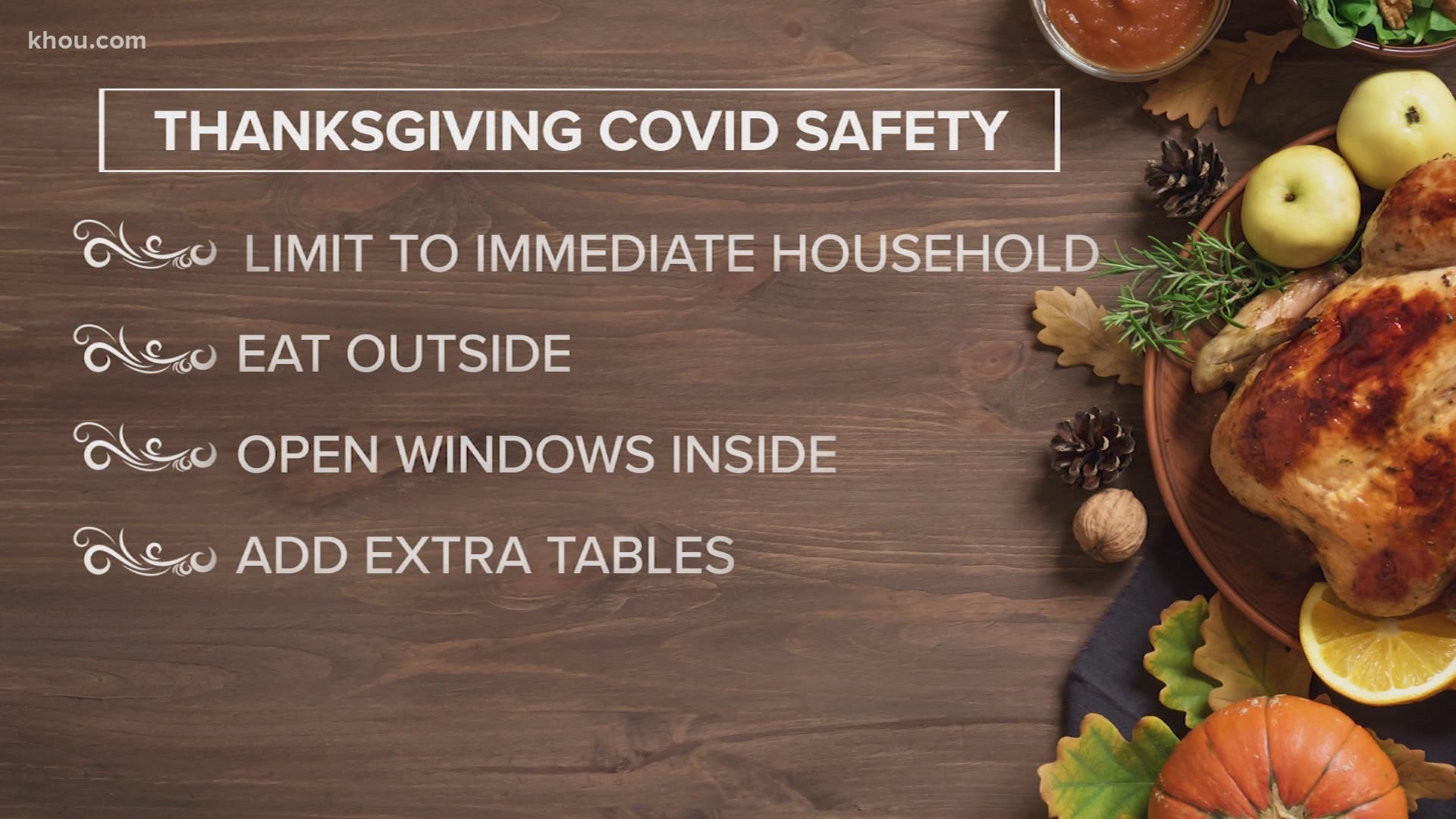 Without proper precautions, infectious disease experts warn Thanksgiving 2020 has all the trimmings for a major surge in infections.

For the same weeks, the University of Texas Austin COVID-19 dashboard shows an increase in positive cases from 20 to 60 and a positivity rate increase from 0.6 percent to 1.4 percent.

The spike has prompted a new push for testing by university leadership, and students appear to have responded.

“That’s part of what should be done is testing the students before they go home, but all that means is that the student is negative that day,” said Dr. Catherine Troisi, an infectious disease epidemiologist at UTHealth School of Public Health.

Troisi said while testing is a good thing, it does not make you bulletproof.

“Nothing by itself is 100 percent,” she said. “It’s when you put all these different precautions together that you can be much safer.”

Those precautions need to begin right away according to health experts. For the remaining time on campus, students should be extra careful.

“Quarantine to the greatest extent possible would be wise,” said Dr. James McDeavitt, Senor Vice President and Dean of Clinical Affairs at the Baylor College of Medicine.

As for Thanksgiving itself, McDeavitt said the safest course of action is for families to build their own “holiday bubble,” similar to the protocols the NBA imposed during the playoffs. If that isn’t possible, McDeavitt advised to “engineer” a safe holiday following CDC recommendations.

Those include limiting gatherings to those who live in the immediate household. If extended family guests are attending, health experts advise to eat outside. If the weather doesn’t cooperate, turn up the heat and open windows to create more airflow.

And the traditional Thanksgiving “kiddie table?" Set up an extra one or two to distance guests.

Without those precautions, the risk of transmission goes up.

“There’s a real risk the holidays could become a super-spreader event,” Dr. McDeavitt said. “The reality is we could be facing a surge that is worse than what we lived through in Texas in July.”