One reason people aren't taking tests is that results are taking too long, doctor says. 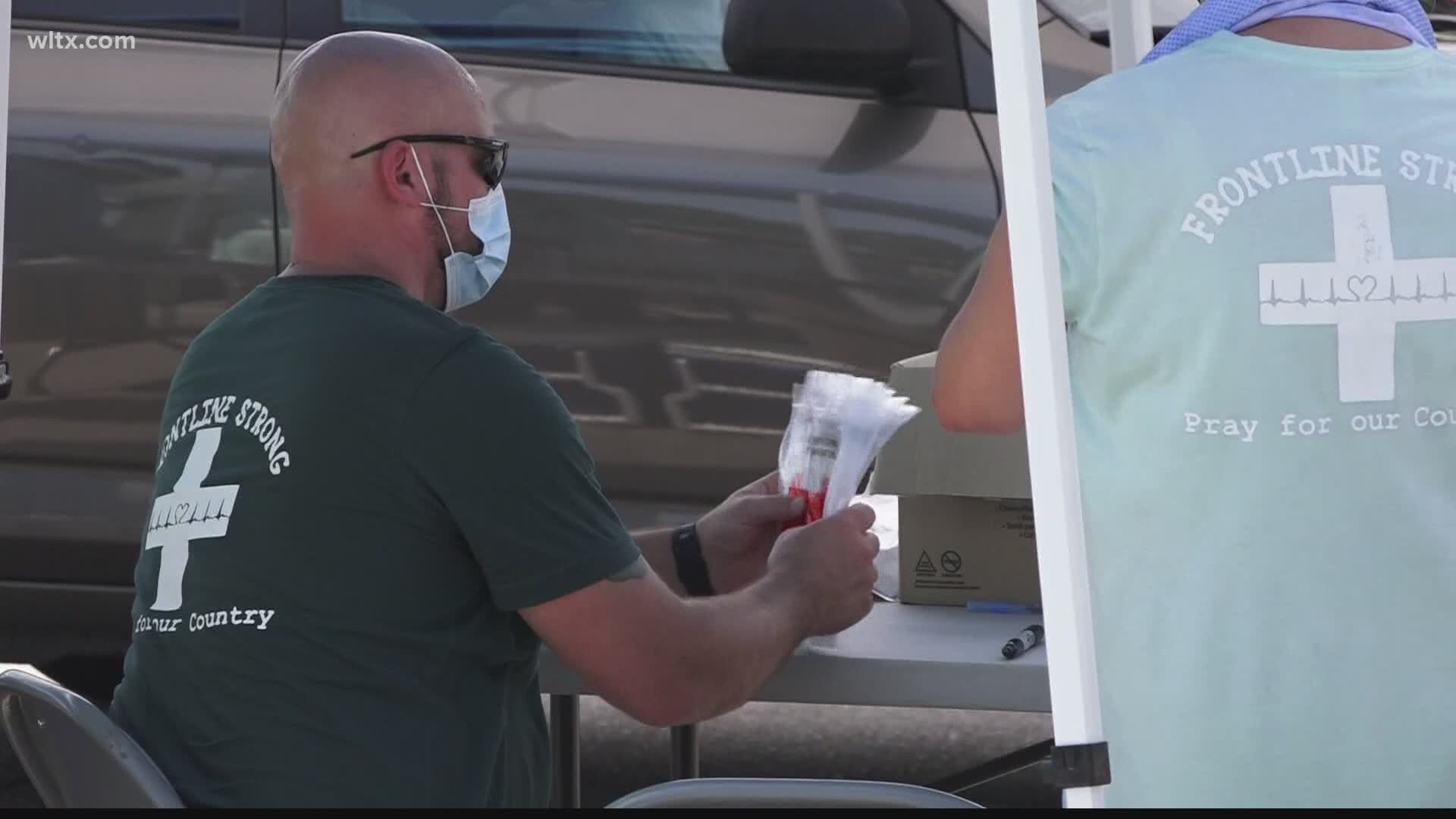 COLUMBIA, S.C. — Fewer people in South Carolina have been getting tested for COVID-19, data from the state's health agency shows.

The graph included in this article shows how many people in South Carolina got tested over the past 14 days, using data from DHEC. The agency reports the total number of tests taken each day, not including antibody tests. On July 31, over 8,000 people were tested for COVID-19. On August 11, only 3,600 people took the test. That number increased on the 12th to 5,700 people.

"Any one day, things can go up or down a lot and that can be driven by it’s a hot day, or it’s a weekend, so I wouldn’t look too close at day to day, I’d look at the trends over time, but there have been some declines," Dr. Michael Sweat with the Medical University of South Carolina says.

There are many different reasons why fewer people are getting tested for the virus. One might be that results are taking too long to get back to people, Dr. Sweat says.

"The demand for testing got very high, very quickly. It overran the capacity to turn those tests around. It created shortages of certain supplies we needed to run those tests. And then the equipment is being run 24 hours a day, 7 days a week and it’s taking a toll on the equipment, and there aren’t enough technicians to get the equipment up and running constantly. So, all those things have added up to delays in getting tests back. That will dissuade people from testing, if they think ‘I’m not gonna get a result for a week.'"

"We need to have quicker testing," the governor says, "To have a test and have to wait 7 to 8 days, you might’ve been negative when you took the test but positive when you get the results. So, we have to have more testing."

Dr. Sweat predicts that once tests results are sped up, more people will go get tested for the virus.

We also reached out to Lexington Medical Center to get their testing numbers, but haven't heard back yet.