Can you get the flu shot and the COVID booster at the same time?

Officials say we could soon be in the middle of a "twindemic", battling flu season on top of COVID-19. 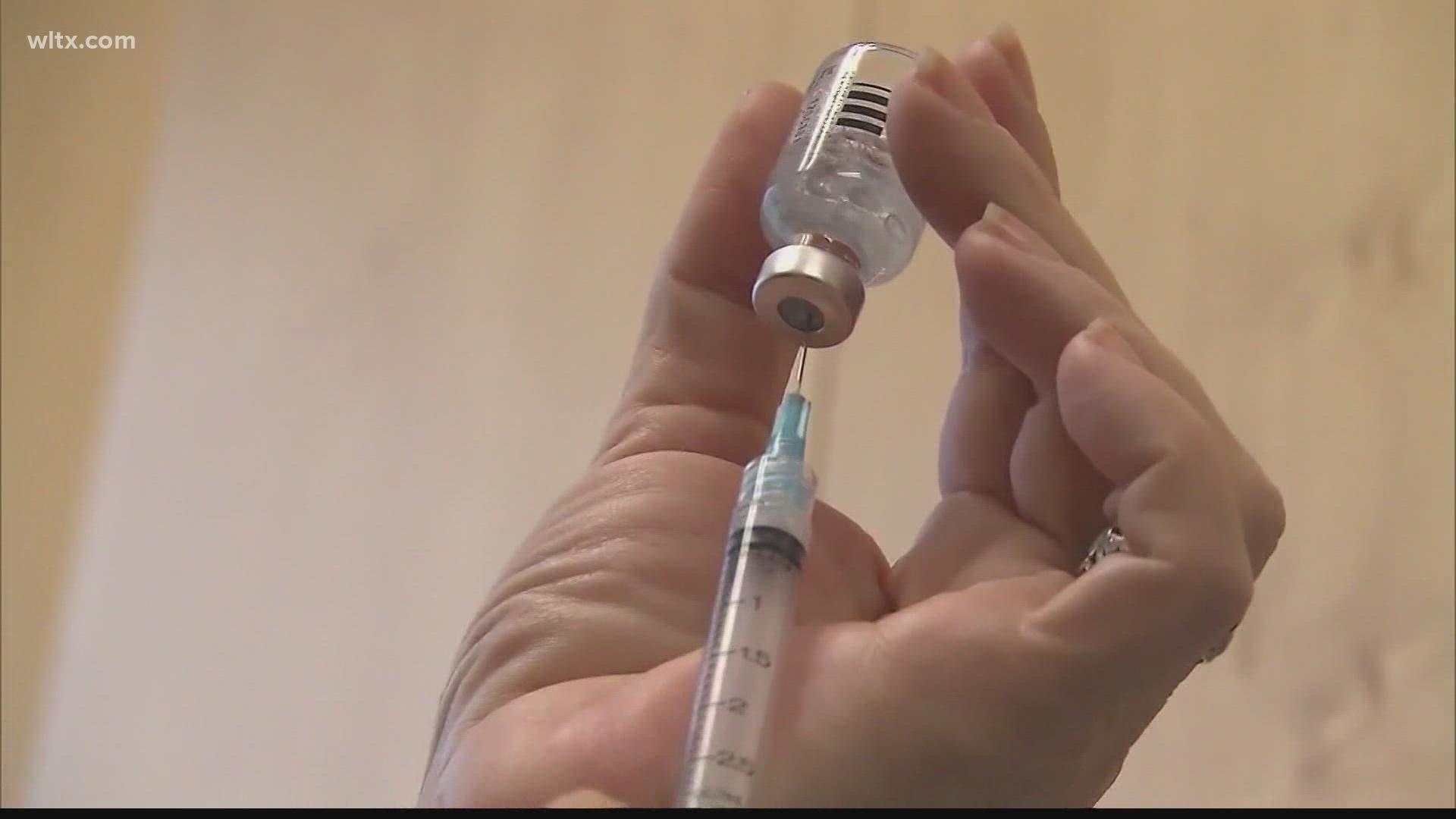 COLUMBIA, S.C. — A week from Friday, the COVID booster could be approved by the FDA.

At the same time, many people may be due for a flu shot.

Officials say we could soon be in the middle of a "twindemic," battling flu season on top of COVID-19.

So when is best to get both vaccines and is it safe to do so at the same time?

Dr. Helmut Albrecht, an infectious disease physician with Prisma Health, says on September 17 the FDA will decide how and when to do the vaccine booster.

"It could be that it's initially only with Pfizer. Moderna data are a little weaker on that. J&J is generating the data right now," said Albrecht.

Once approved, a CDC advisory panel will determine how long to wait for the booster.

RELATED: Why a booster shot for the COVID-19 vaccine is not unusual

In recent weeks, experts have suggested getting the booster shot eight months after your shots and getting your flu vaccine as soon as possible.

For many who received the COVID vaccine in December and January, their booster may be due as soon as it's FDA-approved later this month.

If you don't want them back to back, Albrecht says to prioritize the booster.

"You can take them together. If you space it a week or two is plenty. If you've recovered from the immune effects of one vaccine, you can get the other. Currently the risk of COVID is so much larger in our community than influenza. They will not potentiate the side effects for each other," he said. "If you've received one and feel good, you can get the other and it does not cancel each other out."

RELATED: Parents urged to make sure children are up-to-date on all vaccinations, including flu shot

In an interview on CBS Mornings, medical contributor Dr. David Agus says next season we may not be as lucky.

"Last year, we had a pretty wimpy flu season mainly because of the precautions we took to COVID-19 which also prevent the flu," said Agus. "This year, as precautions are going down, we're getting worried."

Keep in mind, boosters are different than the third vaccine shot for the immunocompromised. Those eligible can get their third shot four weeks after their second. Dr. Albrecht says this is part of the initial series that is authorized right now.

RELATED: Yes, you can get a COVID-19 vaccine booster shot and the flu shot at the same time

"Studies mostly in transplant recipients have shown the two vaccines don't establish enough of a protection in immunocompromised patients," Albrecht explained. "If you qualify for [a third shot], you should get one."

In the past, U.S. health officials have discussed recommending COVID-19 vaccine boosters eight months after the second dose.

Adding a booster to the first shots in patients over 60, said Albrecht, showed a significant drop-off in the number of breakthrough infections. He says there was an additional ~80% protection from symptomatic infection with a booster.

#COVID19 vaccine boosters may be available starting this fall for people who received their second dose of mRNA vaccine (either Pfizer-BioNTech or Moderna) at least 8 months prior.

RELATED: How to spot the difference between COVID-19 and RSV in children

"What we're seeing now in our vaccination clinics is that a lot of people are getting third shots and very few are getting first shots," said Albrecht. "While it's better than to give no shots, I would really like to have a lot more people come in and finally get on board to get on the right side of this equation and be vaccinated with their first and their second shot."

Right now, health experts are researching if someone can "mix and match" vaccines, like getting the Pfizer booster if you initially received the Moderna shot. For now, doctors say stick with the same brand.