'We need to move faster': Governor McMaster urges hospitals to speed up vaccinations

The Governor said he may enact another Executive Order soon to speed the COVID-19 vaccine process in hospitals. 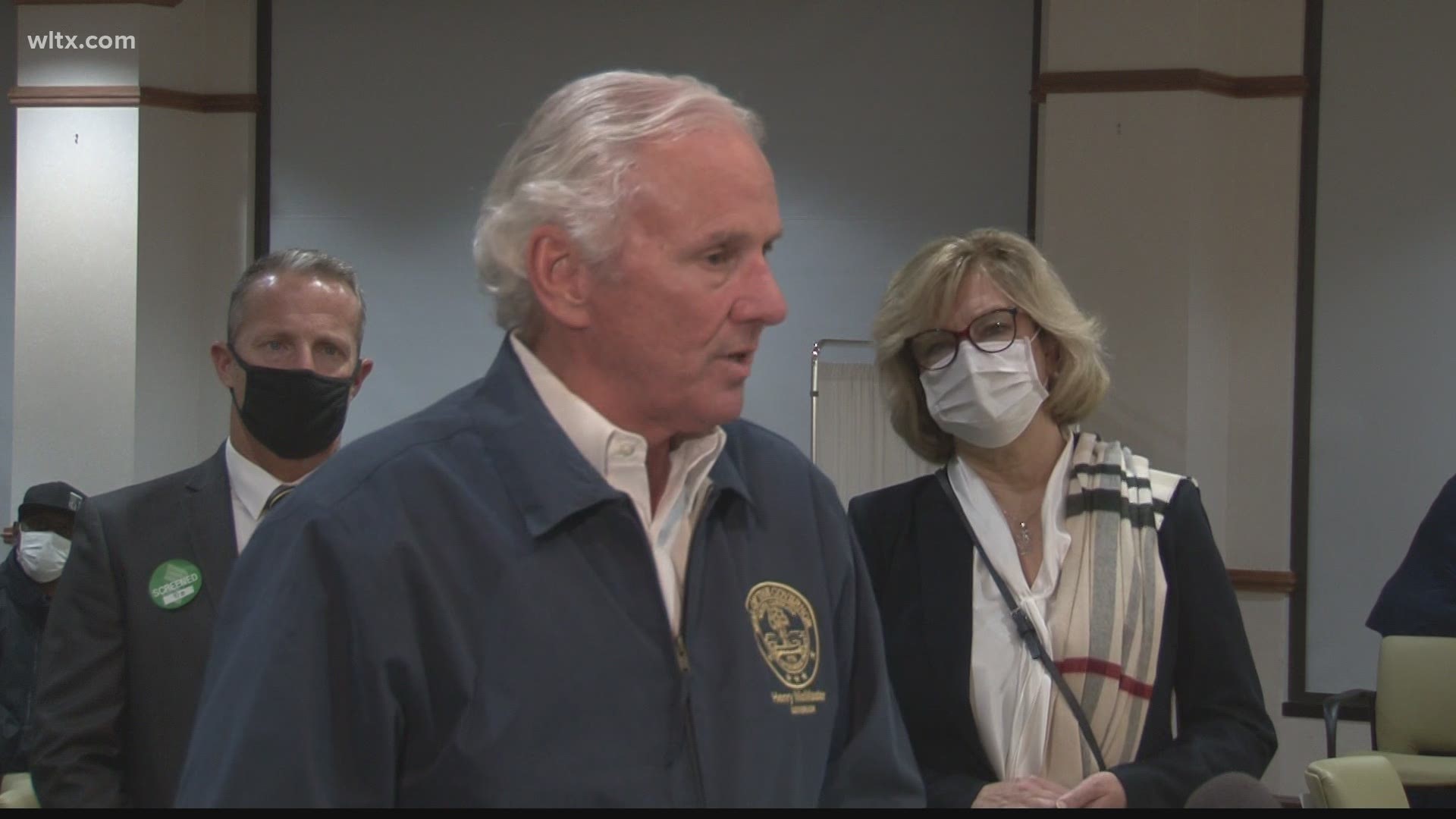 "We are urging the hospitals to speed up the process," said the Governor on Monday. He visited Lexington Medical Center’s COVID-19 vaccine clinic and said all hospitals should have a similar process as them.

"What we want to do is be sure the hospitals are moving as fast as they possibly can," McMaster said. "Those that are not moving as fast as they can, for some reason, will be encouraged or required by Executive Order to change their procedures and see to it that those shelves are empty before that next shipment comes in."

“We need to move faster in getting vaccines in arms of people that want them,” says Governor McMaster. @WLTX. He says he’s urging hospitals to move as fast as possible with vaccinations. pic.twitter.com/nhcOt221RT

McMaster said he hopes to change the age requirement from 70 to 65 as soon as possible. "The faster the hospitals start giving the shots, the sooner we can expand this group to those perhaps 65 and older," he said.

Hospitals receive weekly vaccine allotments from the federal government. McMaster said all shots should be given to people before the next shipment comes in. He urged, "the hospital shelves must be empty!"

DHEC has reported that all vaccine currently in South Carolina is already spoken for and demand is outweighing supply. However, the Palmetto State can’t increase the weekly amount that it receives.

"We don’t know if we’re going to get more before March or mid-March, that has already been allocated," said McMaster. "But we can count on what’s been allocated to us, which is 822,000 doses."

RELATED: SC seniors line up for support after challenging start to vaccine registration

The Governor said he hopes vaccines that we do have can be administered faster, so more lives can be saved. As of January 18th, South Carolina has received nearly 318,000 doses and has administered a little more than half.