The hotspots and service will help provide internet access to hundreds of thousands of children who don't have it at home. 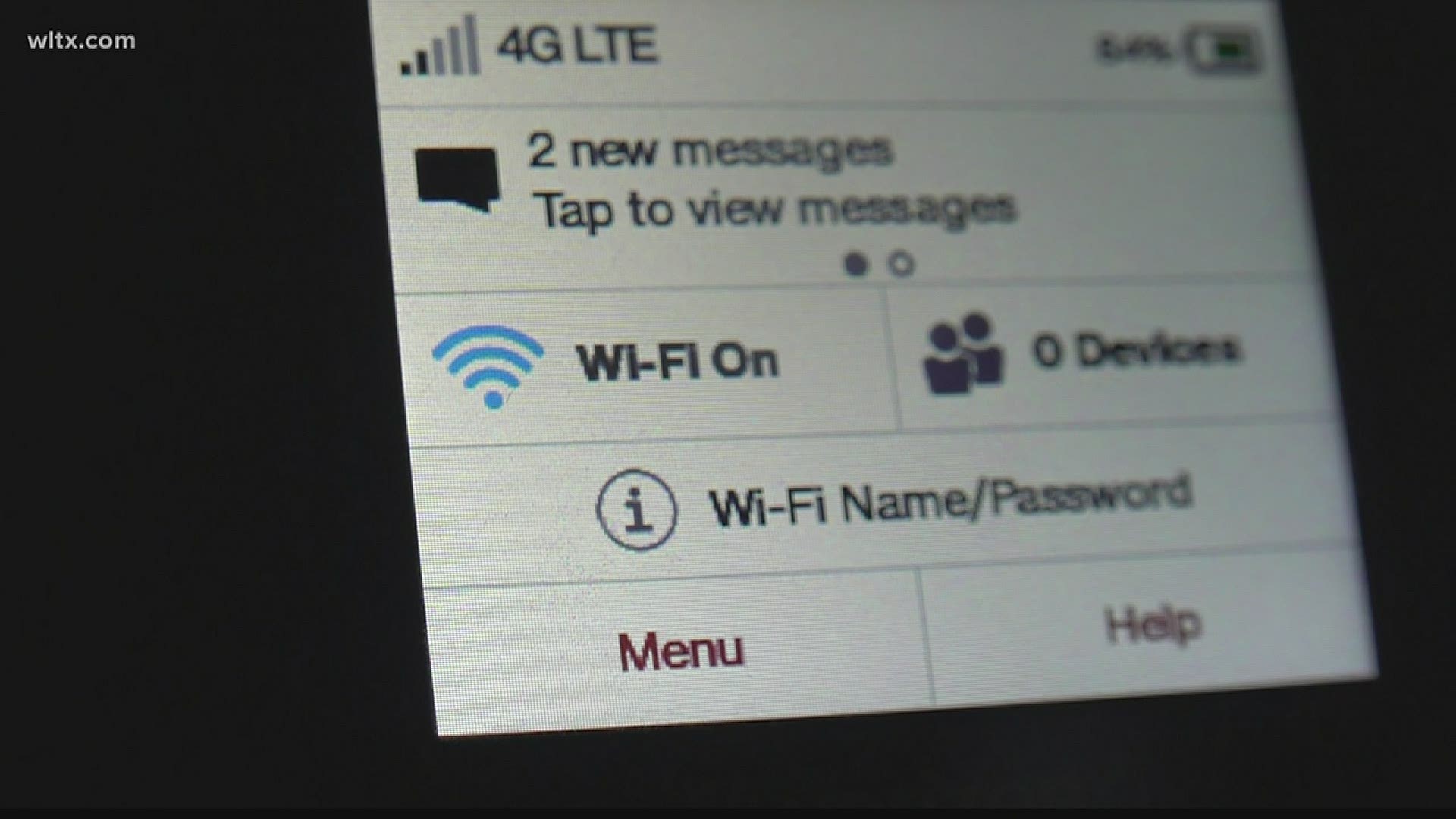 COLUMBIA, S.C. — Several state department have announced they'll be helping to provide internet hotspots for kids across the state who have trouble getting access to the internet.

Since the coronavirus pandemic started, school districts across the Palmetto State have been working on plans for the new school year. Many districts have made it an option for kids to learn online if families don't feel like it's safe enough to return to in-person classes.

It could be a challenge for some families to learn from home if they don't have reliable internet access.

According to a joint press release, "Priority is being given to households in counties that contain a school district that has been defined by the South Carolina Department of Education as having a poverty rate greater than or equal to 86 percent."

In the Midlands, this would include Fairfield, Lee, Clarendon 1, Clarendon 2 and possibly Orangeburg.

The press release also says, "For all school districts and educational institutions, paperwork will be sent out on or before July 27, with a deadline for orders being returned by Aug. 5."

The release goes on to say, "As part of the authorization of the CARES Act funding, schools – public school districts as well as private schools, special schools, charter schools, private colleges, universities, or technical colleges – are responsible for distributing the mobile hotspots to eligible households."

Throughout the 2020-2021 school year, daily cleaning protocols will be based on DHEC, CDC and OSHA guidance. Priority areas for cleaning will include classrooms, large group gathering areas, restrooms, hallways and high-touch surfaces. (1/2) pic.twitter.com/mbks2Ht61C

"Act 142, provided that some of the (CARES Act) money, it's a reimbursement, some money would be set aside up to $15 million for three items. One is this mobile hotspot and monthly internet service as part of an online learning," said Nanettte Edwards, the Executive Director of the SCORS.

The other items include mapping, planning for infrastructure and adding additional broadband deployment.

"We have focused our energy on the first part of the program which is lining up contracts with vendors for a mobile hotspot and we are actually working this week, we've received quotes from the wired broadband providers in the state on Friday," explained Edwards.

The SCORS are going through the quotes and pricing for wired internet service.

Having internet access for students during the pandemic has been discussed during the Accelerate SC meetings.

Edwards says the funds available have to be spent by December 31st, 2020 as a part of the CARES Act limitations.

Right now the program for the hotspots will go on until December this year. There's been discussion if it will need to be extended further to another date.

If a parent is interested in getting a hotspot for their child, Edwards suggests you get in contact with your child's school.

"What I have advised is that the parent contact their school. The parent should contact their school and let them know that they would like to participate in that program and that if they believe they qualify on the basis of income eligibility, to let that school know," said Edwards.

Edwards feels the pandemic has highlighted the issue of internet access for families in the state and this program will help even after the pandemic is over.

"I do believe that broadband and access to the internet, even in a normal return to environment, there's going to be a desire to make sure that our school children and higher (education), that they have the ability to utilize that internet service when they're doing their homework even if they spent a full day at school," said Edwards.

So far, the SCORS has already secured up to 200,000 hotspots. As part of the Children's Internet Protection Act, security measures will be placed on the device so schools can block or unblock certain websites.