Some people have had issues finding appointments in the right time frame to receive the second dose of the vaccine. 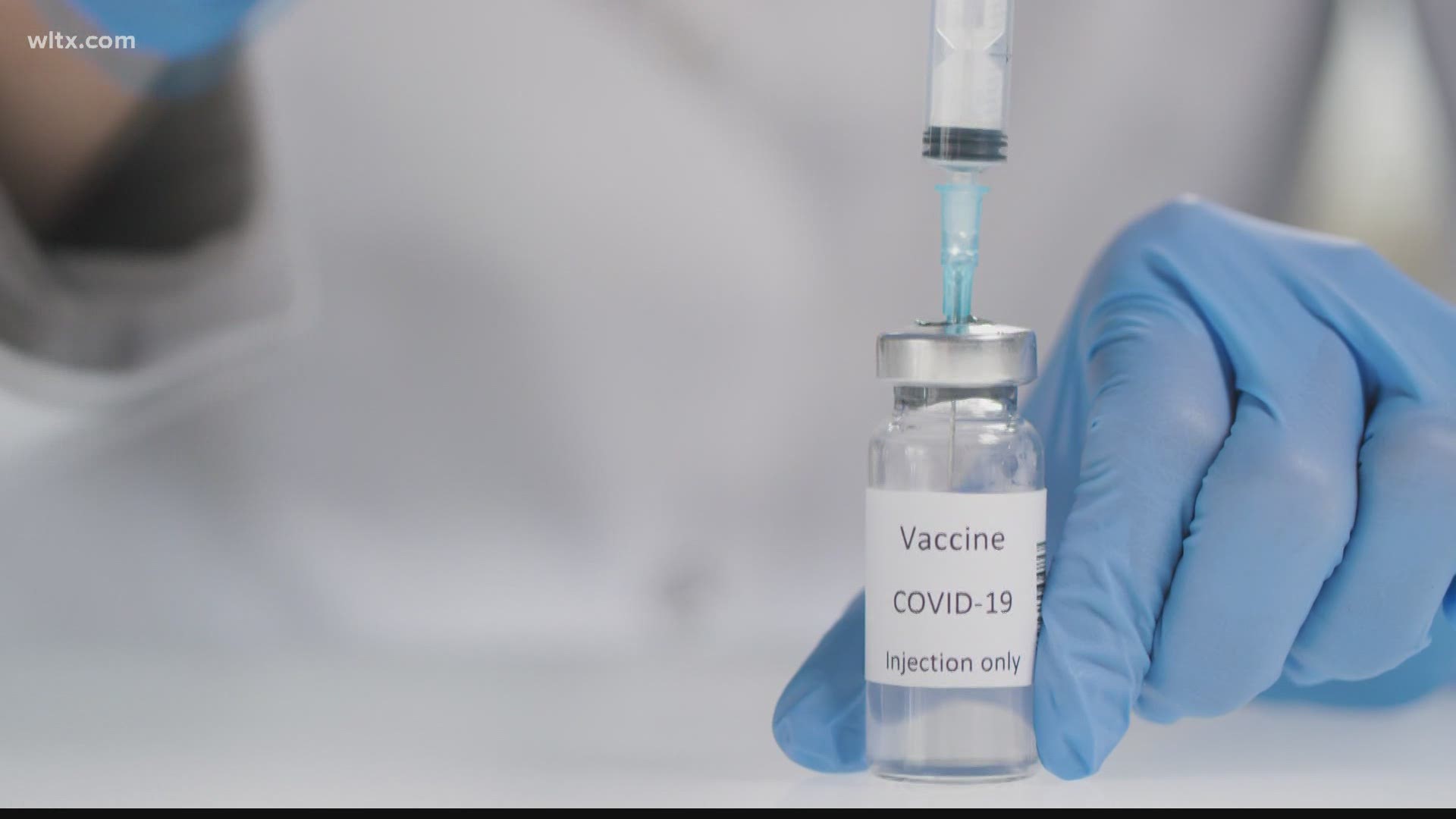 COLUMBIA, S.C. — Some people in South Carolina are having issues getting appointments scheduled to receive the second dose of the coronavirus vaccine.

Jennie Mccollums says she was able to get her parents their first COVID-19 vaccine appointment scheduled through the VAMS system.

"When they were leaving, they were told to go back out to the VAMS system to schedule their second dose in the time period, I think it was February 3rd through the 8th," said Mccollums. "So I went out to try and do that for them and there were no appointments in that time period."

Since then, she's been looking at locations across the Palmetto State to see if she could find an appointment in that time frame, but so far no luck.

"[Tuesday] morning, I tried to find something earlier. In order to do that, I have to cancel the appointment that they have on the VAMS system before I can even view what else is available," explained Mccollums.

She was able to find a different appointment at a different provider, but it would be 28 days after the first dose.

Mccollums says the process of scheduling appointments has been frustrating and has made the already stressful situation for seniors worse.

"I just feel like we're doing our seniors a disservice by making it so complicated and that if you're going to give someone a shot, give someone the vaccine, that there should be a system in place so that the second booster is scheduled at that time so that people aren't scrounging around looking for somewhere, anywhere in the state to find the booster," said Mccollums.

Mccollums would like to see providers who provide the shot to schedule the second dose before patients leave the office. She would also like it if people could schedule both the first and second dose of the vaccine simultaneously.

Dr. Brannon Traxler, the Interim Public Health Director, expressed how important it is to get the second dose of vaccine during Monday's media briefing.

"Please do not forget it's extremely important to get your second dose of vaccine," said Dr. Traxler. "People should not leave their first dose appointment without knowing how and when to get that second dose."

News 19's Vaccine Team reached out to state officials to find out what people should do if they are in this situation.

According to health officials, DHEC doesn't schedule appointments, providers do.

State officials say people who are in this situation should continue to call their providers, explain the situation and work to get the vaccine in the appropriate time period.

Right now the demand for the vaccine outweighs the supply currently available for the Palmetto State.

Officials hope if more vaccines are able to be shipped to the state, this will open the door for more appointments to be scheduled.