It's a welcomed change some staff members say, following months of limited service due to the coronavirus. 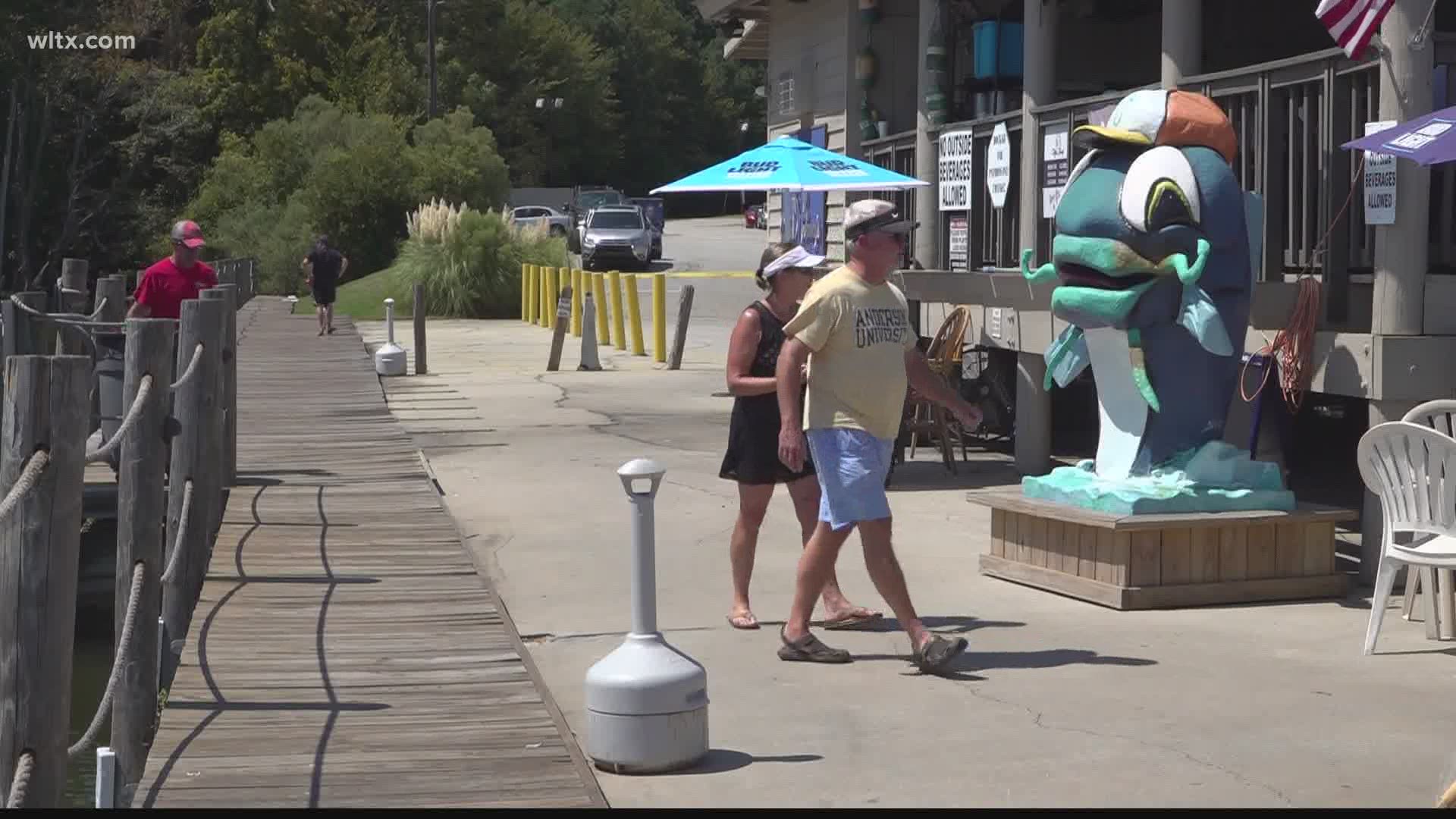 LEXINGTON COUNTY, S.C. — Some businesses have seen increased traffic this Labor Day weekend, as customers leave home for food and a little sunshine.

It’s a welcomed change for Harley Nelson, a server at Catfish Johnny’s on Lake Murray, following months of limited service due to the coronavirus.

“It’s been kind of rough since the beginning,” Nelson said, “but seeing a good amount of people has been nice.”

He called the increased traffic a blessing after a slow few months due to the virus.

“Since everybody’s off from work today and stuff like that, I guess everybody’s coming to get their car washed,” Johnson said.

A few minutes away, at Lake Murray Hardware, was Anderson Coleman. He says they’ve been in business for nearly 20 years, but this year, he noticed a change.

“It’s been a little slower today, but overall hasn’t been horrible,” Coleman said. “We were expecting more people grilling out, hanging out outside, buying boating and fishing stuff, but, I guess with all the things going on, more people stayed home than they normally would have.”

Despite this, he says he’s thankful for the foot traffic he received and is looking forward to the months ahead.