Several lawmakers want to return to the State House to vote on overturning the proviso, while others still support it. 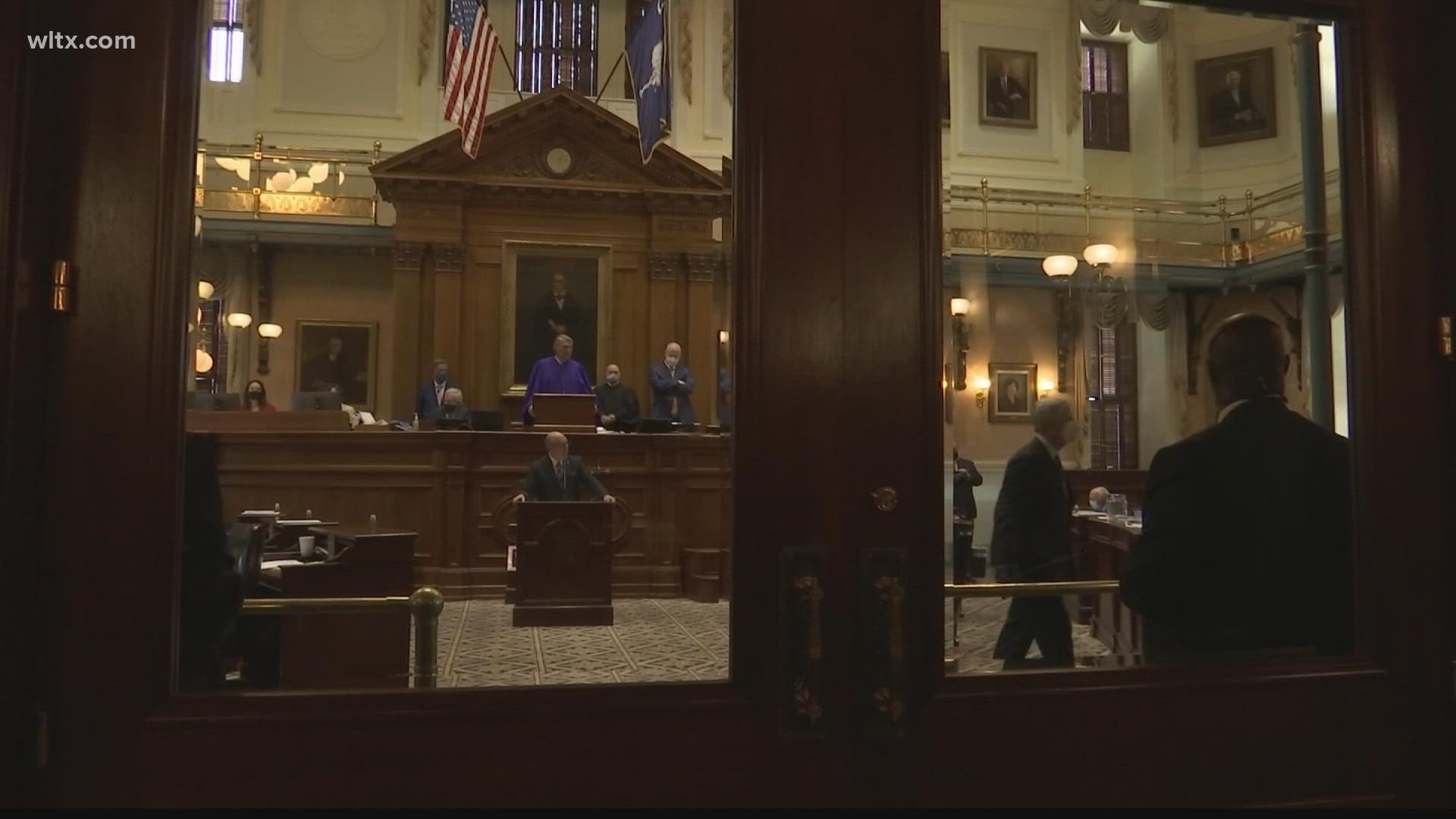 COLUMBIA, S.C. — South Carolina lawmakers passed a proviso in the state budget prohibiting schools from requiring masks this year. Now, with cases climbing, many want to return to the State House to overturn the law, while others still support it.

RELATED: VERIFY: No, South Carolina school districts are not allowed to require masks

According to budget proviso 1.108, school districts could lose state funding if they mandate masks.

“I did ask that the General Assembly come back because I do feel like those people that voted to put this mask proviso in place need the opportunity to change that vote if they would so choose," said House Minority Leader Todd Rutherford.

"I believe that at the end of the day, children are going to lose their lives if they're given the opportunity to not wear masks in large group settings,” he added.

RELATED: SC Democrats call for special session of Legislature to clarify wording on masks in schools

Lawmakers, both Democrat and Republican, wrote a letter to leaders in the legislature asking them to return for a special session.

“The climate is different now than it was at the time the proviso passed. Clearly COVID, the delta variant have come on aggressively. I don't think that’s something any of us foresaw at the time we took up the budget,” Senate Minority Leader Brad Hutto said.

Others disagree with the letter and want the proviso to stay in place.

"I don't think the General Assembly needs to come back for a special session. I supported the proviso I continue to support it," Representative RJ May of Lexington said.

May said he thinks it should be up to parents to decide whether a student should wear a mask.

“I think this is protecting personal liberty and personal freedoms," he said about the proviso.

Since the law took effect, Richland School District One and Charleston County Schools implemented mask mandates, as did Richland County and the City of Columbia, which is now being sued by the State Attorney General.

“This was a budget proviso not permanent law, and that needs to be remembered as we go through this process," Rutherford said. "This is about saving lives, and I applaud the City of Columbia, I applaud the school leaders who are wanting to put saving lives first above an attorney general's opinion.”

The Speaker of the House and Senate President have the authority to call lawmakers back into session. So far, they haven’t indicated whether they will or not.

If that doesn’t happen, the issue of whether schools can mandate masks may be figured out in court.

RELATED: How to deal with bullying over your child's face mask choice