Students will no longer be required to wear masks as of May 10. 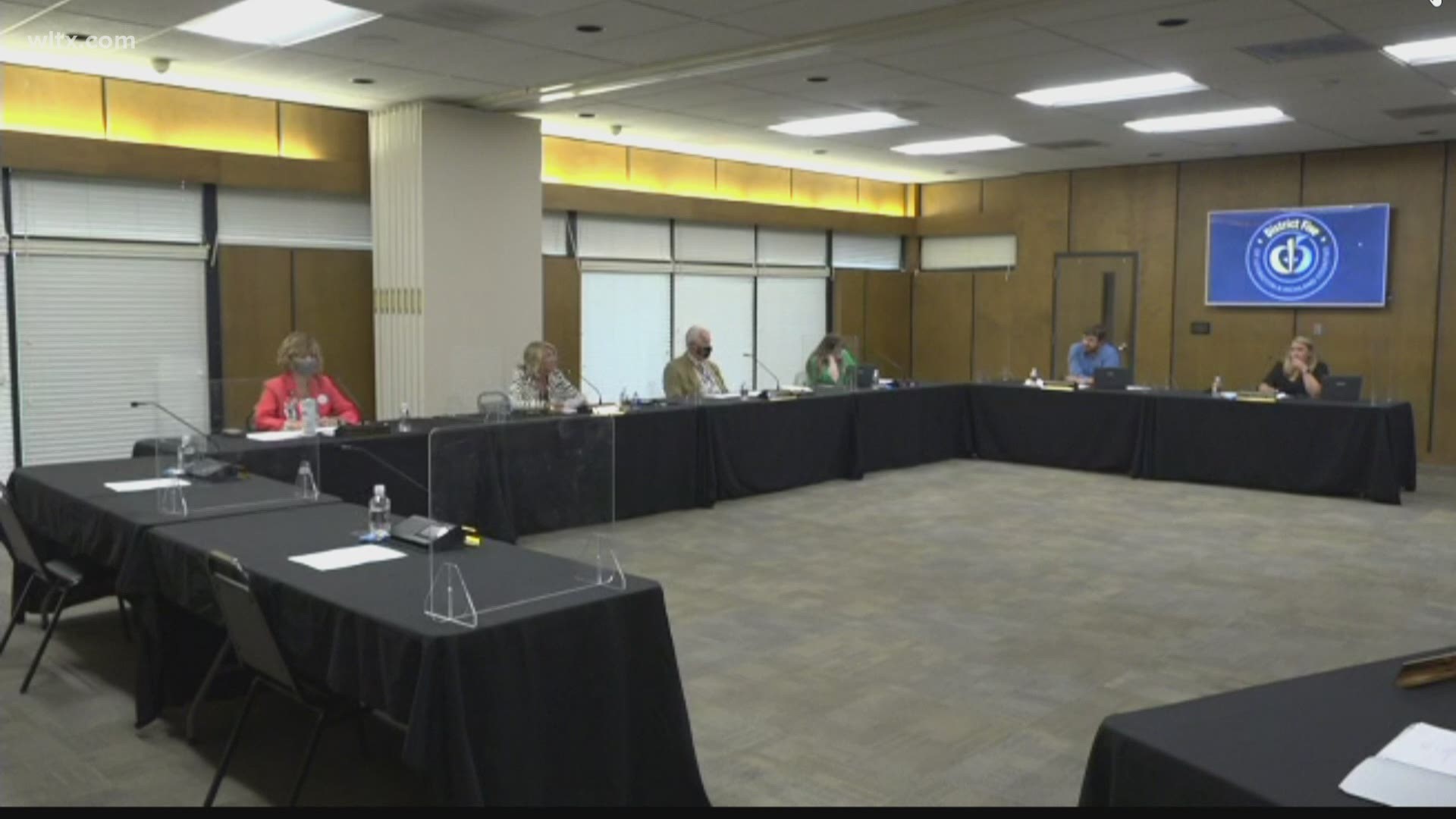 IRMO, S.C. — Lexington-Richland School District Five has decided to allow students and staff to choose if they want to wear face masks, becoming the first district in the Midlands to relax that rule.

The board voted in favor of changing their policy at a special called meeting Tuesday night. The vote was 4-2, and the change will go into effect on Monday, May 10.

The board said students would still have the choice to wear masks. The board members said they believe masks would still be required on buses, since those are owned by the state, which has a guideline that mandates masks on those transportation devices.

Before taking the vote, the board heard from over a number of parents who argued both for and against keeping the mask rules.

The change comes about a week after South Carolina Gov. Henry McMaster came out strongly for school districts statewide to drop the rule, calling it "ridiculous" that those rules were still in place. He said it was the parents choice.

After McMaster's remarks,  the South Carolina Department of Education advised district to continue to keep their mask ordinances in place. The agenda suggested that if the governor wanted to change this, he could issue an executive order.

They go on to say that the current face mask policy will remain in place through the remainder of the school year.

The director of South Carolina's health agency, Dr. Edward Simmer, said students should continue to wear masks as school. “Although we are getting more and more South Carolinians vaccinated, we are not close to herd immunity yet. From a public health standpoint, DHEC recommends that those municipalities with mask ordinances in place should keep them in place for now," he said.