Mike Pence and Henry McMaster met in South Carolina as the first vaccine is expected to get federal approval in the coming days. 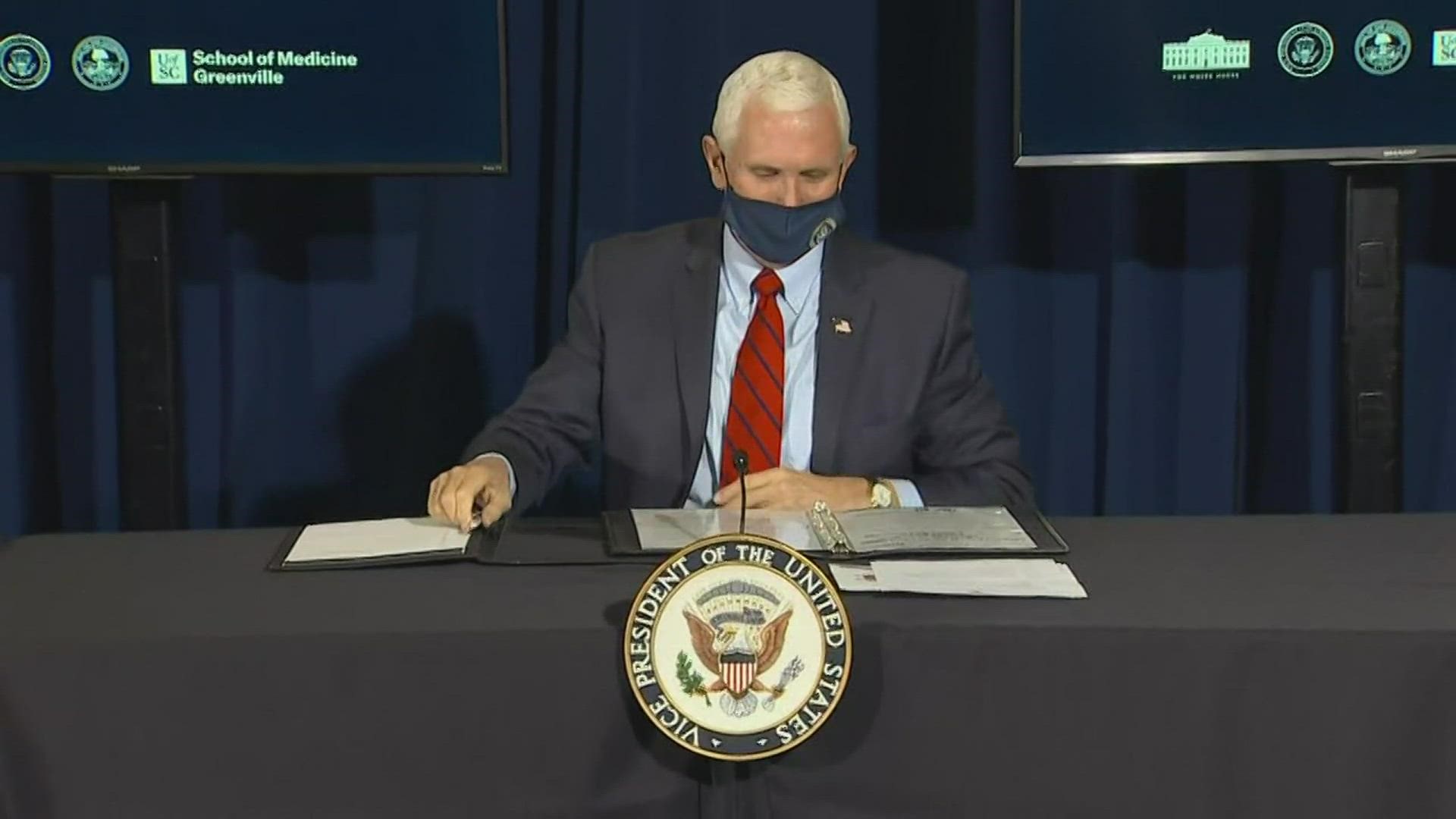 COLUMBIA, S.C. — Vice-President Mike Pence praised South Carolina's coronavirus plan, adding that he believes the COVID-19 vaccines will bring an end to the pandemic in the coming months.

Pence and South Carolina Gov. Henry McMaster held a roundtable at the University of South Carolina School of Medicine in Greenville Thursday, where Pence made his comments. They were joined by Health and Human Services Secretary Alex Azar, Lt. Gov. Pamela Evette, members of the state’s congressional delegation, and other state leaders for a discussion on Operation Warp Speed and the state's vaccine distribution plan

"We are just a few short days away from what I believe will be the beginning of the end of the coronavirus pandemic in America," Pence said.

In clinical trials, the vaccine was said to be more than 90 percent effective. However U.K. officials have said that people with a history of serious allergic reactions shouldn’t get the vaccine. Government officials there are investigating two reports of reactions that occurred when the country began mass vaccinations.

Another vaccine created by Moderna is expected to get approval before the end of the month.

Azar, Pence, and McMaster talked about when the vaccine--which will be limited in who can get it initially--would be available to everyone. They said in the spring, with Azar adding April or May.

Rollout in South Carolina to healthcare workers and people at nursing homes could begin next week. DHEC leaders have said they will following a multi-stage rollout of the vaccine that's consistent with CDC guidelines.

DHEC has said the federal government has told them to expect between 200,000 and 300,000 doses by the end of the year. That number could change, however, going up or down. It's also important to note that the vaccine requires two doses, spread out over several weeks.

McMaster said Wednesday it will take months to vaccinate people, however, and that means people will need to wear masks and social distance for months to come to stay safe from the virus.

RELATED: How to protect yourself from scams during the roll out of COVID-19 vaccines