Myrtle Beach Mayor calls recent criticism 'unfair,' says 'We are just as safe as anywhere else'

The Mayor says visitors have a personal responsibility to follow public health guidelines. 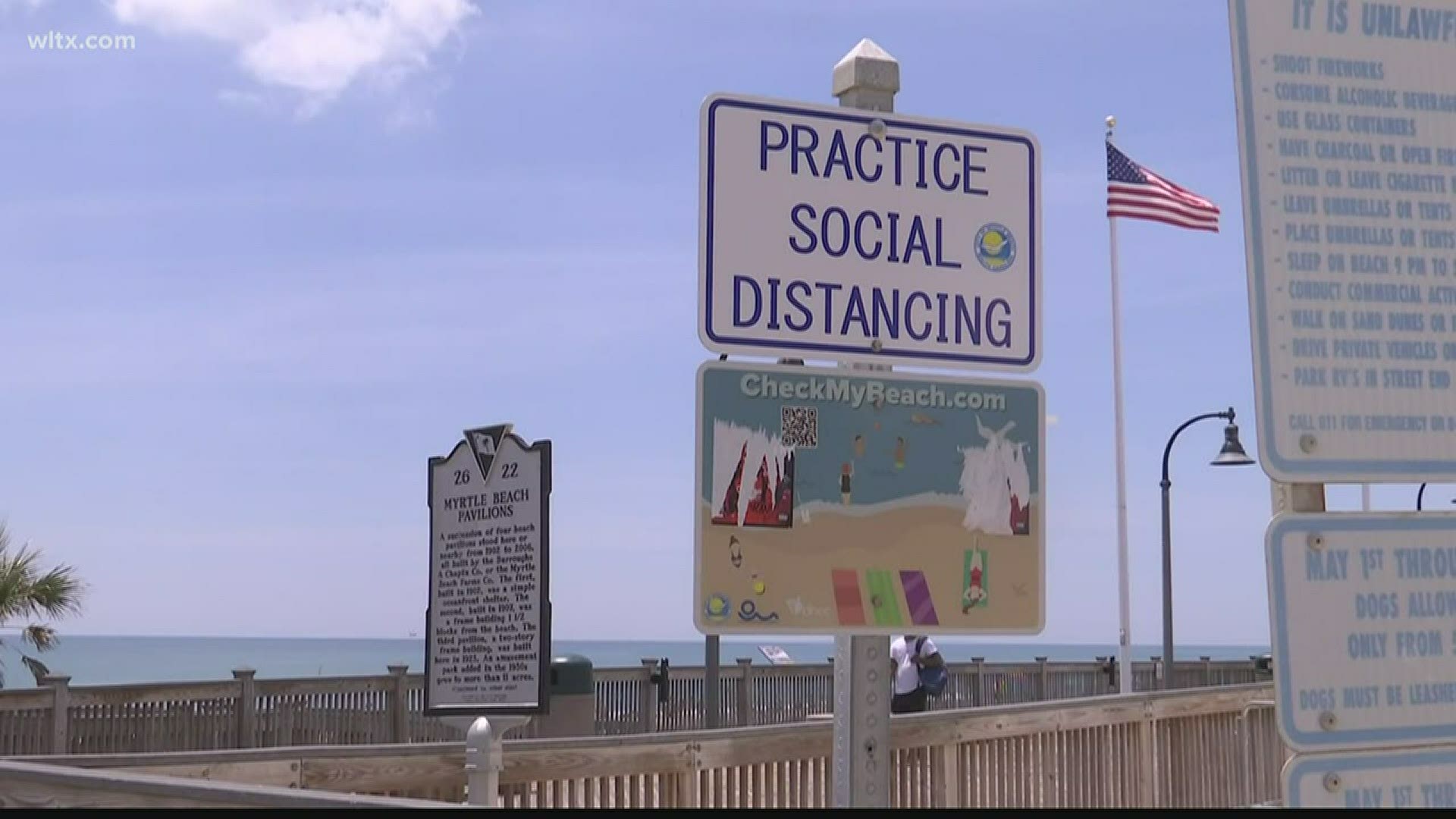 Now, the city’s Mayor, in the days after July 4th, says the criticism is unfair and the city handled Independence Day better than Memorial Day.

In any other year, the city would be celebrating the business of a packed July 4th weekend. But, after months of dealing with the coronavirus pandemic, Mayor Brenda Bethune said crowds were a bit smaller.

“It was still a busy Fourth of July weekend, however the crowd is not what we typically see this time of year. But, the crowds were good, we were happy to have so many people in town, and happy to see so many people comply with the new mask order,” Bethune said over video-call on Monday.

The Mayor, in office through January 2022, said she blamed national media for the dip in tourists, calling recent headlines "unfortunate."

Bethune said some hotels were at 75 percent capacity for the weekend, which they were still considering a victory given the current state of the country.

In recent months, the Mayor said businesses remained open and are using creative techniques to bring in money. She called the holiday crowds crucial for her city, which is built on summer tourism.

"Our economy can't stand to be closed again, but what we want is for people to come here responsibly," Bethune said.

But, Bethune does have some regret they did not implement a mask order sooner.

“It was our interpretation of what the Attorney General did that gave us the ability to enact a mask ordinance. That is something that is hindsight now, the order was put into place last Thursday. Do I wish that it had been done sooner? Looking back now, absolutely I do. But, we are here, we're dealing with it, and I do believe it will make a difference,” Bethune said, adding she saw a “majority” of people in masks over the weekend.

Bethune continued, saying she was pleased with what she saw for the Fourth compared to Memorial Day weekend.

She also claimed recent critics were unfairly blaming the city for outbreaks.

“If people coming here aren't wearing a mask and they're going out in crowds and in groups, in close proximity to each other, it really is unfair to say you got it in a city when you really don't know that. And, especially, if you are not practicing safety guidelines,” the Mayor said.

A combination of code enforcement officers, police, beach patrols, and lifeguards are trying to enforce the mask ordinance and social distancing, according to Bethune.

Before the July 4th holiday, Governor Henry McMaster said he had no plans of closing South Carolina's beaches again.

“My message would be to anyone coming here, is again, that people spread this virus, not places. We are just as safe as anywhere else, as long as everyone takes personal responsibility,” Bethune added.

Horry County reported 4,715 coronavirus cases since the pandemic began, which is the third highest in the state behind Greenville and Charleston. Richland County is fourth on the list, according to the latest DHEC data.

There are penalties for not complying with the city's facemask order, but they're asking people to voluntarily comply to avoid any problems while visiting, Bethune said.