Still no movement on bill prioritizing coronavirus vaccines for teachers

A bill that bumps teachers up to Phase 1A of South Carolina's vaccine plan has stalled in a House subcommittee. 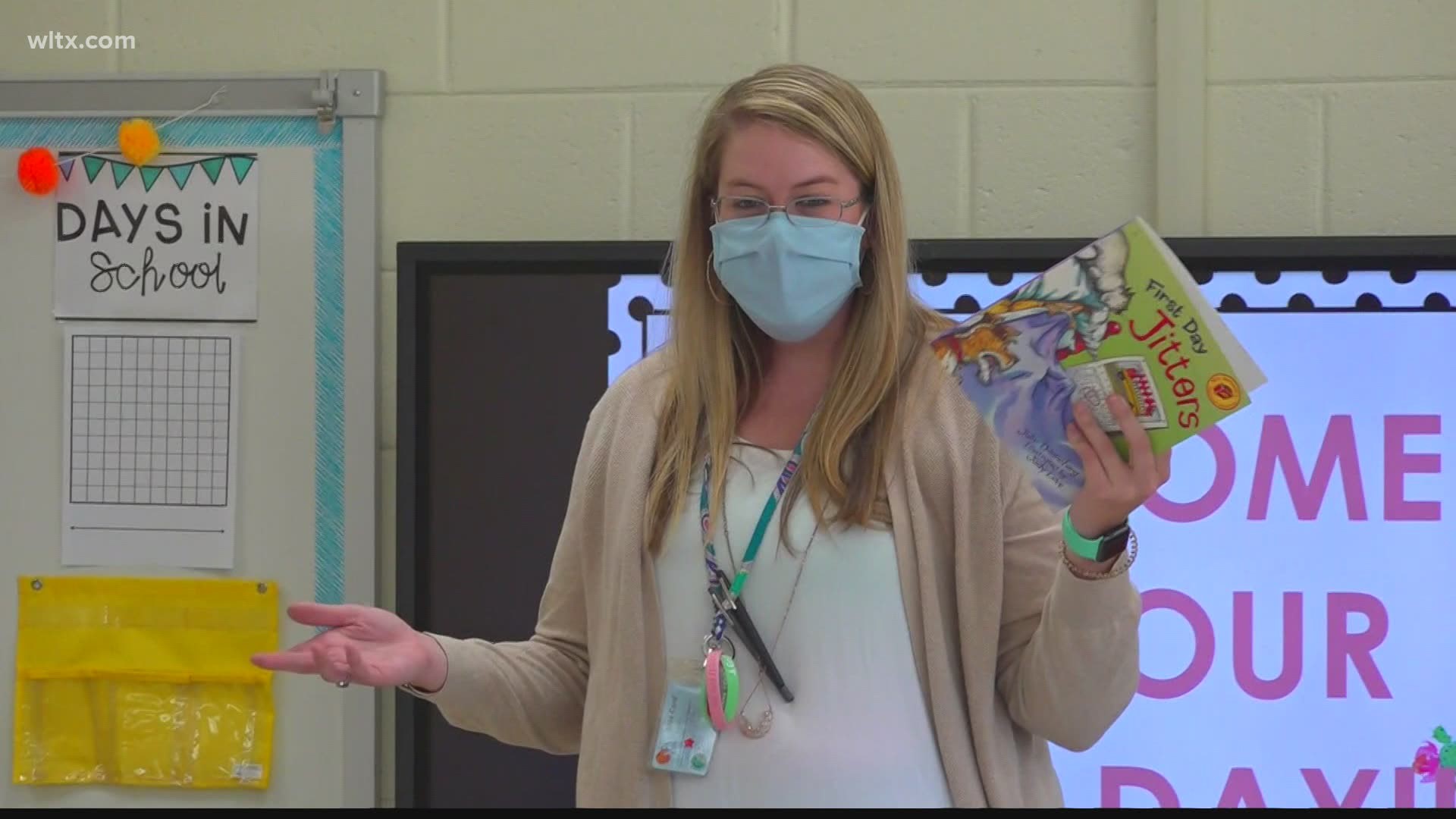 COLUMBIA, S.C. — A bill that bumps teachers up to Phase 1A of South Carolina's vaccine plan quickly moved through the Senate, but is now stalled in a House subcommittee.

With only a few months left in the school year, many teachers are hoping to get vaccinated before it ends.

"We’ve got to get our teachers vaccinated so our students have a stable learning environment for the rest of the year," said Patrick Kelly with the Palmetto State Teacher's Association.

That’s why South Carolina lawmakers introduced a bill that would bump teachers up to Phase 1A of the vaccine plan. It quickly passed through the Senate, but once it reached a House subcommittee, they've chosen to not vote on it twice.

Herbkersman said they haven’t moved the bill forward because they don’t have a detailed plan from DHEC or education leaders on vaccinating teachers.

But the Department of Education says every school district does have a vaccination plan in place.

Currently, teachers are included in Phase 1B of the vaccination plan. According to DHEC’s director Dr. Edward Simmer, South Carolina will most likely move to 1B in mid-March.

"I can’t point to a single day, but mid to late March we anticipate that we’ll no longer be filling all our 1A appointments and we’ll be able to move on to 1B," Simmer said.

Patrick Kelly said if teachers are kept in Phase 1B, they should be prioritized among other essential workers in the group so they can salvage the rest of the school year.

Superintendent Spearman opens her remarks that noting that she requested for educators to receive priority access to the vaccine on January 12th. On February 3rd, the Governor announced that select individuals previously in 1C would move to 1A, but not educators.

"We need prioritization, I don’t care if you call it the front of 1B or the tail end of 1A, we need to get our teachers vaccinated on an accelerate timeline and simply allowing all of 1B to open won’t do that because of the flux of people trying to get appointments," Kelly said.

Herbkersman told News19 the subcommittee won’t vote on the bill until they find out the exact date teacher vaccinations need to start and how many doses they’ll need.

News19 reached out to the Governor's Office to ask if they'd support prioritizing teachers in 1B and are waiting to hear back.