That brings the total of schools that have moved back to e-learning in the district to three. 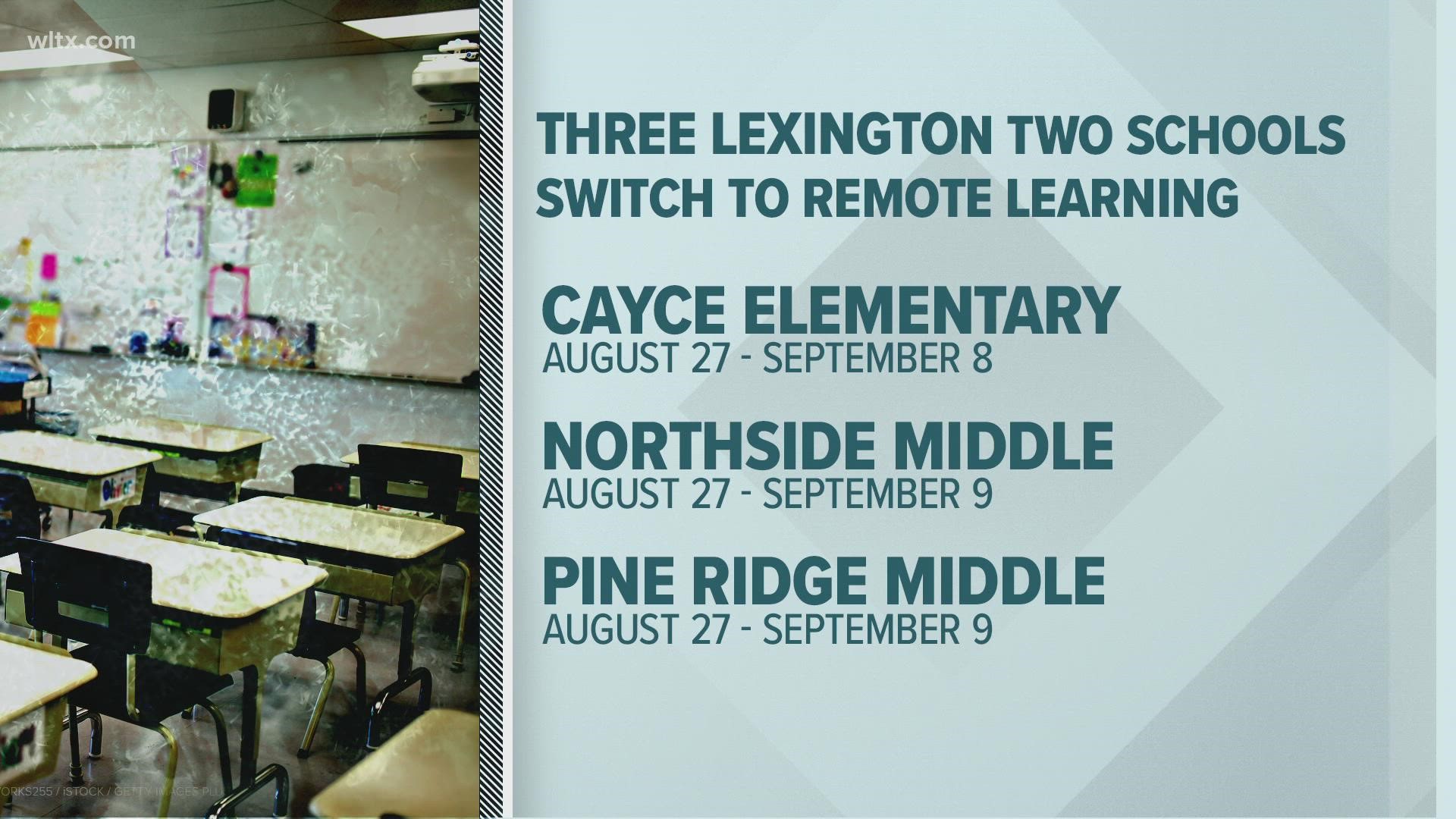 COLUMBIA, S.C. — Two more Lexington School District Two schools have moved back to e-learning, bringing the total numbers of schools that have temporarily closed to in-person to three.

Lexington Two announced Friday afternoon that Northside Middle School and Pine Ridge Middle school will go back to remote learning temporarily. They join Cayce Elementary, which moved back to virtual a day earlier.

The district says that Cayce Elementary will go back to in-person tentatively on September 9, while Northside Middle and Pine Ridge will return on September 10.

RELATED: 'Not something we want': Cayce school is first in the Midlands to move to virtual learning due to COVID

Only an hour earlier, Lexington School District One School announced one of their schools, Centerville Elementary, would be going back to remote.

RELATED: Lexington school goes back to e-learning due to COVID-19

The district said they made the change because of the impact of COVID-19 on students, staff, and safe school protocols. They said they're also have a difficulty security substitute teachers.

They said both the number of students who tested positive and the number who are quarantined played a role in the decision.

The school said all athletics, clubs, activities, and other events are cancelled during this time.

Free student meals will be available for drive-thru pickup in the traffic loop in front of Riverbank Elementary from 11am-12pm on Monday, August 30; Thursday, September 2; and Tuesday, September 7. Several days of weekday meals will be distributed over each of these three days. Pre-ordering is recommended to ensure that there are enough meals for everyone; find directions at https://www.lex2.org/apps/news/article/1449376. People who have additional questions about meals can contact food services at (803) 739-8381.