The Lake Murray Public Park near the dam has been closed because of the pandemic. 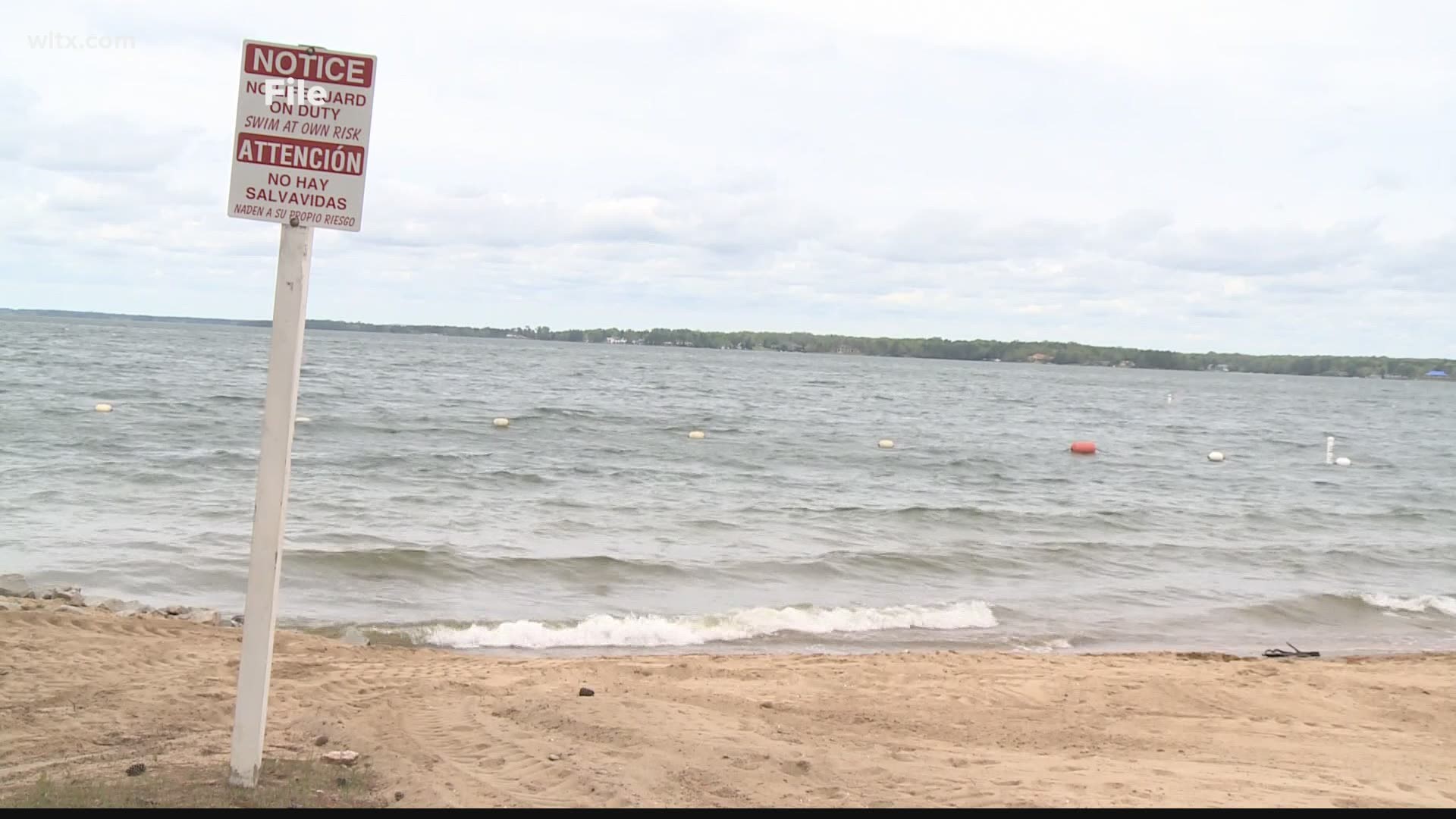 LEXINGTON, S.C. — A petition is calling for the Lake Murray beach to reopen.

The Lake Murray Public Park near the dam has been closed because of the pandemic.

Melissa Seekman says she wants to see it reopen soon.

On the Irmo side of the Lake Murray Dam, people are still able to use the dock to put their boat into the water. On the other side of the dam over in Lexington, the beach is still closed.

"There are a lot of people in our community who don't have access to the beach as far as having property on the beach or having a boat or even having a kayak to get in," explained Seekman.

She says she's also worried about safety because of people swimming around docks where boats launch since they don't have the option to go to the Lake Murray Public Park.

Seekman has created a petition to get the beach back open. In less than 24 hours, it's received more than 200 signatures. She said she started the petition not for herself, but for the community.

She believes the community wants to have the beach back open and people would be willing to follow guidelines and CDC recommendations in order to open it safely.

"If people were staying in their little areas - which normally when you go out there, people do anyway - people usually set their little blankets down and they'll set up their little grill and everybody kind of stay in that area until they are walking out to the beach," said Skeeman. "The restaurants are at full capacity... so I don't understand why people being outside, relatively staying away from each other, could harm or do anything worse than what anybody else is doing right now."

News 19 checked in with Dominion Energy on their plans for reopening the beach.

In a statement, they say:

"The beach and recreation area on the Lexington side of the Lake Murray dam will remain closed at this time. Dominion Energy is taking these steps to protect the health and safety of visitors to the parks and the general public. A boat-launch area on the Irmo side of the dam will still be accessible. Boaters are urged to follow the Centers for Disease Control and Prevention guidelines on social distancing and avoid gathering in groups.

Once Dominion Energy provides more updates, we will give you the latest information.