Many questions remain unanswered as the Biden Administration prepares to roll out its plan to require vaccinations or weekly testing for many. 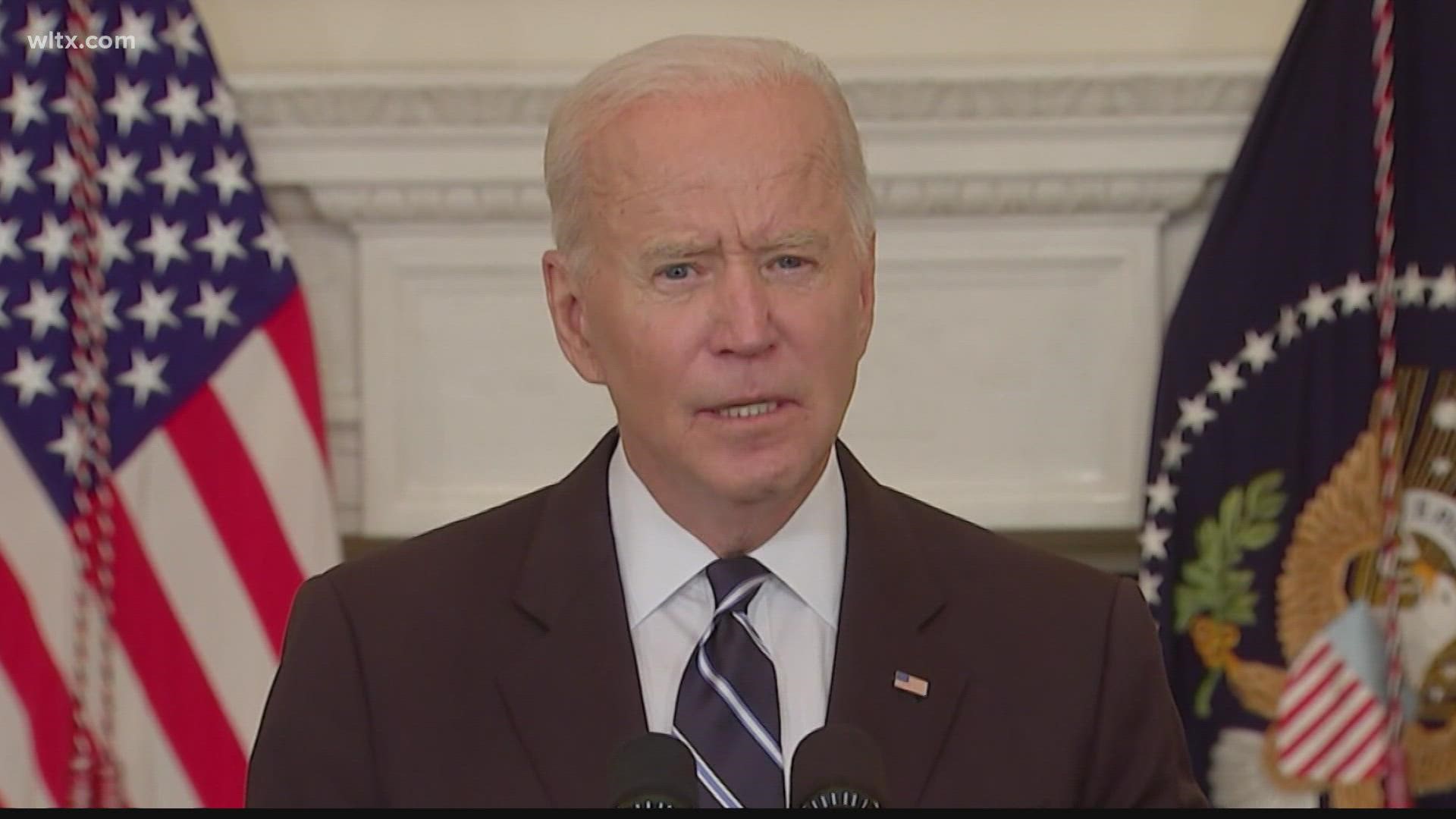 SUMTER, S.C. — Many questions remain unanswered as the Biden Administration prepares to roll out its plan to require vaccinations or weekly testing for roughly 80 million Americans.

Chris Hardy is the CEO of Sumter's Chamber of Commerce.

The S.C. Department of Health Environmental Control (DHEC) told News19 it is working with providers to prepare for increased demand at testing and vaccination sites.

There are also reports of some Upstate hospitals announcing plans to comply, despite concerns it could impact staffing levels.

Prisma Health, one of the largest medical providers in The Midlands, said its working to gain a better understanding of the directive.

Bob Morgan is the president of the S.C. Chamber of Commerce.

"How do you define a company with 100 employees or more? Is that 100 employees who work together in one place," Morgan said. "Might they be spread across multiple locations? For example, a convenience store chain.”

The answers may not come for weeks as details are finalized.

"Larger manufacturers are the one’s that’s looking at it," Hardy said, "but at the same time they’re kind of waiting to see what the state does.”

The Governor's Office did not respond to our request for comment, but last week said he'd go to "the gates of hell" to fight back against the president's mandate.

RELATED: No, President Biden's vaccine mandate for federal workers does not apply to members of Congress and their staff