Instead of being open every day, the testing site at Prisma Richland will be open Monday, Wednesday, Friday beginning on Monday, March 1. 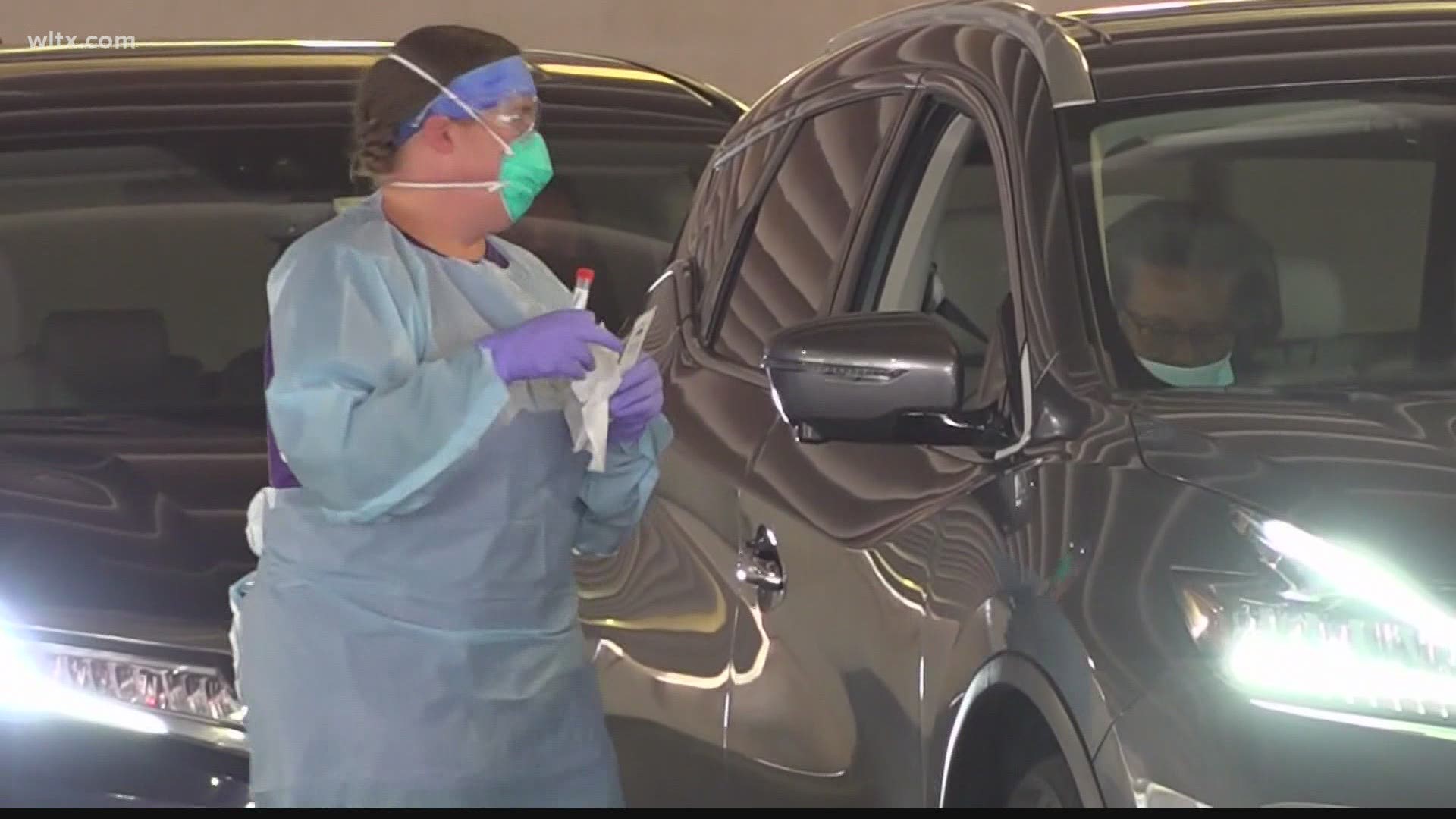 COLUMBIA, S.C. — Prisma Health’s COVID-19 drive-thru testing site at Prisma Health Richland Hospital will reduce it's schedule due to a drop in testing demand, according to the health system.

Instead of being open every day, the testing site will be open Monday, Wednesday and Friday, beginning on Monday, March 1.

The site, which requires a provider order, will be open on those three days from 9 a.m. to 5 p.m. according to Prisma Health.

The testing site at Columbia Place Mall has closed due to the drop in demand.

To access a broad range of other testing sites in South Carolina, visit the S.C. Department of Health and Environmental Control website at HERE. The site lists more than 350 testing sites throughout the state, including many at nearby drug stores. Some DHEC-partnered sites also offer free testing during the week and on the weekend.

"We have seen an easing of the case positivity rate which would infer somewhat leveling or slightly lowering of disease rates in the community," said Davidson. "We've seen some hospitalization rates begin to level and decrease slightly, so with that I don't think it's unrealistic to probably expect somewhat of a lessening in demand."

DHEC tells us they are not reducing any of their testing locations, adding that testing still remains an essential part of the state's response as it helps identify those who are asymptomatic.

RELATED: 'Clearly the virus is not done with us' | CDC director warns gains on virus might be stalling