The rare condition is linked to COVID-19 and found in children, impacting just under 100 youngsters across the nation. 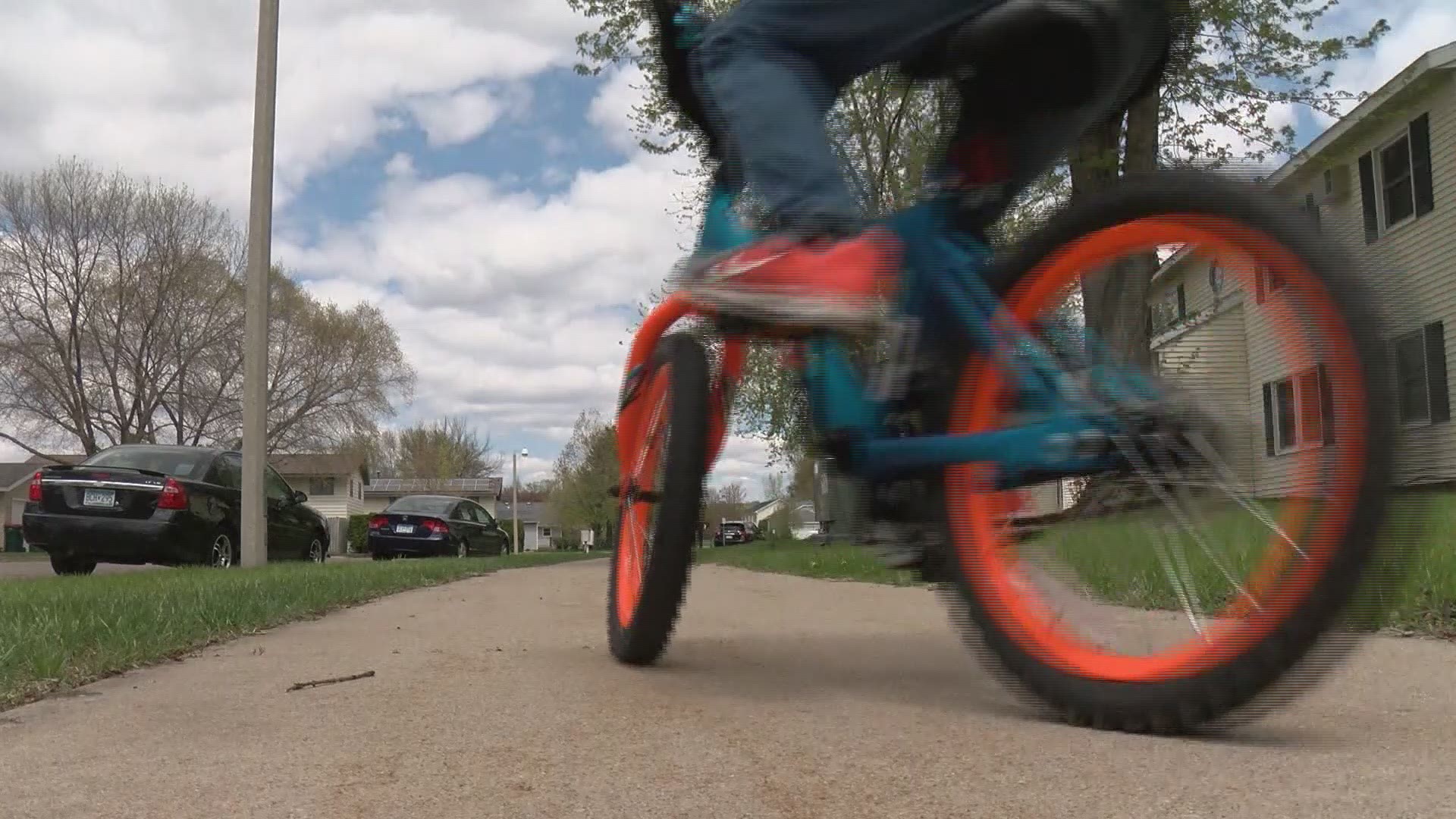 ROCHESTER, Minn — The training wheels are officially off for 7-year-old Dominic Willis, making Monday a good day for him and his mom, Holly. The same can't be said for the pair this March.

"I remember it started when I bumped my toe on the couch," Dominic said.

When the COVID-19 outbreak first began, medical experts warned of three main symptoms: fever, cough and shortness of breath. Now, for children there's another sign of the deadly virus, something experts are referring to as "COVID toes."

The rare condition is linked to COVID-19 and found in children, impacting just under 100 youngsters across the nation. For Dominic and Holly, a painful toe led to some important answers.

"He kicked it [his toe] and said it's hurting really bad. His toes were like swollen, two three times what they normally are," Holly said.

Dominic Willis had itchy red and purple spots on his toes. Thinking it was possibly a broken toe or perhaps an allergic reaction, Holly took her son in to the doctor. "He did the x-rays and the radiologist noticed a lot of swelling," Holly said. "But it wasn't just the one foot he kicked."

"It progressively got worse," Holly continued. "They were swollen, there were little bumps all over them. More and more purple sports, and I said this is not okay."

It was Dominic's toes that led Holly and her son to learn that they had both contracted COVID-19.

"The doctors sent it over to pediatric infectious diseases and said you should probably be tested because it looks exactly what they are calling 'COVID toes,'" Holly said.

What experts are calling "COVID toes" is a rare possible COVID-19-related illness that's only been reported in 85 children across the country. Three child deaths have been reported in the state of New York because of it.

With not much to go off of, Holly and Dominic waited it out.

"We had all these experts weigh in on his case because it was so rare," Holly said.

"It's sort of like a really big bruise," Dominic described.

Monday, as Dominic shows off his new biking riding skills, he's happy and active. His toes look significantly better than they first did, although there is still some redness and his skin is peeling. At his worst, Holly says, Dominic had trouble walking because his feet were too sensitive and tender.

"I'm afraid, because its literally his skin peeling off and don't know if there's going to be permanent damage," Holly said. "I'm hoping not. Doctors don't know because there's not enough know about it."

Now looking back, Holly understands that they both had the virus.

"We were sick and thought it was the flu or something," Holly said. "We were recovering and then it showed up on the toes. It was very backwards."

Holly adds that doctors at Mayo Clinic were extremely helpful. Most of their appointments were over telecommuting, which she says was convenient. Doctors continue to check in once a week.