The state continues to see a high rate of infections and deaths. 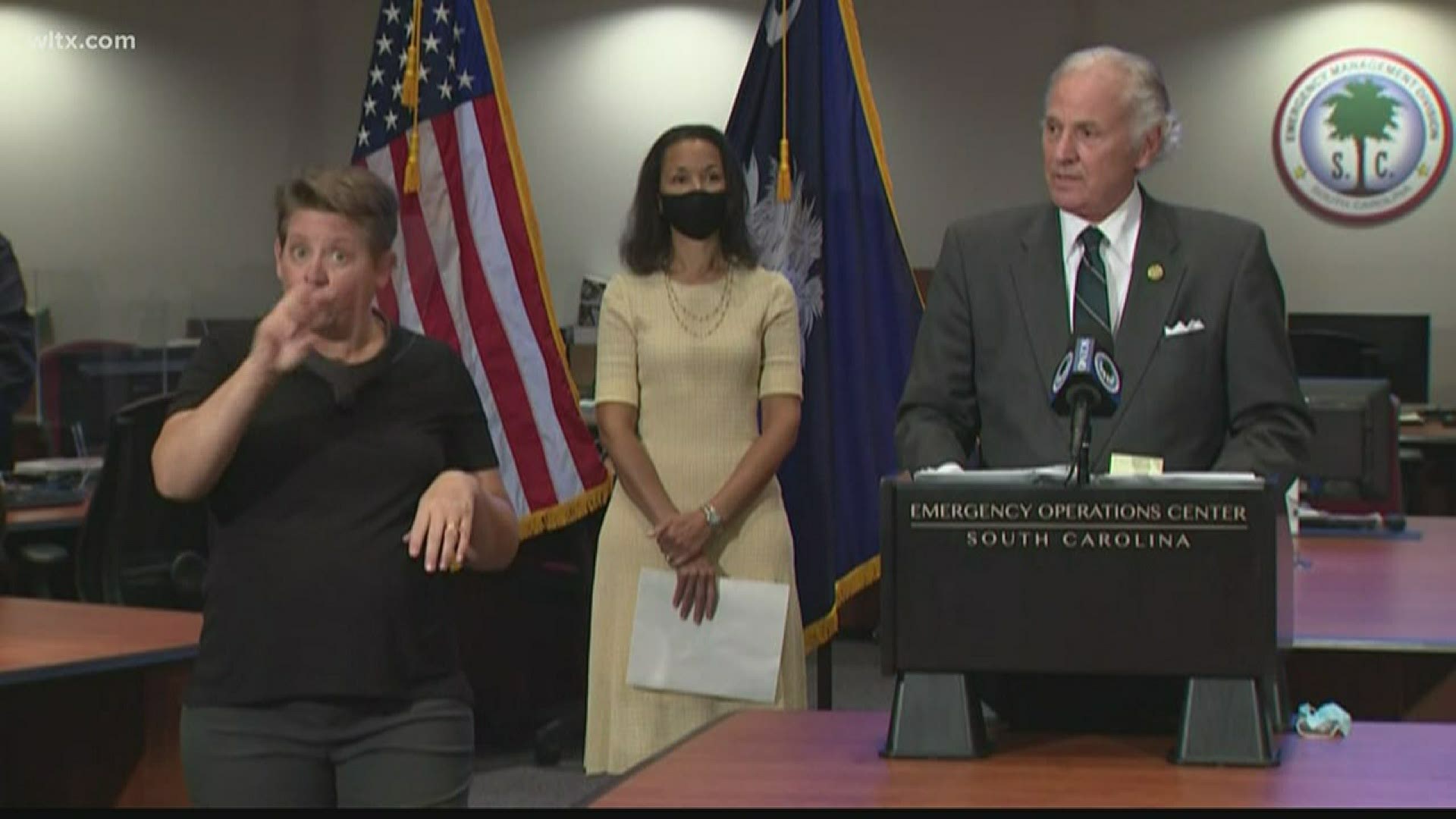 COLUMBIA, S.C. — South Carolina Gov. Henry McMaster announced a new order that requires face masks in some public situations but also allows more businesses to open with restrictions due to the coronavirus.

It's a bit of a reversal for the governor after weeks of resisting such measures. But McMaster said to get the economy moving more businesses need to reopen but that can only happen with safety measures.

In short, the rules require masks in restaurants and goverment buildings. It also reopens many public attractions such as movie theaters, arenas, and stadiums, but masks will be required there too, and there will be mandatory restrictions on occupancy and social distancing.  Standing in bars is also eliminated.

“These limited restrictions are temporary, they are measured, and they are targeted towards what we know works,” said Gov. Henry McMaster. “These measures give South Carolina the best chance to slow the spread of the virus without shutting down the state’s economy – which we cannot and will not do – as many continue to call for.”

The governor continued his call for all South Carolinians to wear face coverings when appropriate and he encouraged local governments to adopt face covering ordinances. The governor also ordered that face coverings must be worn in all state government buildings according to guidelines and procedures developed by the state Department of Administration, effective August 5th.

These guidelines for restaurants, first established by AccelerateSC, have been strongly recommended until now and again go into effect August 3. They are now mandatory and include the following:

Other types of businesses, facilities, venues, events or mass gatherings which are permitted to open but are required to implement AccelerateSC guidelines include the following: festivals, parades, concerts, theaters, stadiums, arenas, coliseums, auditoriums, grandstands, amphitheaters, gymnasiums, concert halls, dance, halls, performing arts centers, parks, racetracks, or similarly operated entities. These guidelines include, but are not limited to, the following:

As of Wednesday's update from the state's health agency, DHEC, the state had 1,666 new cases and 48 confirmed deaths. That gives the state a total of 85,423 confirmed cases and 1,551 deaths since the pandemic began in March.

McMaster hasn't adjusted coroanvirus restrictions since earlier this month when he announced his "last call" executive order. That mandated that alcohol sales at bars to stop each night at 11 p.m.

The governor said young adults who are rapidly contracting the virus and spreading it into communities frequently congregate in late-night atmospheres which simply are not conducive to stopping its continued transmission.

The governor’s order did not apply to alcohol sold at convenience or grocery stores, wine and liquor stores, or retail business.

Businesses who violate the order could lose their alcohol license.

McMaster had so far resisted putting in place a statewide mask mandate as some other governors have but he also hadn't blocked local governments from passing their own orders. Gov. Brian Kemp of Georgia has resisted those measures, even taking several mayors in the state to court.

McMaster has also been in a back and forth this month over reopening of South Carolina schools. He believes each district must offer a five-day a week in person option to parents so adults can go to work and for the benefit to the students.

But some teachers groups and parents bristled at that idea because of the rapid spread of the virus over the last seven weeks. Most school districts are planning now to reopen in late August or early September, but most are not planning five-day a week to begin with. Many have said they'll transition to that as soon as possible.

"While virtual school will be a great solution for many families, for others, especially single parents, that will simply not be an option," he said. "We must offer the choice of in person instruction for every family who needs it. What do you think?"

While virtual school will be a great solution for many families, for others, especially single parents, that will simply not be an option. We must offer the choice of in person instruction for every family who needs it. What do you think? https://t.co/FwGseRN1nb