Rep. Annie McDaniel is requesting the Attorney General's opinion and interpretation of the school mask proviso with a focus on the words "appropriated funds". 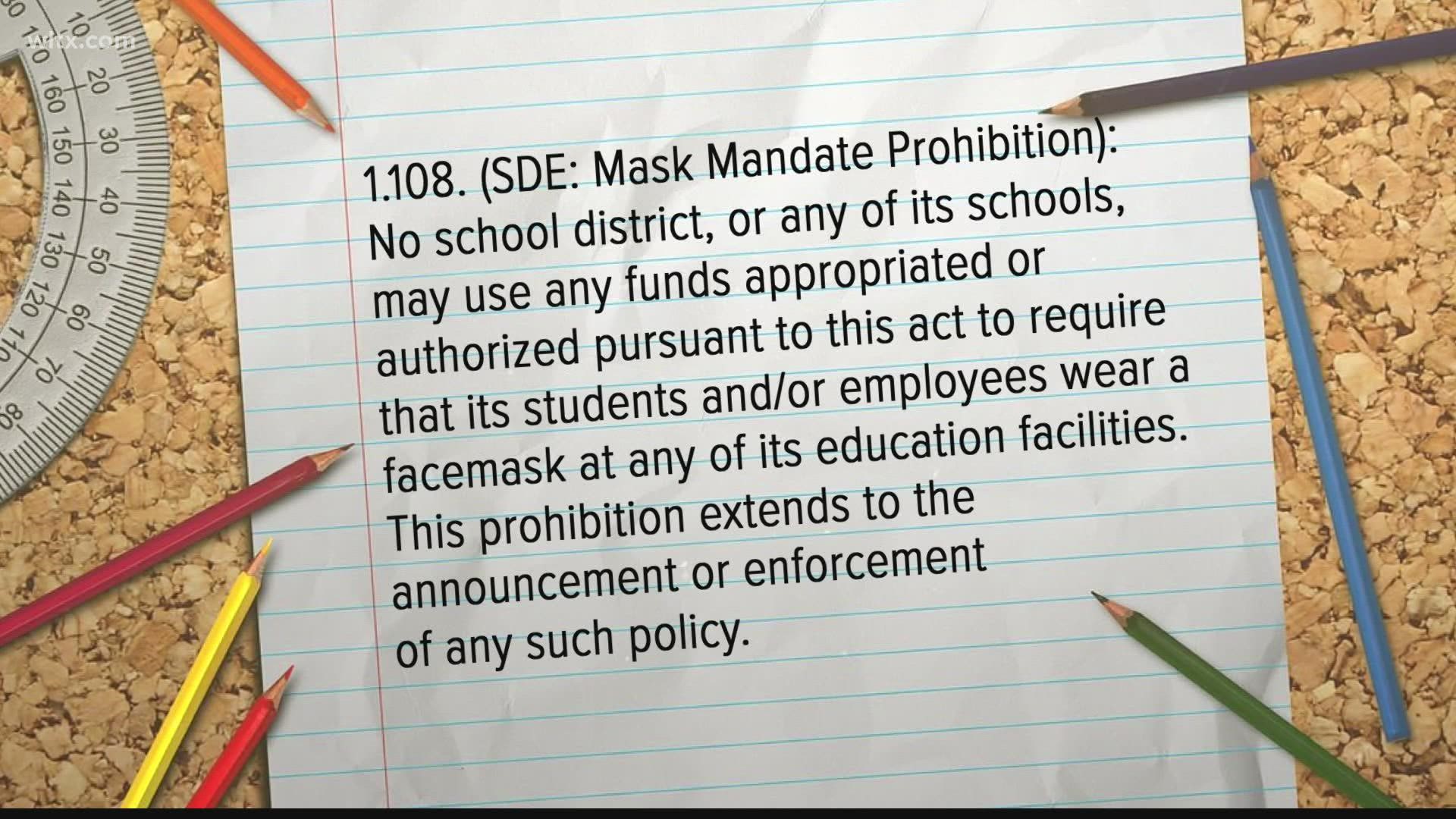 Some lawmakers believe they may have found a loophole.

"The text is a little vague and just not clear. Otherwise, I think the Attorney General would have responded to my questions by now," said State Representative Annie McDaniel of District 41 - Chester, Fairfield & Richland Counties.

In it, she requested his opinion and interpretation of the school mask proviso with a focus on the words "appropriated funds."

She wonders if the wording suggests schools can't use state-allocated funds, what about other sources like county taxes or federal funding?

"The school districts received federal funds that they can utilize for whatever methods they choose to recover from this pandemic," said McDaniel. "So, is the state tying the hands of the federal dollars also? I am waiting for the answer."

She also asked the Attorney General if the proviso prevents the existence of school mask mandates or if it prohibits the use of funds to enact them.

As she waits for a response, McDaniel says she's also making contact with the NAACP to inform them of the current situation.

When asked about the mask proviso last week, Governor Henry McMaster said the new law states parents make the final call on whether to mask their child at school.

"I'm very anxiously awaiting to see how they are going to respond," said McDaniel. "It just seems concerning to me that we would make such a decision and tie school districts' hands when we're not sure where this virus will be in December, January, February."