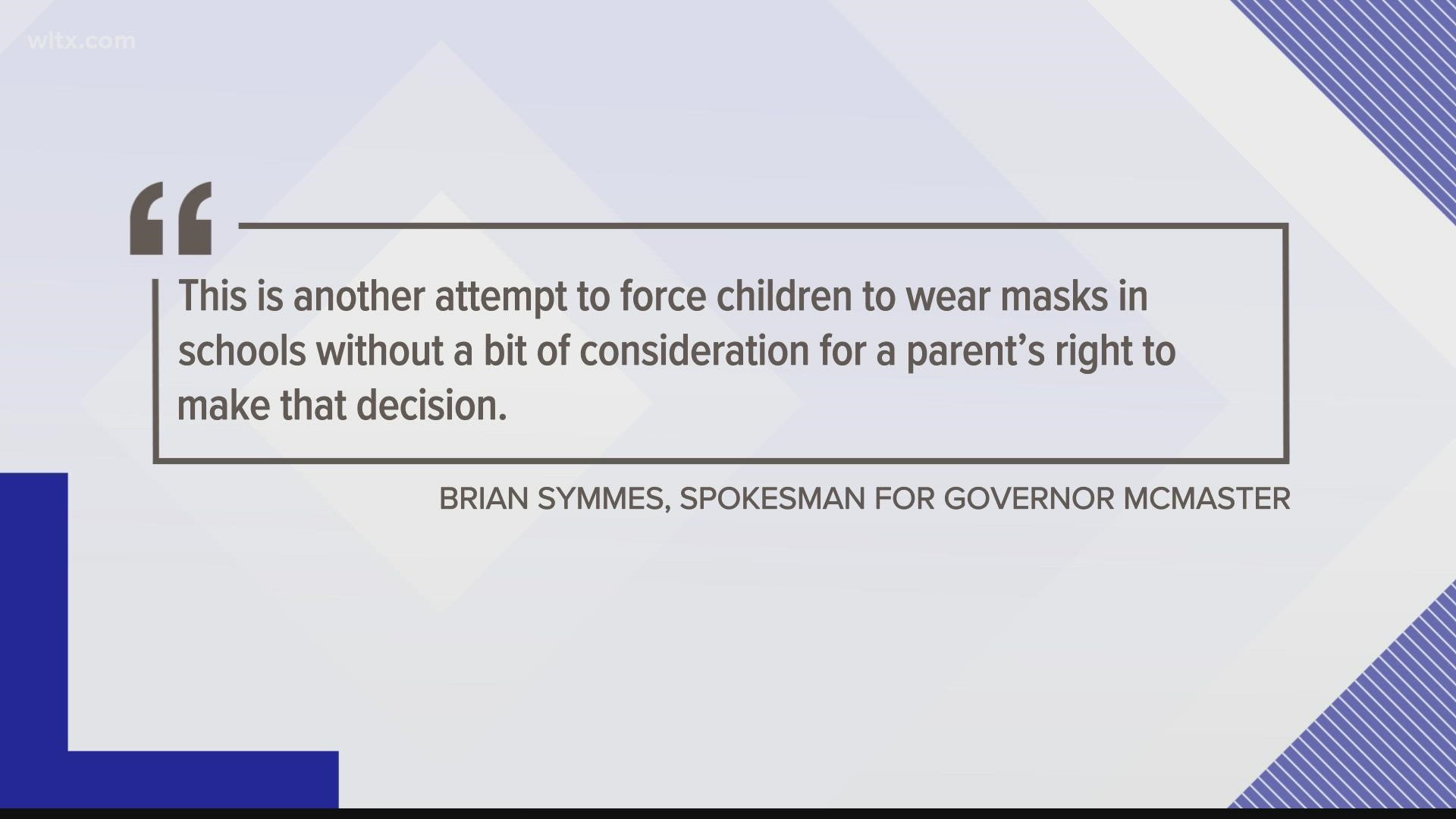 News 19 spoke with state leaders who voted on both sides of the budget proviso to learn their take on the mask ordinance for schools.

The proviso that went into effect July 1 prohibits school districts in South Carolina from using any appropriated funds "to require that its students and/or employees wear a face mask at any of its education facilities."

"I applaud their effort to go up against this proviso," said State Representative Wendy Brawley of District 70 - Richland and Sumter counties.

"At the end of the day, there's bad policy and there's bad government. This is just bad government," said State Representative Chris Wooten, of District 69 - Lexington County. "If you think for a moment that imposing a mask mandate in a town, that a mayor supersedes the state law, to me would be ludicrous."

Wooten says the proviso was designed to prevent what the mayor is doing.

Today I was joined by @HowardDuvall & City Manager Teresa Wilson to issue an emergency declaration to protect our children. Ordinance 068 states: "facial coverings shall be required by all faculty, staff, children over the age of two...at public and private schools or daycares." pic.twitter.com/MBMzX1mVh3

"If you think for a minute that we have the ability to enforce mask police on our schools and children, that is the craziest thing on the planet," he said. "It's sheer madness."

Wooten believes children's mental health could be at stake if mask mandates are allowed in school. What worries him is the fallout and the impact on children who are kept away from social settings.

"80 to 90% of my constituents reached that out to me said, 'We don't want mask mandates. It should be our choice'," he explained. "I said a year and a half ago that if we're not careful our suicide and depression rates are going to skyrocket way above this COVID rate - and with our children we're seeing that."

Other lawmakers believe mask mandates should be left for local governments and school boards to decide based on the rate of infection in their community.

"We do not as a state look kindly on the federal government heavy hand on us restricting us on things we think ought to be state, legislative things. We should not do the same for local governments," said State Senator Darrell Jackson of District 21 - Richland County.

Both Jackson and Brawley believe the proviso should be re-evaluated and reversed.

RELATED: Pediatrics group says all students should wear masks at school - why that won't happen in SC

Brian Symmes, a spokesman for Governor Henry McMaster, calls Wednesday's state of emergency mask mandate "...another attempt to force children to wear masks in schools without a bit of consideration for a parent's right to make that decision. State law prohibits mask mandates in public schools, and the city's ordinance would require teachers and administrators to violate state law."

Senator Jackson says lawmakers will reconvene at the State House in early September to discuss COVID spending. That will be the perfect opportunity, he says, to revisit the impact of the mask proviso.

In June, the mask budget proviso passed by a vote of 71 to 37 with Republicans supporting the proviso.