SC restaurants will be allowed to open for dine-in services with restrictions starting Monday. 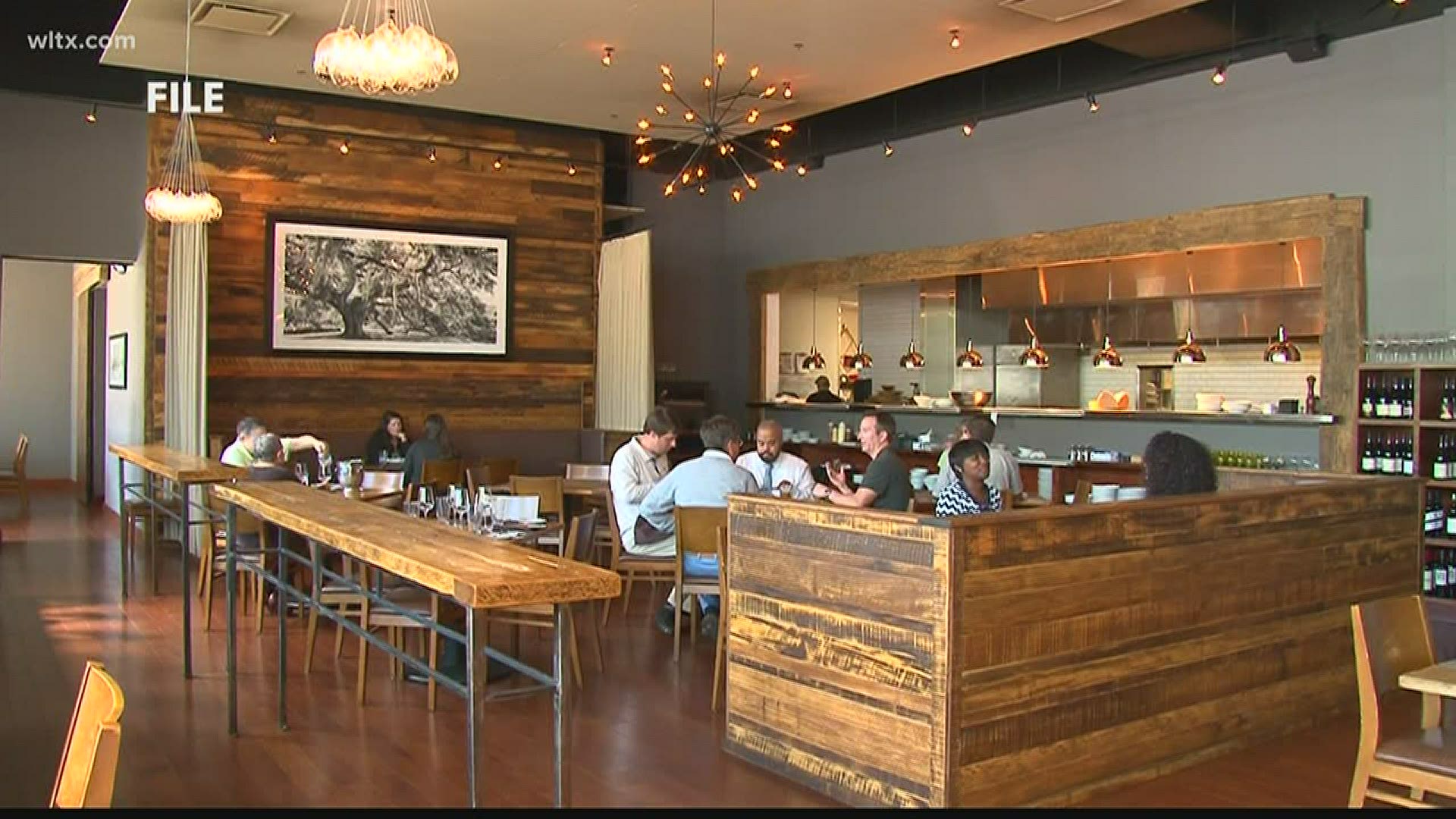 COLUMBIA, S.C. — In Columbia's Five Points District Sunday, things looked as close to normal as they have in weeks with some COVID-19 restrictions loosened on restaurants.

People were able to dine outdoors, like Kate Murphy and her family.

They're from Ohio where in-person dining services have not returned yet.

"For us, this kind of feels like a luxury," Murphy said, "after two months, or more than two months, of not being able to sit out and get served food or anything like that."

Now, restaurants are preparing for another step closer to normalcy with dine-in services being allowed Monday.

Governor Henry McMaster released guidelines last week for restaurants to follow if they choose to reopen for dine-in, including limited occupancy, spacing-out tables, and additional cleaning of equipment, tables and chairs.

"People are looking for a chance to try to get their lives back to normal and we're excited to help," Anastasia Cook, a manager at Pawleys Front Porch, said.

They've been renovating the inside of the restaurant, according to Cook. For now, operations are expected to remain limited to dine-out and to-go, as they continue renovations and grow their staff.

"We were expecting to have at least half of our seats inside, half capacity, eight-feet apart, no more than eight people to a table," Cook said. "Needing more people on staff as well to make sure that we're sanitizing surfaces, crowd control, things like that."

At Saluda's nearby, business was bustling Sunday.

They've set-up for dine-out and to-go orders, but are preparing to return indoor operations Monday.

"We've been preparing for it for a while," Steven Cook, Saluda's owner, said. "The guidelines right now for outside dining is eight-feet in between tables, so we'll carry that on into the dining room and we feel like we've got a good game plan and we feel like the guidelines are good to keep everybody safe while they're out."

Governor McMaster says he plans to address the reopening of "close contact" businesses like barbershops, salons and gyms on Monday.