The state now has seen 12,077 deaths since the pandemic began, according to data published by the state's health agency, DHEC, on Friday. 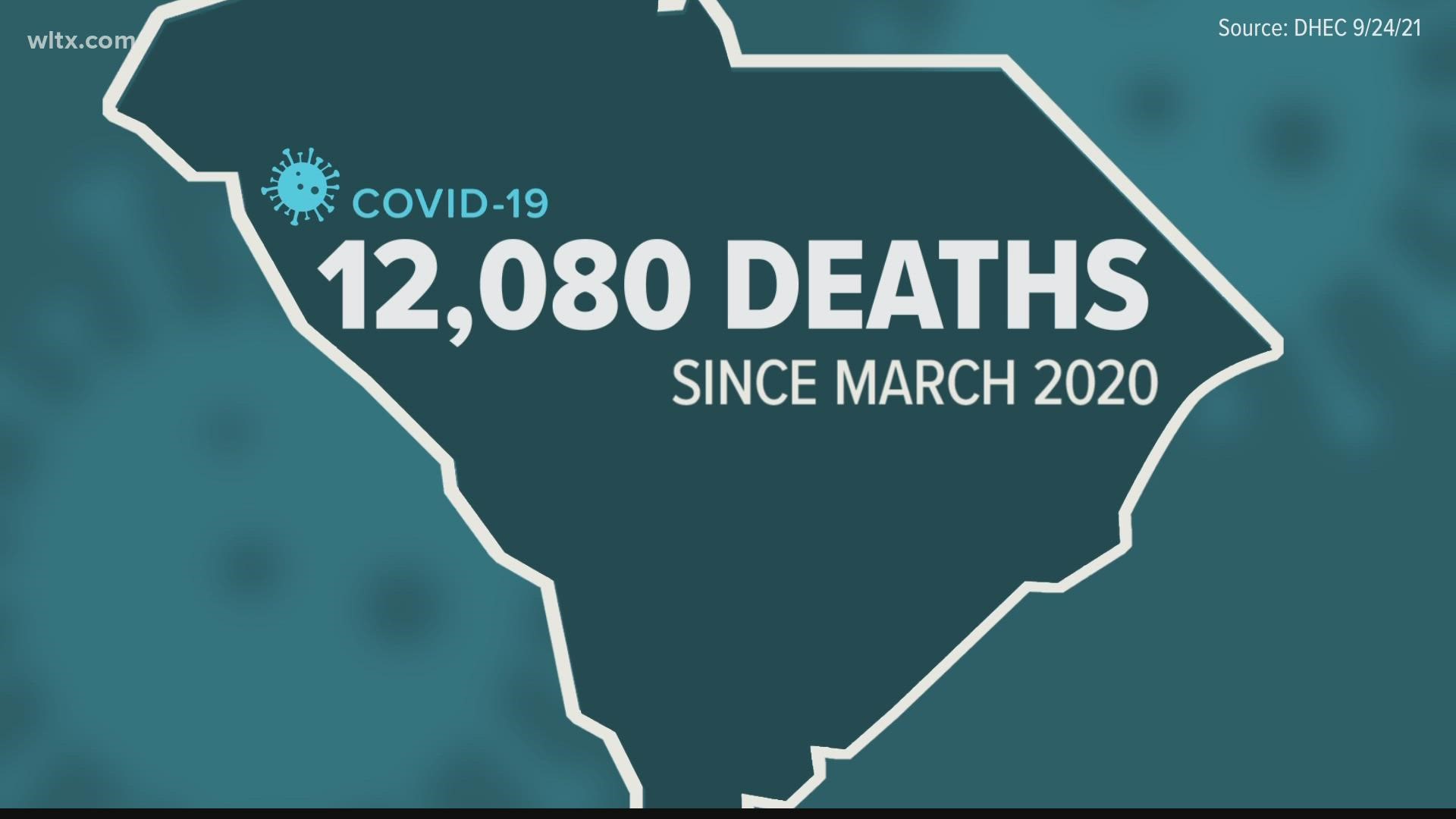 COLUMBIA, S.C. — South Carolina has passed 12,000 COVID-related deaths, as the state continues to see a rapid rise in disease fatalities even as the number of daily cases has seen some decline.

The state now has recorded 12,077 COVID deaths since the pandemic began, according to data published by the state's health agency, DHEC, on Friday.

But what's worrisome to health leaders is the acceleration in that number seen in the last two months. It took the state roughly one month to go from 10,000 deaths to 11,000 deaths, a mark reached on September 9. But it took just 15 days--half a month--to record another 1,000 deaths to get to the 12,000 level.

That indicates that the state is in a stretch of mortality only rivaled by the number of deaths seen back in January. On Friday alone, DHEC said there were 124 newly reported deaths.

But as vaccines rolled out, the numbers began to drop dramatically. By June, there were just under 100 deaths, with another 111 in July, based on an analysis of DHEC data by WLTX. But things swung dramatically in the other direction in August as the Delta variant of the virus surged and hospitals filled up with seriously ill patients.

South Carolina recorded 3,491 new virus cases on Friday. Over the past two weeks, there has been a downward trend in cases, but they remain well above the level seen during the spring and early summer.

Experts at SCDHEC, Prisma Health, MUSC, and Lexington Medical Center are united in saying the only way out of the pandemic is to get vaccinated.