He said while he understands some may be frustrated the measures don't violate law. 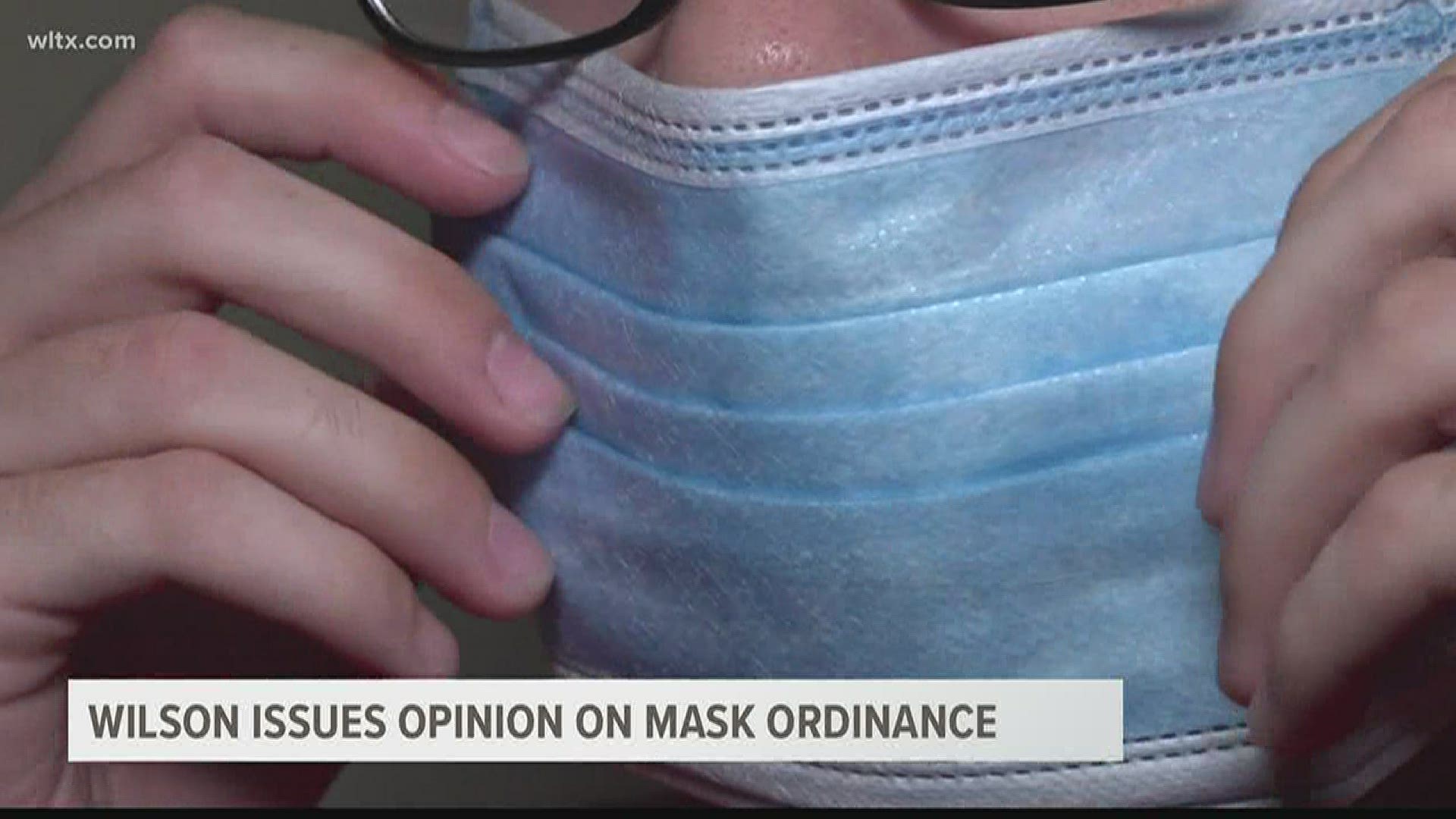 He issued his statement Wednesday a day after Columbia passed an ordinance requiring face masks in public in most situations. Greenville also passed a similar measure.

But Wilson said his office is neither endorsing or attacking these new rules.

"If I thought these ordinances were unlawful, I promise you I would be seeking a legal remedy," Wilson said.

RELATED: These states require face masks be worn in public

He said state home rule laws allow local governments to govern themselves with outside interference with a few limits.

He said one of those limits would be if a state law prohibited what the local government wanted to do, but he said there's not state law that would be in conflict. He said even the law that says you can't wear a mask in public doesn't apply because a person who complies isn't trying to conceal their identity.

Wilson said an ordinance can't be arbitrary but said that doesn't apply here because it's being done to stop a public health emergency.

He said from what he's seen the measure also doesn't violate constitutional rights.

"...the only way to know if someone’s constitutional rights have been violated by these ordinances would be on a case by case basis involving very specific facts. In other words, an otherwise lawful ordinance can be applied in a way that violates someone’s rights. Based on court precedent, simply requiring someone to wear a mask at the grocery store, or stop smoking in a restaurant, or be home before curfew does not constitute a violation of rights. We would need specific facts to make that determination and we do not have those facts at this time."

Wilson said he knows many people are upset by the ordinances and he understands their frustration. But to him, if people have a problem with what they perceive as bad government, they should try a political remedy at the ballot box.