The state has seen a steady decline in cases since the middle of September. 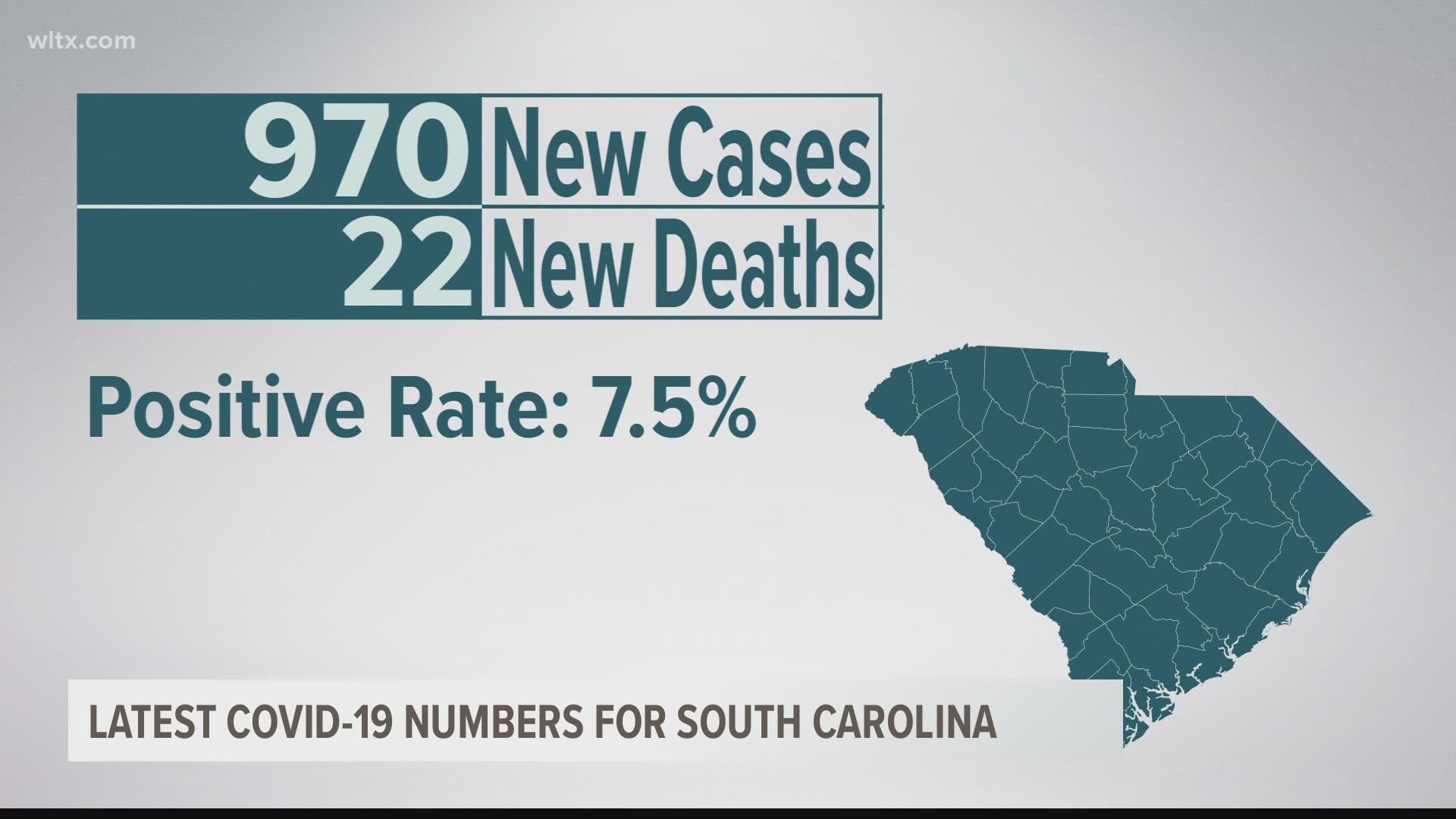 COLUMBIA, S.C. — The number of daily COVID-19 cases in South Carolina fell below 1,000 for the first time in over two and a half months, as the deceleration of virus from the summer surge continues.

The latest numbers released by the state's health agency, SCDHEC, shows there were 970 cases on Sunday, October 9. The last time there were less than 1,000 cases was back on July 24, as the Delta variant of coronavirus was causing a sharp increase in the spread of the disease.

Sunday was also the ninth straight day of less than 2,000 cases, the longest such stretch since late July.

After reaching lows  in late June not seen since the earliest days of the pandemic, the spread of the virus began to accelerate in the late days of June and really began to take off in late July.

By mid-August cases were topping 4,000 and 5,000 a day, reaching a peak of 6,697 on August 25. It remained near that left into early September, but began dropping significantly by the middle of the month.

Still, while the drop is significant, cases remain much higher than they were in the late spring and early summer.

The summer 2021 surge has proven to be one of the deadliest stretches in for the virus in the state, with over 3,000 deaths in August through October so far--a two and a half stretch. For perspective, there were 2,200 from February to July, a six-month period.

The trends are somewhat to be expected; previous surges have show a rapid rise in cases, followed by a surge in hospitalizations two or three weeks later, and finally an increase in deaths a week or two after that. The declines go in the same order, with cases dropping, then hospitalizations, and finally deaths.

Experts at SCDHEC, Prisma Health, MUSC, and Lexington Medical Center are united in saying the only way out of the pandemic is to get vaccinated.