Last Friday was the first day hospitalizations fell below 200, a new milestone for the state. 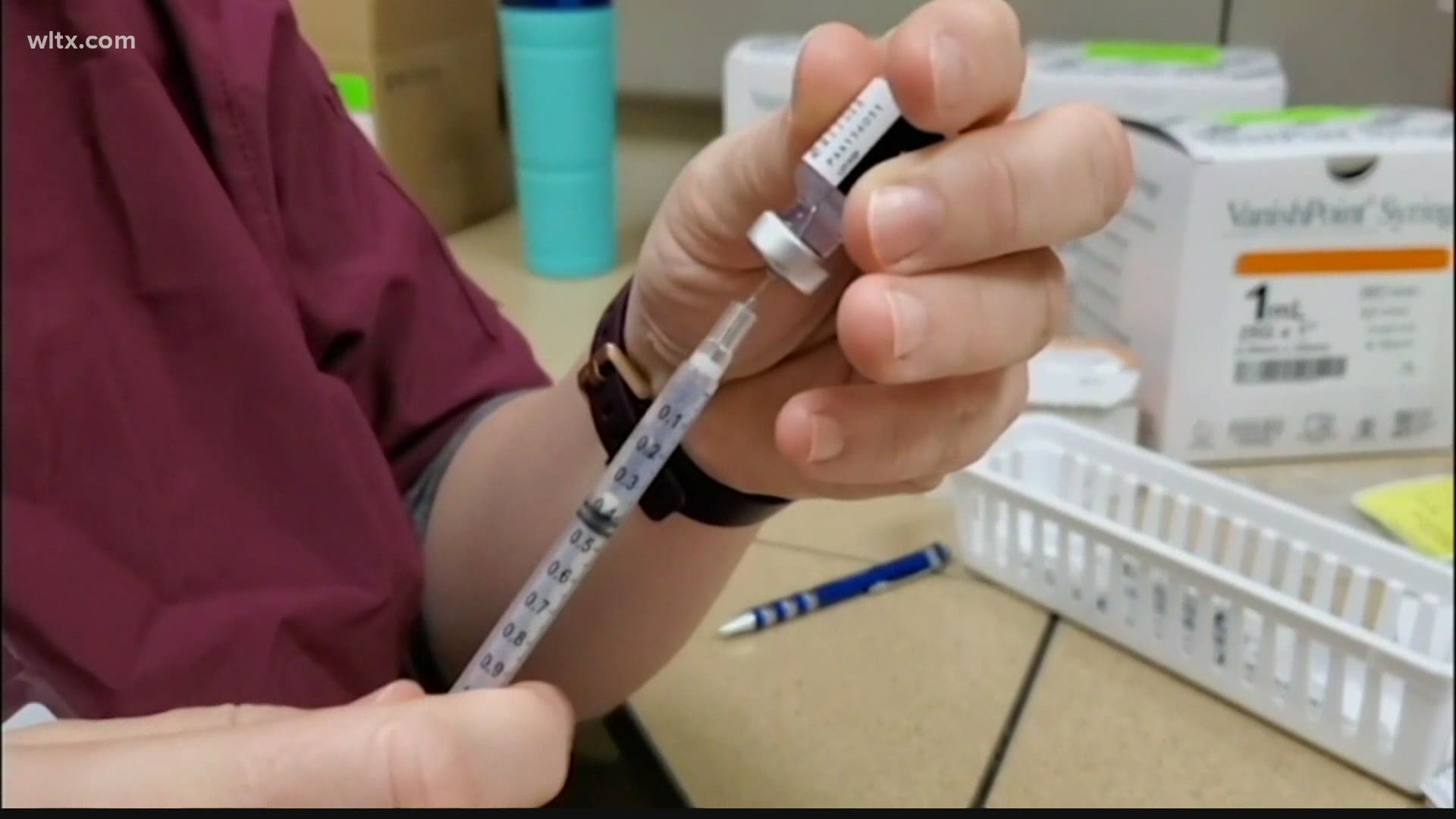 COLUMBIA, S.C. — The number of people in South Carolina being treated for coronavirus-related illnesses at hospitals is at an low not seen since the earliest days of the pandemic, before the virus began ramping up in the state.

The latest numbers released Monday from the state's health agency, DHEC, show a level that's lower than at any time since those numbers began being published in April of 2020. There were a total of 164 people hospitalized, with 42 patients in intensive care and 24 on ventilators. Last Friday was the first day hospitalizations fell below 200, a new milestone for the state.

The first announced hospitalizations were in early March of 2020, but it took several weeks for the number of cases to rise to the level that state health leaders began compiling that data into a dashboard.

When those numbers first came out, there were over 300 hospitalizations. The number stayed below 500 through the end of May, but spiked in June of 2020, eventually topping 1,000. The number dropped in August and in the fall months, but never went below 500.

In early December, as coronavirus cases exploded upward here and across the nation, hospitalizations surged as well.

The peak came on January 13, when 2,466 people were reportedly hospitalized. The highest number of ICU patients was January 8, when there were 488.

The numbers began falling in the weeks after the holidays, as peopled back off traveling and visiting relatives. At the same time, the COVID-19 vaccinations began rolling out, first for medical workers and the elderly, but eventually expanding to the rest of adults over a period of several months.

By late February, the number had dropped to half of the peak. The number remained relatively flat over the next five weeks, but beginning in late April, the number began to plunge again. One of the main factors is likely the rising vaccination rate, as all adults became eligible to get the vaccine at the end of March.

By the waning days of April the number was below 500; by the end of the first week of May, the number of patients hospitalized was below 400. Two weeks later, it dipped below the 300 level, until finally breaching the 200 threshold on June 10.