South Carolina has seen a record number of cases over the last three weeks. 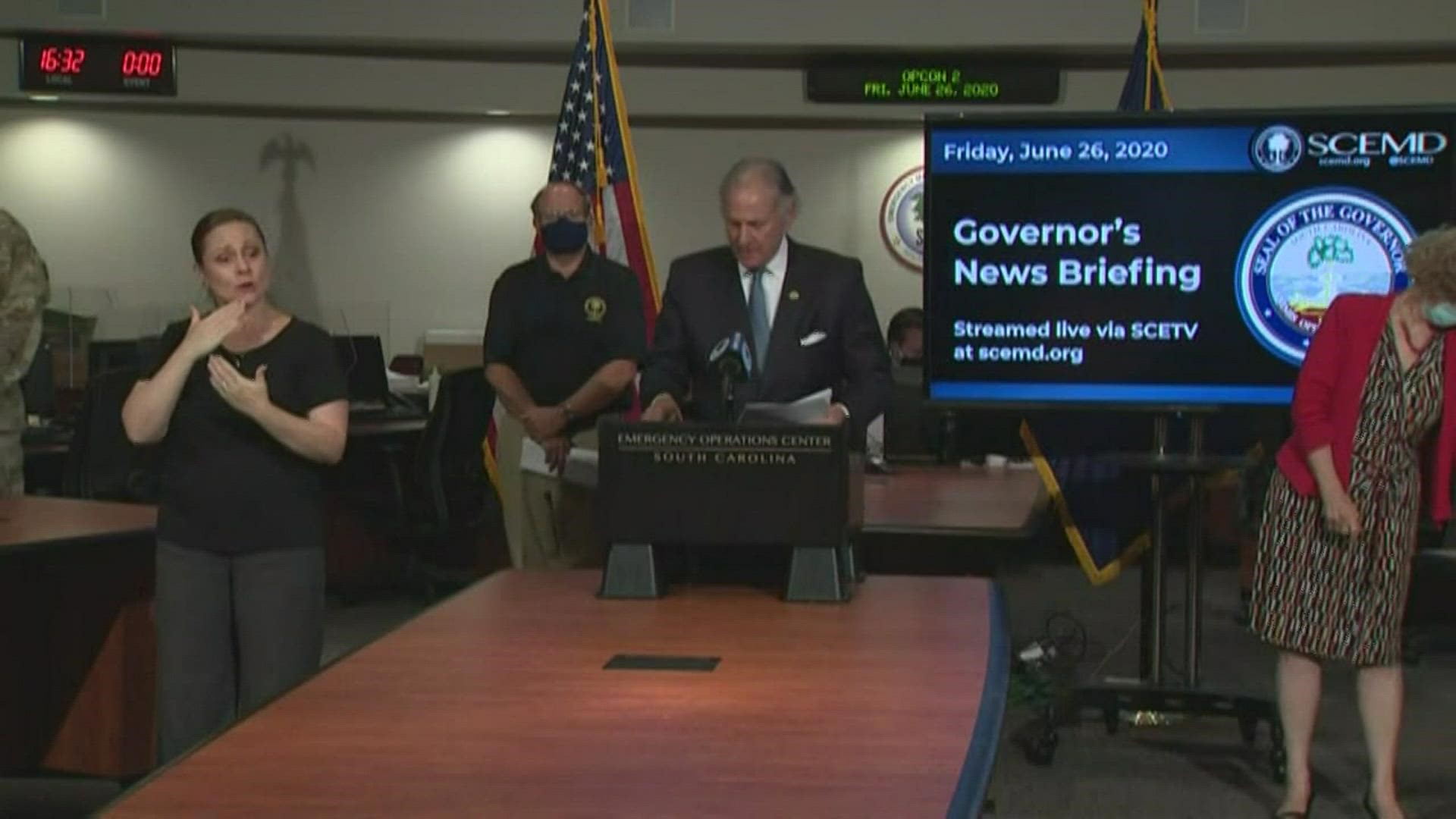 COLUMBIA, S.C. — South Carolina Governor Henry McMaster is pleading with state residents to wear masks but says he won't issue a statewide order to mandate wearing them, calling them "impractical."

McMaster gave an update on the state's response to the coronavirus as the cases in the state continue to spike at record levels.

"This is a dangerous, deadly disease," McMaster said. "You've got to follow the rules, wear your masks, keep that social distance. Wash your hands. If you're sick stay home. If you have any belief you have it get a test."

South Carolina's health agency, DHEC, announced 1,273 new cases Friday, which is just short of a record set two days ago. There was only one new death reported.

However, DHEC did announce they had have a record number of people hospitalized with the virus, with 906 receiving treatment for COVID-19.

"We're making national and international headlines, but not in the way we'd like," said Dr. Joan Duwve, DHEC's Director of Public Health.

In recent days, several South Carolina cities, including Columbia, Greenville, and Charleston, have put in place mandatory face mask rule in an effort to stop the spread of the virus.

But McMaster said he would not be issuing a statewide order, as some other states have.

"It's ineffective and impractical," McMaster said. "It is not enforceable. If we have a rule it could give us a false sense of security."

He said he does thing local jurisdictions can pass rules, but they must be narrowly tailored.

"Shutting things down is not the answer," McMaster said, saying that we learned lessons during the pandemic.

Over the last few weeks, the state has seen several days of over 1,000 cases. Experts say while increased testing may explain part of the rise, a general spread of the disease is to blame for much of the percentage change.

The rate of deaths has not risen the same rate, however, and many of the new cases appear to be people with mild symptoms. And while hospitals have seen a rise in cases, so far, they have not had to change protocols on admitting patients, including cancelling elective surgeries.

But McMaster said that could change in the coming days or weeks.

Dr. Linda Bell, the state's infectious disease expert, has endorsed an increase in the use of masks and ordinances requiring their use, suggesting a statewide rule may be needed.