SC governor says vaccine rollout will be slow, people don't need to let their guard down

The governor is holding his first briefing since the recent record-setting spike in cases. 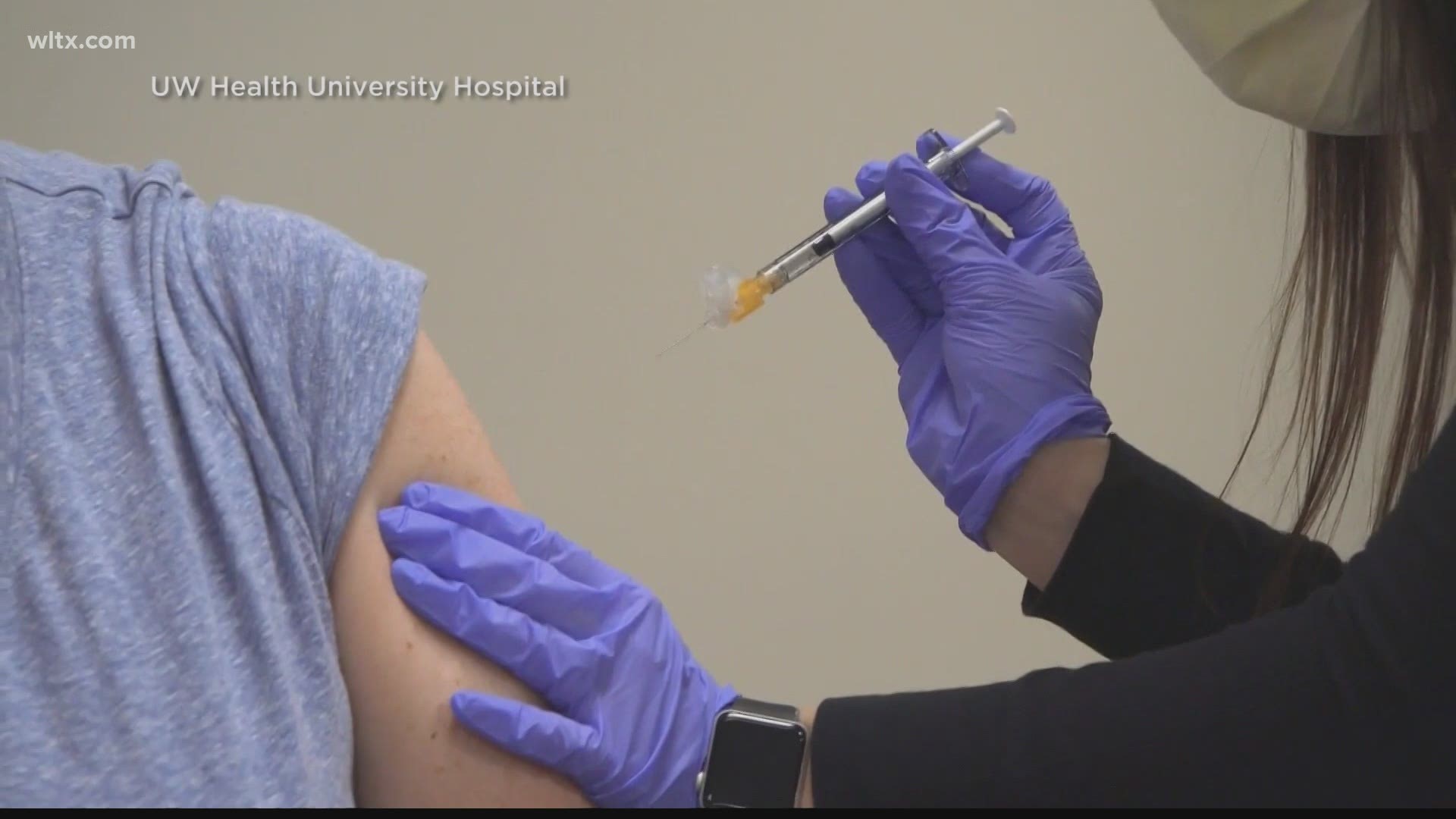 COLUMBIA, S.C. — South Carolina Governor Henry McMaster and state health officials say while the coronavirus vaccine is on the way, it's going to take months to distribute it, and this is no time for people to let their guard down as cases continue to spike.

McMaster spoke Tuesday from the state's emergency operations center where was joined by Dr. Linda Bell, the state's infectious disease expert, as well as other health leaders.

"We've got a long way to go before we manage our way out of the virus," the governor said.

It was the governor's first briefing since the state has seen a rapid spike in coronavirus cases in the last few weeks. South Carolina has seen six consecutive days of more than 2,000 coronavirus cases, the highest stretch of cases ever seen through the entire pandemic. That includes four days where the total exceeded the previous one-day high set back in July.

"It appears many people have let their guard down," McMaster said. "Now is not the time to let up. Now is the time to redouble our efforts."

Already, the United Kingdom and Canada have approved the vaccine for use, with the UK already administering the first shots.

DHEC said the federal government has told them to expect between 200,000 and 300,000 doses by the end of the year. That number could change, however, going up or down. It's also important to note that the vaccine requires two doses, spread out over several weeks.

McMaster said most people won't be vaccinated for months.

"This will not be a fast process," McMaster said. "This will be a slow process."

DHEC leaders have said they will following a multi-stage rollout of the vaccine that's consistent with CDC guidelines. Phase 1 (which is broken up into 1A and 1B) will prioritize healthcare workers and people living in long-term health facilities, such as nursing homes.

RELATED: DHEC officials prepare for the arrival of the COVID-19 vaccine

Health officials estimate they’ll be able to move to Phase One B by late January or early February.

Phase Two would broaden the vaccine to anyone with underlying health conditions in the general population. A timeline on when Phase Two could start is not yet known.

Here is the more detail on who will receive the vaccine. It's important to note this list could still be changed.:

Phase 1B: People in services with a high risk of exposure and those with high medical risks. That includes first responders including fire and police; critical utilities such as water, transportation, water removal, SCDOT workers, agribusiness, food processing workers, and correctional facilities; people over the age of 75 and persons with two or more of the following conditions: cancer, chronic kidney disease, COPD, diabetes, heart disease, HIV/AIDS, obesity, pregnancy, sickle cell disease.

Phase 3: General population not included in the above groups

Bell said the need for people to take action to prevent the disease is imperative. At least one model projects 3,000 more deaths by April, but that could be cut significantly if 95 percent of people wore masks consistently.

Dr. Steve Shelton of Prisma Health said that hospitalizations are increasing, with over 1,100 statewide, a level not seen since the summer. At Prisma hospitals alone, there are 225 patients, which is close to their summer record.