The state is in the midst of a surge in cases and a debate on masks in schools. 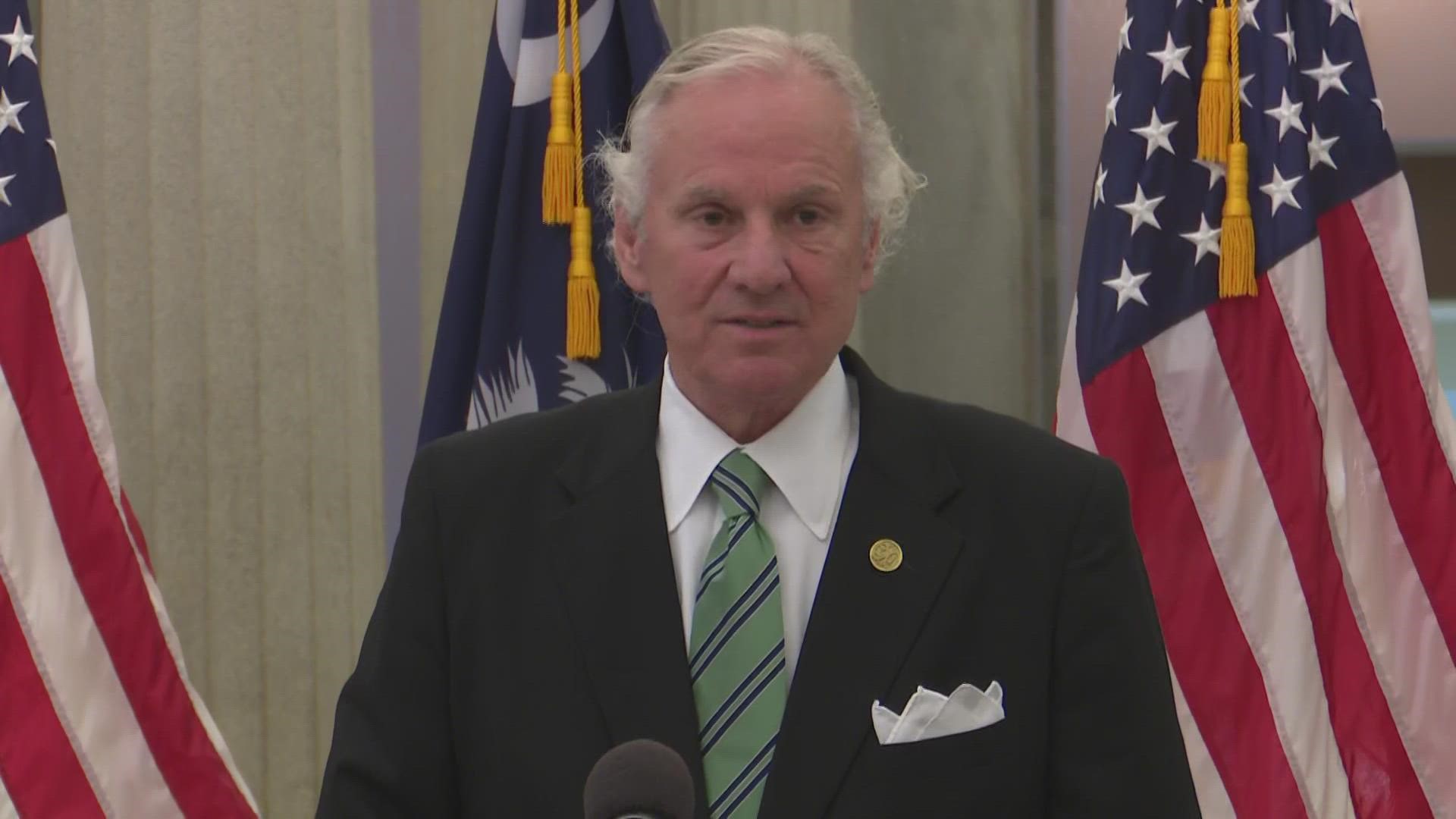 COLUMBIA, S.C. — South Carolina Gov. Henry McMaster Henry McMaster says mask inhibit a student's ability to learn, as he once again said they shouldn't be mandated in school. But the governor did also urge people who haven't to get vaccinated.

McMaster held a briefing on COVID-19 Monday as the state sees a surge in coronavirus cases and a debate persists about the use of masks in schools.

“Shutting the state down, masking our children is the wrong thing to do,' he said. "Mandating masks is not the answer. Common sense is the answer.”

McMaster, a staunch opponent of mask mandates in schools, has said repeatedly that any such mandate would be a violation of the a different proviso put in the budget.  He said he thinks a teacher and student having a mask will stop them from effectively learning.

However, McMaster did advocate for people to get the vaccine.

“If you’re going to get a vaccination, now is a great time,” he said. “Our duty to protect the most vulnerable," McMaster said.

This is the first time he's held a news conference with COVID-19 as the subject in weeks.

The remarks come as the country and the state experiences a significant surge in cases, with South Carolina seeing daily case numbers not experienced since the virus' peak last winter.

South Carolina's Department of Health and Environmental Control (DHEC) recommends following CDC guidelines that includes everyone, regardless of vaccination status, wear a mask in public outdoor settings in areas where a six-foot distance is not easily maintained; and for those who are not vaccinated to wear a mask indoors.

On Friday, South Carolina health officials reported 3,236 cases, the first time the state has recorded more than 3,000 new cases in a single day since February 12. It was also 500 more cases than the previous day.

Back when the state last hit 3,000 cases, however, the COVID-19 vaccine was only primarily available to healthcare workers and seniors and it was still difficult to get an appointment. The shot wouldn't be available to all adults until the end of March. Many municipalities also had mask mandates.

Masks have also become a pressure point in the discussion, as the start of the school year for most colleges and grade schools is set to begin. The University of South Carolina attempted to issue a mask mandate on campus but was told by the state's attorney general that went against a condition passed in the state budget this year. A professor at the school has filed a petition with the state's supreme court asking them to rule the mask rule is legal.

Columbia Mayor Steve Benjamin and the city's council passed an emergency mask mandate in elementary and middle schools in the city, saying it was necessary to protect young children because they can't be vaccinated.

Doctors have said the Delta variant of the virus, which is easier to spread, is fueling the increase. Health experts say the best way to prevent the virus is to get vaccinated.

Hospitalizations are rising as well after months of decline. As of Tuesday--the most recent days numbers were available--729 people were hospitalized with COVID, with 196 people in ICU. A week earlier, those numbers were 297 and 79, respectively.