DHEC said the number of new positive cases is the highest its been since the beginning of the pandemic. 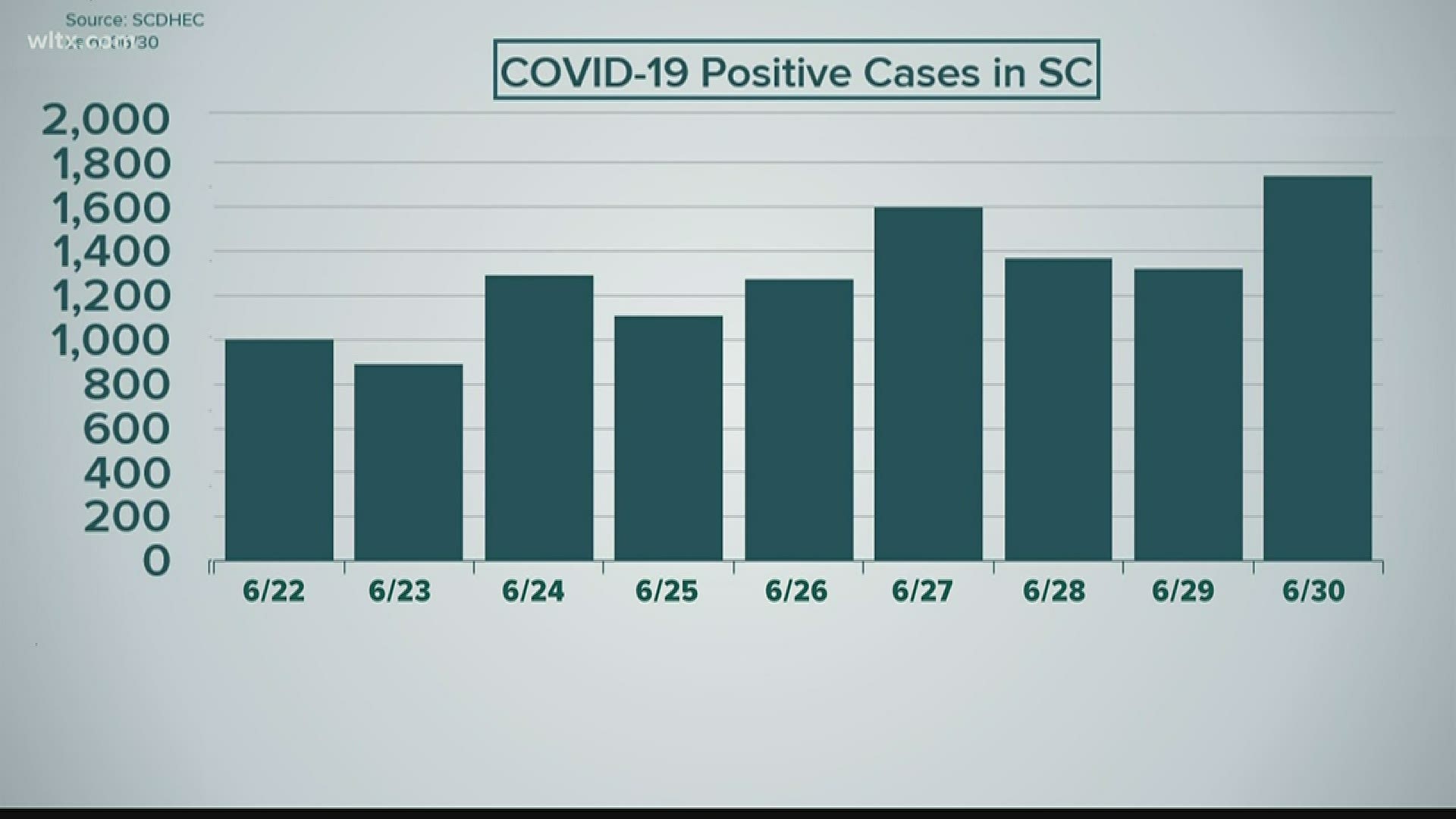 DHEC said the number of new positive cases is the highest its been since the beginning of the pandemic, dwarfing the numbers seen in March, April, and most of May. The number of people hospitalized in South Carolina from the virus is now over 1,000 for the first time ever.

Many of the increases have come from people who participated in group gatherings. DHEC says it supports the local governments and event organizers who have canceled group activities. The agency said it also recommends that families celebrate the holiday with home based activities and watching fireworks shows while remaining in their vehicles or tuning into celebrations virtually.

“The virus is rapidly spreading across the state, with some of the largest increases in our coastal communities,” said Dr. Joan Duwve, DHEC Public Health Director, in a statement released Tuesday. “We’ve all given so much for so long, and we all want to be at our beautiful beaches, at our parks, our friends’ houses, our block parties and community events but I’m asking all of us to stay vigilant in the fight against this deadly virus. While we celebrate our country’s birthday, please help your communities, especially those who are at increased risk of severe illness, hospitalization, and death. If we all pledge to wear our face masks, stay six feet apart, and wash our hands often, together we will reduce the spread of COVID-19 and save lives. That’s how we 'Stay SC Strong.’”

The agency said young people are increasingly testing positive, with a 413% increase in cases among those age 11 to 20 since early April, and a 966% increase in people ages 11 to 20 during that same time.

While shopping for groceries and other necessities, residents should wear a mask or cloth face covering, stay six feet away from others and immediately clean their hands with sanitizer or soap and water after arriving home. Individuals who are ill should stay home.

Over the last week, several major cities in the state--Columbia, Charleston, Greenville, and Hilton Head--have put in place ordinances requiring masks in public. Other jurisdictions have passed similar rules as well.

“In addition to the disheartening increases in young people transmitting the virus to their family and friends, new data indicate that asymptomatic people can spread the virus more easily than initially thought,” said Dr. Linda Bell, State Epidemiologist. “If you’ve tested positive but don’t have symptoms, it’s imperative that you complete your quarantine period in order to not spread the virus to others while you’re contagious.”