Overall, numbers are at at level now only seen during the peaks of the pandemic last July and during the winter months. 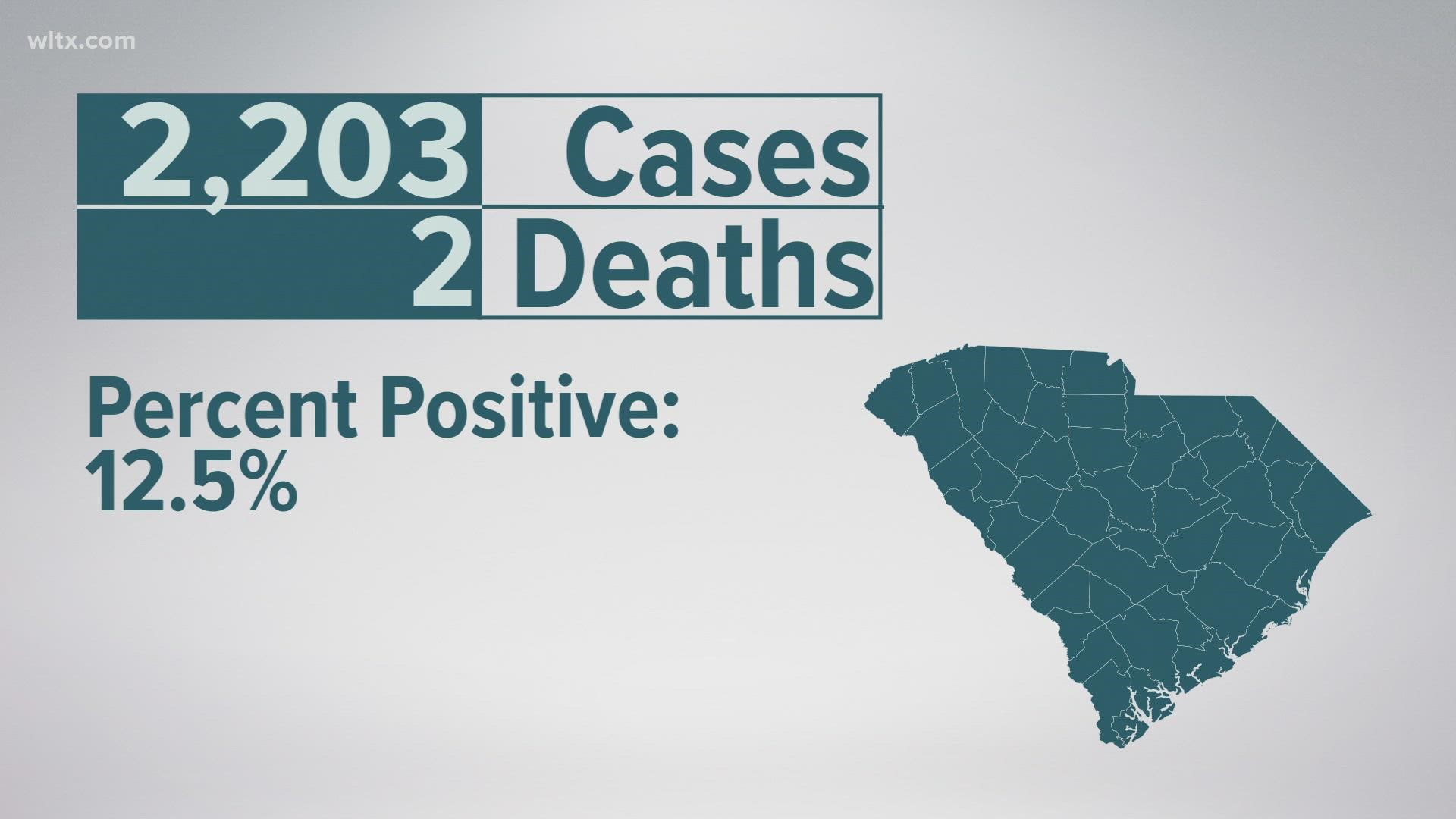 COLUMBIA, S.C. — South Carolina has eclipsed 2,000 daily coronavirus cases for the first time since early February, a new mark that shows the virus is continuing to surge in the state.

South Carolina's health agency, SCDHEC, said there were 2,203 new total cases Friday. The numbers are based on data collected from July 28, which was Wednesday.

That total is the highest seen in the state since February 12, when there were 2,996 cases. Overall, numbers are at at level now only seen during the peaks of the pandemic last July and during the winter months of December, January, and February.

For perspective, one month earlier, on June 28, there were 147 total cases.

For seven of the last eight days the state has seen totals above 1,000 cases after having not eclipsed that mark even once for three months.

The recent surge has alarmed health experts in South Carolina, who say the surge is being pushed by the Delta variant of COVID, which is more contagious.

RELATED: CDC document warns delta variant appears to be as contagious as chickenpox

Hospitalizations also have increased dramatically, with 453 people receiving care statewide in numbers released this week. A month ago, that number stood at 124.

The rise comes even as the coronavirus vaccine is available to anyone over the age of 12, has has proven extremely effective in preventing infections overall, but particularly serious illness and death.

Currently, just 51% of people age 12 and older statewide have gotten one dose of the vaccine, while 44.5% are completely vaccinated. In some counties, particularly in rural areas, those numbers are far lower.