Schools statewide have not been in operation since mid-March, when McMaster first ordered them closed. 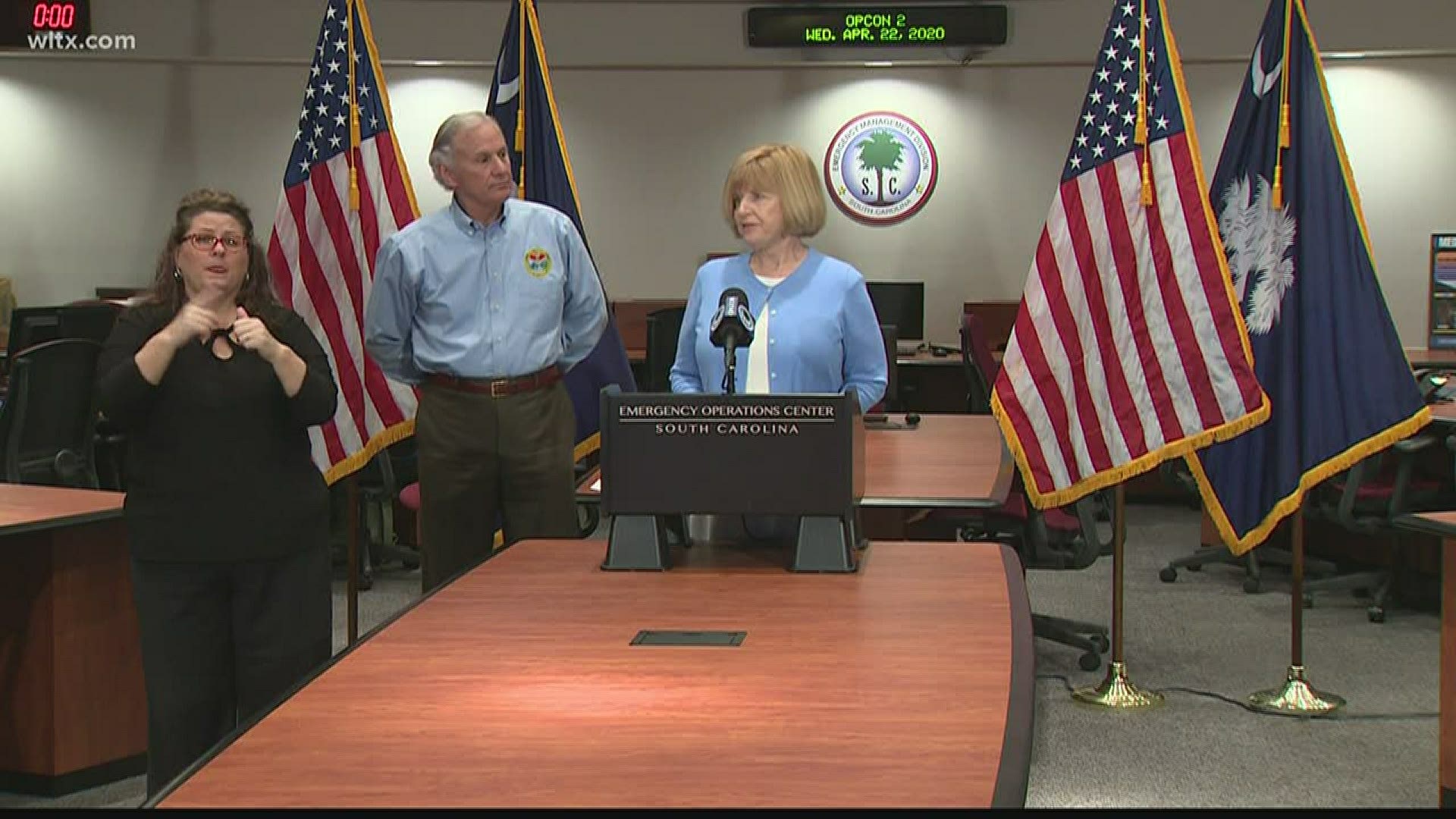 COLUMBIA, S.C. — South Carolina schools will remain closed for the rest of the academic school year, the governor and education superintendent announced Wednesday.

South Carolina Gov. Henry McMaster and Education Superintendent Molly Spearman issued a statement at a news conference, ending speculation for parents, students, teachers, and staff about whether classes would resume.

"Thank you for making this difficult decision, but you made the right decision," Spearman told the governor. "In this pandemic, we have been able to carry on very good instruction. Our buildings will not open for the rest of the year but instruction will carry on."

Online instruction will continue until the regular end of the school year, which is late May for some, but early June for most.

McMaster did give districts the flexibility for students who need special needs instruction and for some summer school programs. He also encouraged the districts to find a way to have some type of graduation program down the line.

Spearman said for the last two weeks of the school year, there would be opportunities for some people to close out the year, including picking up and dropping off materials. She even said there may be a way to have one-on-one parent teacher meetings, if good social distancing is used.

She said students would be allowed to go to the next grade, but there would have to be discussions with teachers about students who were on the margin of now advancing.

Spearman will create a task force to determine how school can reopen in August. "We would love to, and that's what will work toward," she said. "But how can we do it in a safe way."

She said there may have to be "significant changes" to the regular school day, particularly social distancing, and that's what the task force will work toward.

"We will come out of this stronger," she said.

Full Video: South Carolina closes schools for the remainder of the school year

Spearman said the federal CARES Act could help cover some of the costs of reopening, including cleaning the building.

As for retaining teachers and layoffs, she said she didn't see any for now, but that would depend on what the state legislature does to help and what the tax revenue looks like. But she said the goal would be to retain everyone for instruction.

Both McMaster and Spearman were not sure what the status of sports will be and said that will have to be evaluated in the coming weeks and months.

McMaster first suspended school back on March 15 to stop the spread of the coronavirus. He later extended the closure until April 30.

RELATED: When will South Carolina schools reopen if at all this school year?

The state education department conducted a survey of local superintendents last week, which found that 65 percent of them said that if given the option they would prefer to remain closed for the rest of the year. WLTX reached out to some districts which told us they did not feel it would be possible to maintain social distancing on school buses and in most classrooms.

Spearman and McMaster both mentioned how challenging this time has been, but that they were impressed with how teachers, parents, and students rallied to meet the challenges.

She admitted there were some students who have struggled with distancing learning because of the digital divide, meaning people who don't have access to computers or high-speed internet.

Spearman highlighted the fact that 5 million meals had been delivered so far, and she thanked the cafeteria workers, bus drivers, and teachers and staff who helped in that effort.