Henry McMaster said he's frustrated by the pace of the vaccine rollout and he's planning to speed it up. 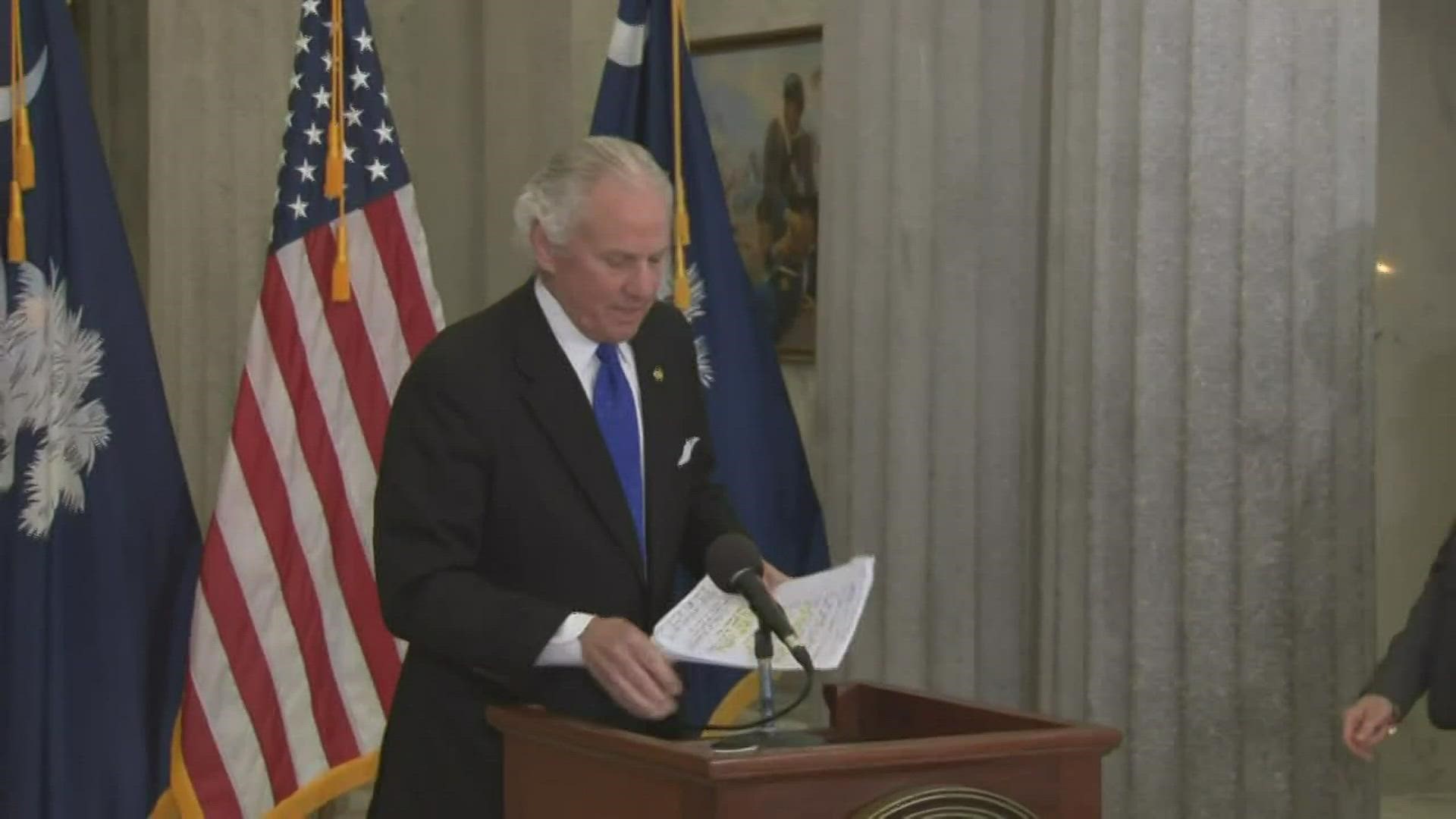 COLUMBIA, S.C. — South Carolina Gov. Henry McMaster says he's "frustrated" with the pace of the vaccine rollout in the state and he's working to speed it up, including setting a new deadline for the first phase of the rollout.

McMaster said Tuesday during a news conference at the State House that everyone included in Phase 1A would need to either be vaccinated or have an appointment by January 15, just 10 days away.

"The good news is we have the vaccine," McMaster said. "The bad news is it's not going out fast enough to the people. But we are going to fix that because we have found what we believe are the bottlenecks."

Phase 1A includes hospital workers and first responders, as well as staff and patients at nursing homes. McMaster was mainly addressing the Pfizer vaccine that was allocated for and distributed by hospitals in the state. The Moderna vaccine went to nursing homes and is being distributed by CVS and Walgreens.

The governor said anyone who doesn't meet the deadline will have to go to the "back of the line," which he clarified meant they'd go into the next vaccination pool.

"It's like boarding your airplane: when they call your rows, if you don't get on the plane, you go to the back of the line. you get in with everybody else," he said.

McMaster said he spoke with leaders at the state's health agency, DHEC, as well as the heads of the hospitals about where the problems were. He vowed that if things don't start changing soon, he'll take further action, including executive orders.

"If we don't see progress, we will cause some progress," McMaster said. "Let's get moving."

DHEC received its first shipments of the vaccine last month. They announced Monday they'd gotten the first shipment from the federal government of the second dose. (The Pfizer and Moderna vaccines require two doses, spread out by several weeks.)