The measure was approved on a 5-2 vote Wednesday. It goes into effect Friday at 6 a.m. 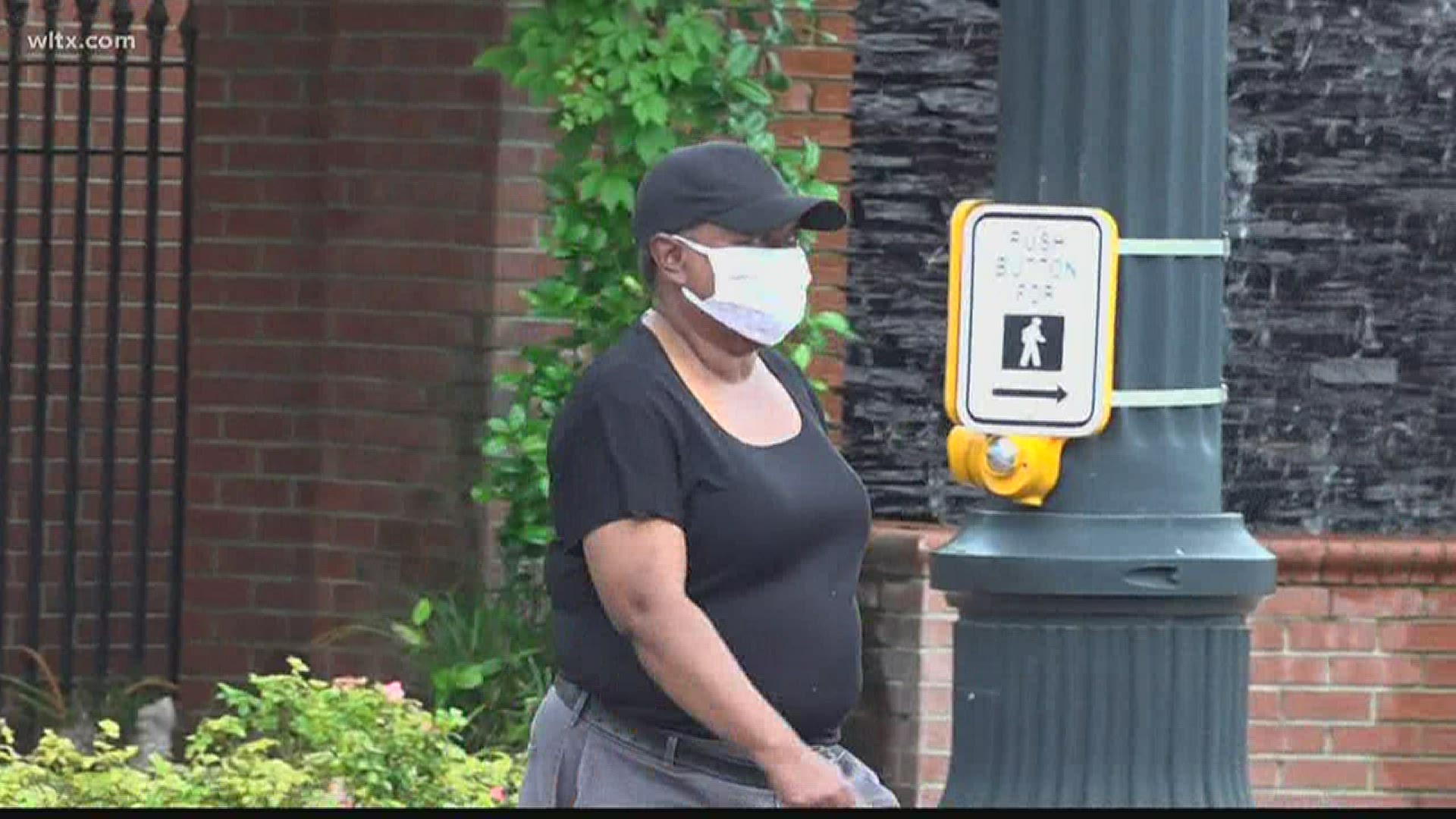 SUMTER, S.C. — The City of Sumter has passed a measure requiring people to wear face masks when they go into retail stores and restaurants.

The measure was approved by a 5-2 vote Wednesday. It goes into effect Friday at 6 a.m.

The ordinance will only be in effect for 30 days unless the council takes further action. Some other jurisdictions put theirs in place for 60 days.

"It really is a public health issue and the problem is, as much as we should wear masks and respect others as part of our own freedom, we're not doing it," Sumter Mayor Joe McElveen said.

The emergency ordinance requires face coverings in dining and retail establishments, including grocery stores, home furnishing stores, pharmacies and more. Customers and staff are required to wear the masks in most situations.

Exceptions include outdoor areas, members of the same household, children under 8-years-old and those with medical concerns that prevent the safe wearing of masks.

"I think it's a good thing," Will Singleton, who owns a retail store in town, said. "Until they find a vaccine or treatments for it, this may be the only way we can deal with it."

"In order to protect not only yourself, but people around you, people in the community," Dixon said.

Sumter's Chamber of Commerce conducted a survey ahead of the vote.

Results showed roughly 60 percent of around 3600 polled were opposed citing medical concerns, usefulness or an infringement on their right to choose, according to Chamber President Chris Hardy.

The state attorney general has said it is lawful for cities to implement these ordinances.

The penalty for non-compliance of Sumter's new ordinance could be up to $50.