32,513 people filed for unemployment in South Carolina during the week ending May 9, 2020 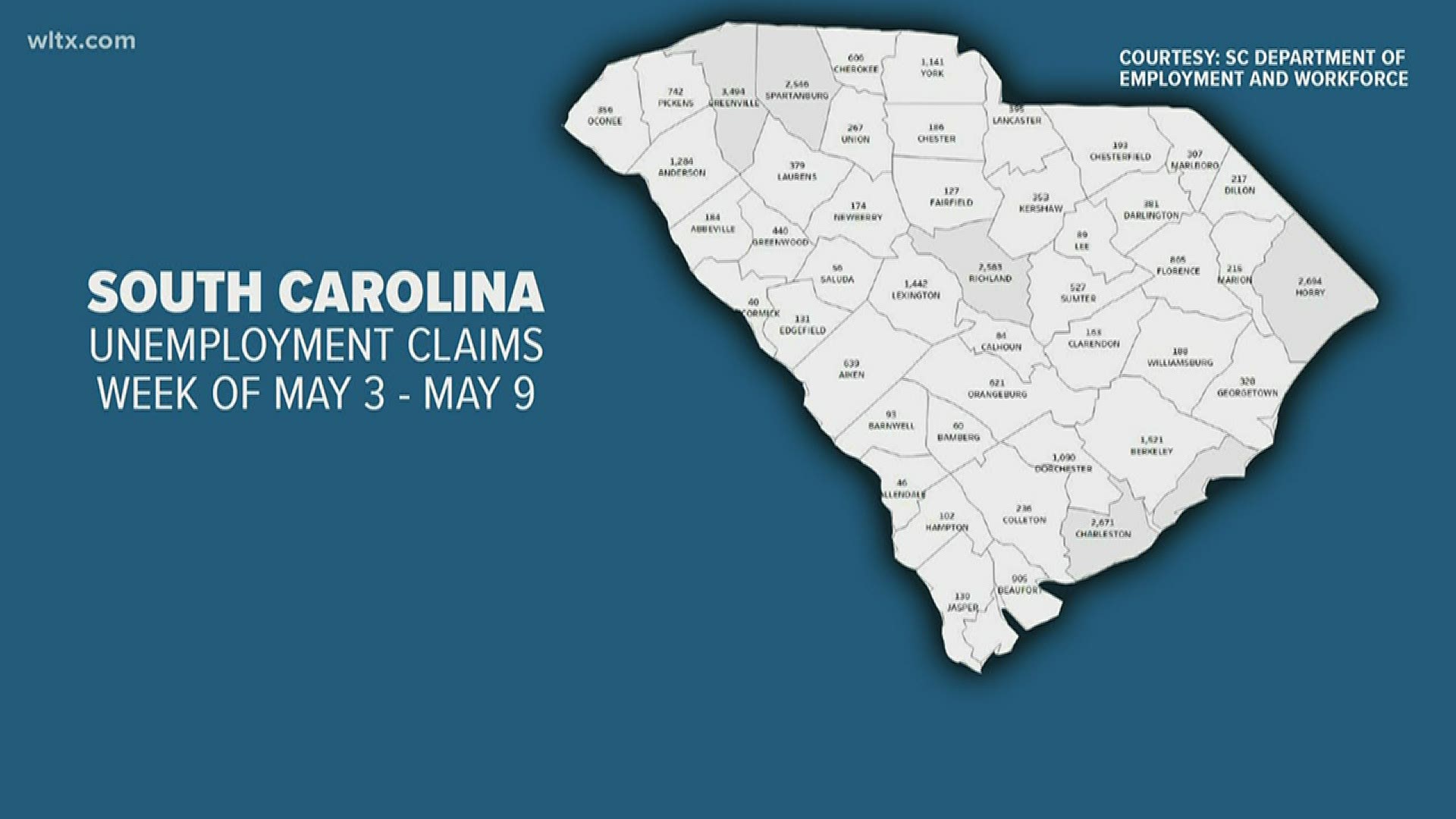 COLUMBIA, S.C. — The number of people filing initial unemployment claims in South Carolina has fallen for the fourth time since the beginning of the coronavirus pandemic, according to the Department of Employment and Workforce (DEW).

Here's a further look at the latest numbers for the week ending May 3-May 9: