The family of Kevin and Misty Mitchem say the parents regretted their choice to not get a COVID-19 vaccine. 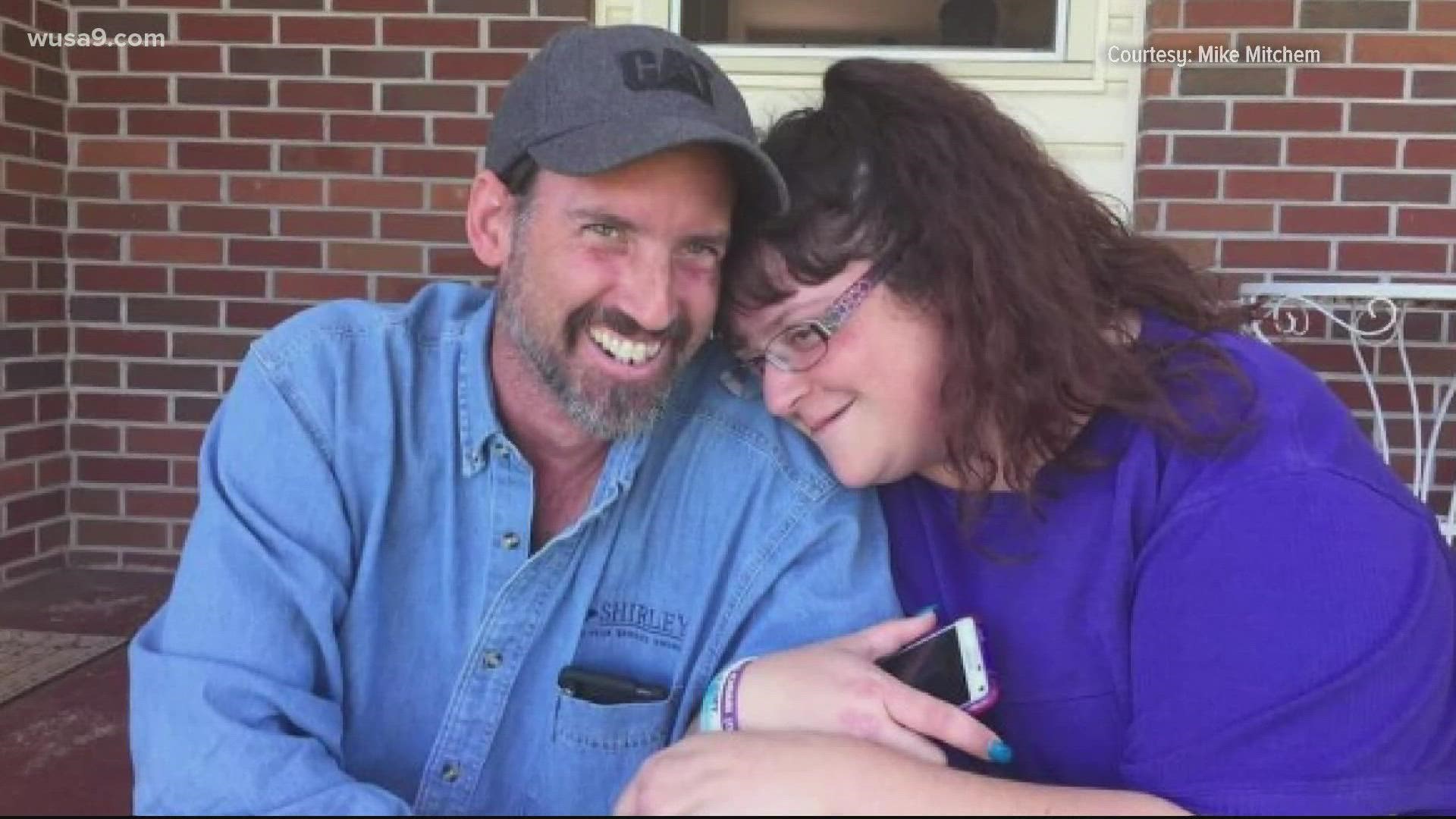 WOODBRIDGE, Va. — As Kevin Mitchem lay dying of COVID-19, he made an admission of regret to his father: he wished he had gotten a vaccine.

"His last words were, 'Dad, I'm scared to death,'" Don Mitchem, Kevin's father, said. "If that don't wake people up, nothing will."

The Mitchem family is not only mourning the loss of Kevin Mitchem, but also his wife, Misty Mitchem, who died 15 days before her husband, also from the virus. The parents of five children had chosen not to get vaccinated.

"He had the pain of not only being sick, but the pain of his wife being gone," Kevin's brother Mike Mitchem said. "The pain of wondering, 'what's going to happen to my kids?'"

The couple's youngest children are living with family in South Carolina, but the Mitchem family is now on a mission: to share Kevin and Misty's story, in the hopes that it convinces other unvaccinated people to change their mind.

In his last phone call with his mother Terry Mitchem, Kevin went as far as to say, "Mom, I love you, and I wish I would've got the shot."

"His last words were a rebuttal to him not getting the vaccine," Mike Mitchem said. "It was regret; you could hear the regret in his voice."

A Gofundme was created to raise funds for the orphaned children, raising more than $22,000 in less than a week.