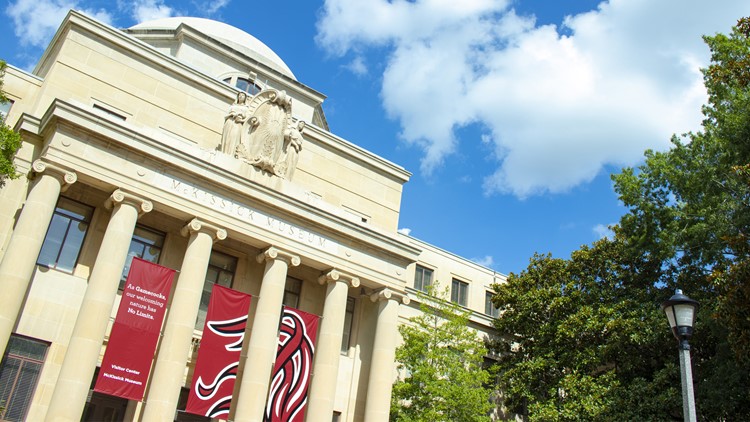 University of South Carolina plans for financial impact of COVID-19

COLUMBIA, S.C. — The Financial Committee of the University of South Carolina Board of Trustees met Thursday morning to review the financial impact of the COVID-19 pandemic on the institution before assembling a budget for the 2021 fiscal year. The deadline for submitting the budget is June 1.

USC President Bob Caslen opened the meeting, going over recent actions -- voluntary pay reduction, deferred merit raises for faculty and deferred construction -- and in the future, looking at possible reorganization and centralization of some workflows to gain efficiencies.

According to figures released by the Financial Committee, the school is looking at a potential loss of income of $20-$40 million over the summer because of streamlined or cancelled activities.

"They were speaking with their feet, on cancelling or delaying their registration and their deposits."

Caslen said the school was in line with reports from colleges and universities around the United States seeing around 15 to 20 percent of students hesitant about returning to class. The president said that number is something that must be looked at and addressed by those in the business of higher education.

He also emphasized that USC's return initiative includes an optional return for students.

This is important to understand, Caslen said, "students will return [to USC] with the option of returning. We're not requiring them to return, we are giving them the option to return."

"In addition, we are giving the faculty the option to return. So faculty that see themselves as vulnerable and do not want to accept the risk, will deliver an education online as they did in the spring time."

There will be some type of blended education system provided that the Provost will finalize. Caslen had announced earlier in the week that there would be no Fall Break this semester and that in-person classes would end at Thanksgiving Break.

The Financial Committee is anticipating increased costs related to PPE, additional cleaning and mitigation methods used to try and mitigate the spread of coronavirus.

Some of those methods that will be factored into the budget include:

Although the Financial Committee says it expects no significant additional general fund dollars from the State of South Carolina, USC has seen some relief in the estimated $34 million in federal CARES Act funding distributed across the university system and expects FEMA to reimburse 30% of certain PPE purchases.

The Financial Committee suggests "to the extent possible," for the 2021 fiscal year budget:

USC's fall semester is scheduled to begin Aug. 20, and, yes- there will be football!

Although the SEC teams have not yet decided how those games will look -- whether teams play without fans or with limited capacity of fans -- USC Athletic Director Ray Tanner emphasized the SEC teams are in contact during the week and "there's still plenty of time" to decide the structure of the fall football season.

Without going into detail, Tanner said players and coaches have been given the go-ahead to return to campus and there is a protocol in place to deal with COVID-19.

RELATED: USC to hold virtual graduation instead of in-person ceremony