The petition suggests the attorney general's interpretation of a state proviso 'creates new law where none exists.' 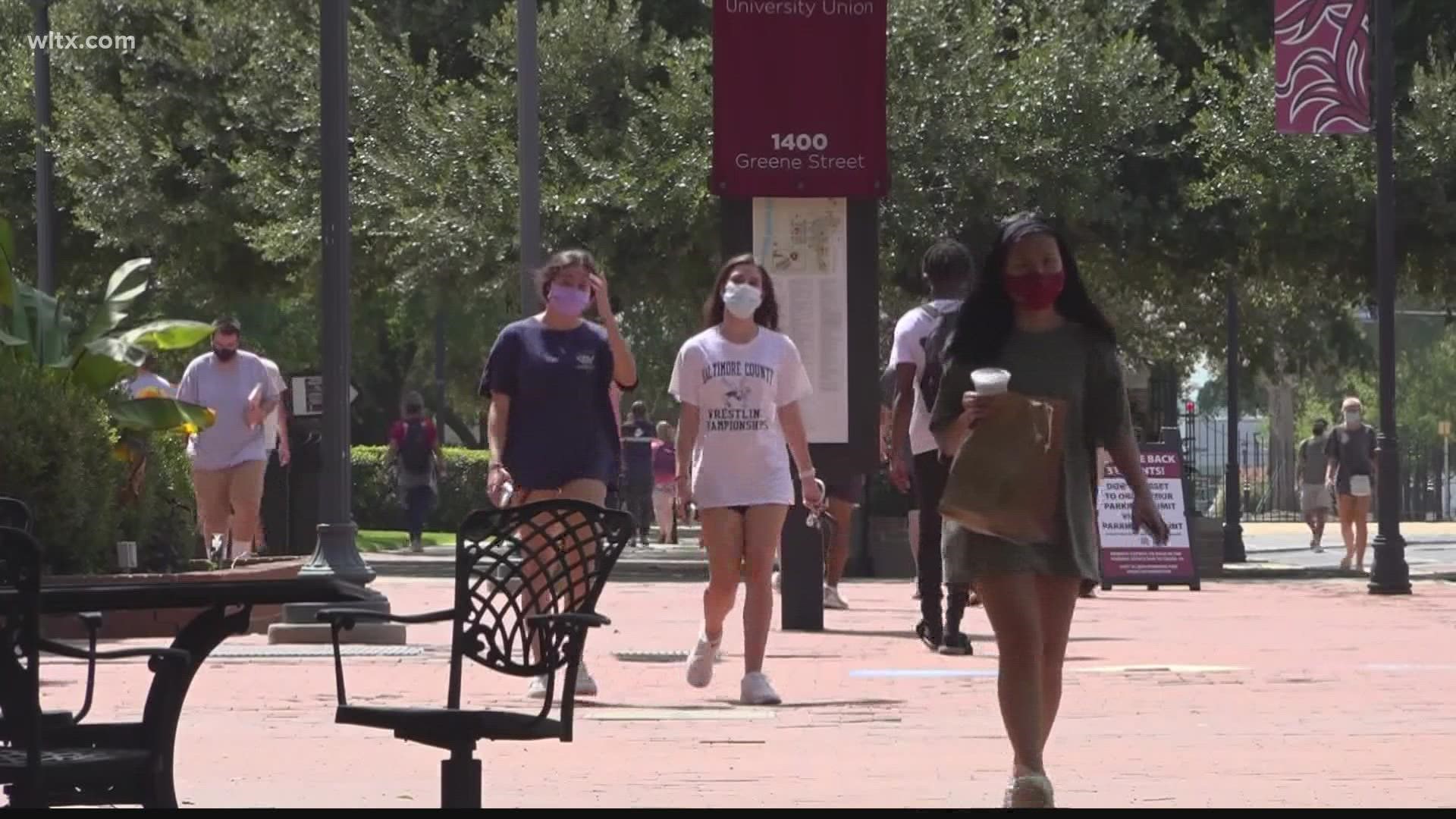 COLUMBIA, S.C. — A University of South Carolina professor and his attorney are asking the state supreme court to weigh in on an ongoing battle over mask mandates in Columbia that could have far-reaching consequences.

Professor Richard Creswick filed a petition for original jurisdiction on Thursday through the office of his attorney, South Carolina State Senator Dick Harpootlian.

The petition urges the South Carolina Supreme Court to rule on the battle over whether the state's institutions of higher learning can require faculty, staff, and students to wear masks while indoors. And, with classes starting soon, the petition also asks for this to be done quickly.

"The simplicity of this dispute is underscored only by its gravity," the petition states. "The coronavirus pandemic is rising again, this time with a new, more contagious strain of the disease capable of breaking through otherwise highly efficacious vaccines and being spread by vaccinated and unvaccinated alike."

It goes on to say that this is a particular issue for Creswick and his wife, the latter being immunocompromised.

The University of South Carolina originally enacted a mandate that would have required masks in most indoor settings. However, it reversed the decision after an opinion from the attorney general said that would contradict a state proviso.

In fact, the decision to reverse came less than a day after South Carolina Attorney General Alan Wilson sent a letter to the university's interim president, Harris Pastides, stating that it would be invalid.

Wilson said a budget proviso (numbered 117.190) passed by state lawmakers this summer meant no public university could mandate the wearing of masks. He said while the proviso isn't well-worded, it was clear the legislature's intent was to stop the required wearing of coverings.

But the petition filed on behalf of Creswick suggested that Wilson's interpretation "contorts this non-discrimination provision to prohibit all masking -- a reading far beyond the text and contrary to what public health authorities in this State and across the Nation have required and still require in congregate settings to stop COVID-19 transmission while public life continues."

Rather, Creswick's petition counters that the proviso only prohibits an unvaccinated person from being singled out to wear a mask on campus.

"No great act of construction is required here; the Attorney General is plainly wrong and has created a controversy where none should exist," the petition states. "Regrettably, the University acceded to the Attorney General’s demand and revoked its universal mask mandate while acknowledging its importance and pleading for voluntary compliance."

The petition also makes a case for its consideration by the South Carolina Supreme Court by suggesting that "failing to correct" the attorney general's "flawed theory" could lead to "serious illness and death" along with the lengthening of the ongoing COVID-19 pandemic. It also adds that there is significant public interest since the decision could impact the rights of colleges and universities across the state.

Following the petition, which directly calls out the attorney general, his office released a short response on Friday reading:

"We reiterate what we wrote to Sen. Harpootlian. If the legislature’s intent was what he says it was, he’ll have no trouble getting his fellow lawmakers to pass something clarifying that. This is a political question for the state legislature to address, not the Supreme Court."