According to DHEC, Orangeburg County as a whole has administered more than 18,704 vaccines so far. 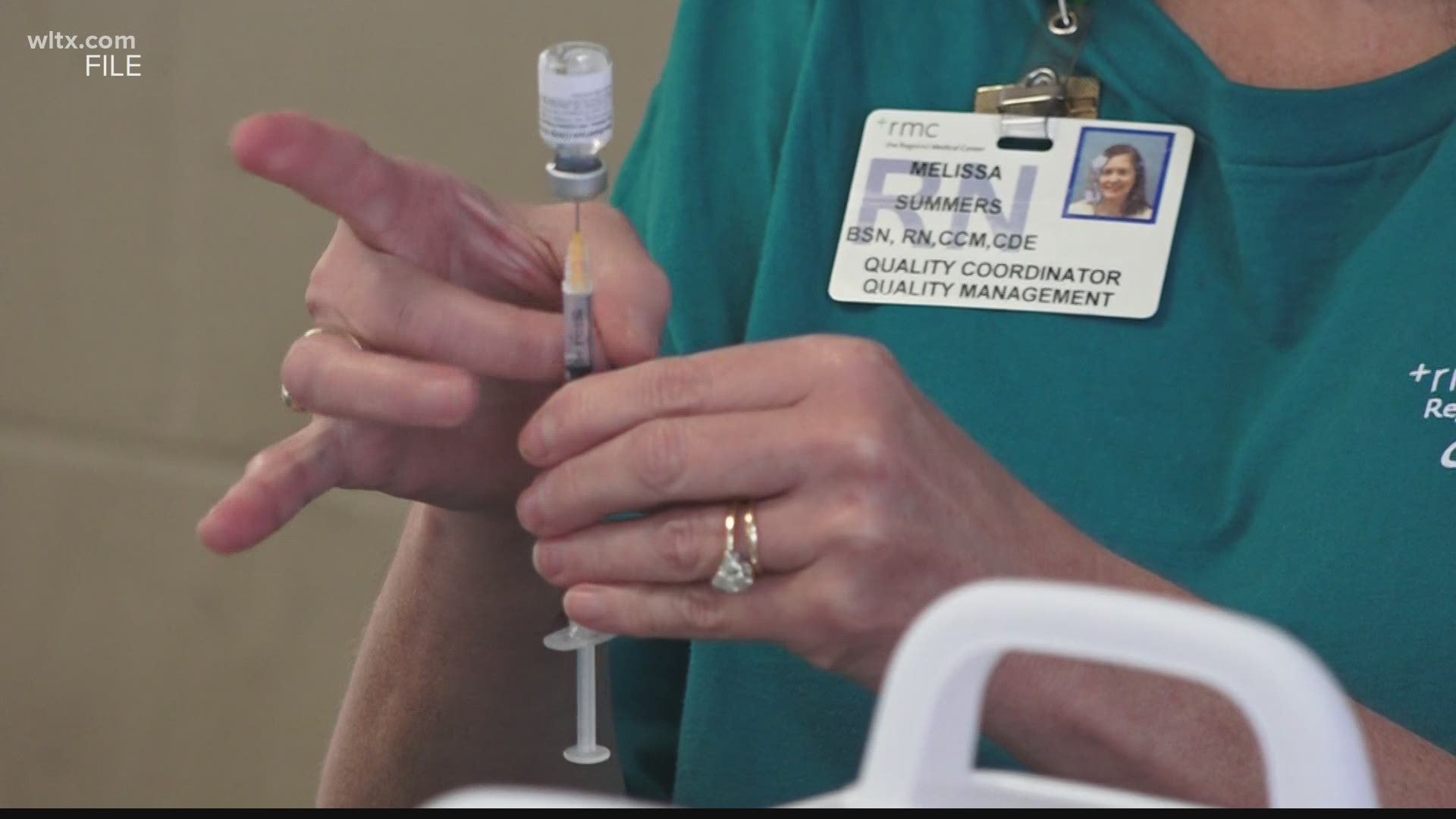 ORANGEBURG, S.C. — Health experts say they are struggling to get covid shots in the arms of rural South Carolina residents.

"I know vaccination allocation has been a struggle for many institutions in several areas," said Regional Medical Center's VP of Operations Matt Hinkle. "However, we don't feel like we are getting our fair share."

"The reality is Orangeburg, Bamberg, Calhoun, and Barnwell; these counties are not receiving enough doses to care for its population timely," said Hinkle.

According to DHEC, Orangeburg County as a whole has administered more than 18,704 vaccines so far.

"That's the key," expressed Orangeburg County Administrator Harold Young. "If we have 91,000 residents and if we only did 18,000, we're not nearly close to a percentage to eliminate spread in the county."

Young says the plan is to get more vaccines allocated to host more mass vaccination clinics throughout the county. He says other partners like the family health care centers incorporated are stepping up to host a series of clinics in different locations this week.

"This will be a game-changer because now it will get vaccines to areas of the county that have seen vaccines yet," said Young.