The Republican governor said the decision could be destructive to the livelihoods of many Americans. 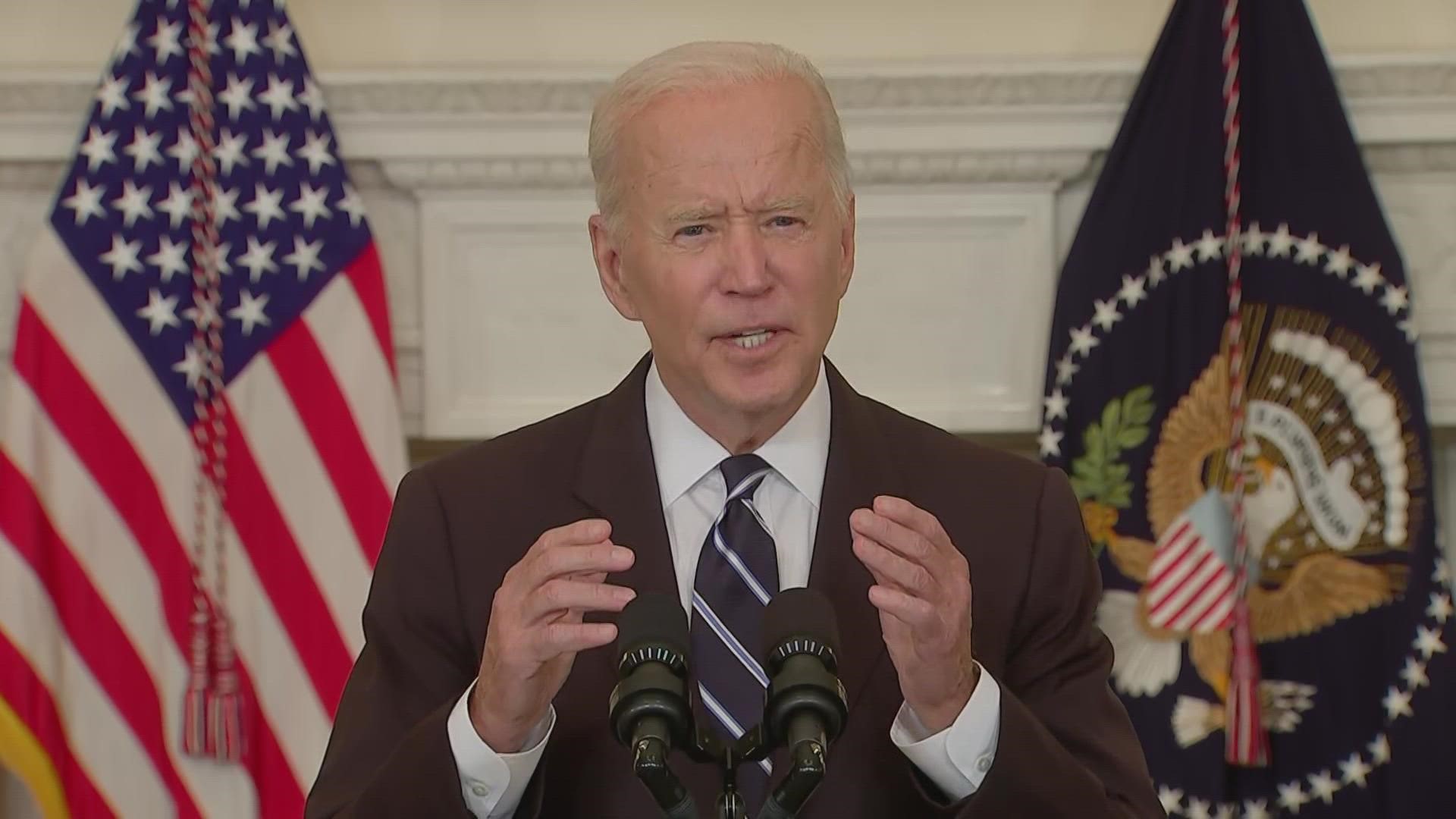 The Republican governor addressed the new requirement for employers with more than 100 workers to either have employees be vaccinated or test for COVID-19 weekly.

Biden's action is estimated to impact as many as 100 million Americans.

“We’ve been patient. But our patience is wearing thin, and your refusal has cost all of us," Biden said during the announcement. He added that those who are unvaccinated “can cause a lot of damage, and they are.”

DeSantis expressed several qualms with the action, calling the mandate unprecedented and destructive to the livelihoods of many Americans.

"When you're taking action that's unconstitutional, that threatens the jobs of the people in my state — many, many thousands of jobs — I'm standing for them. We're going to protect their jobs from federal overreach," DeSantis said.

The governor highlighted his concern that people who have been working through the pandemic's entirety will be "tossed aside" at a time when hospital systems and other essential jobs are already feeling the strain. DeSantis says no one should lose their job based on a federal mandate to get vaccinated and expects legal challenges to follow suit.

"At the end of the day, we don't live with a one-person rule in this country. We live in a constitutional system which people's rights are respected. But particularly in this juncture, their livelihoods and their jobs have to be protected," he said.

The federal decision appeared to re-hash the back-and-forth the two leaders have been all too familiar with since Biden took office. DeSantis also took an opportunity Friday to criticize Biden's policies and response to the pandemic.

"I think the problem I have with Joe Biden, more than anything, this guy doesn't take responsibility for anything. He's always trying to blame other people, blame other states," DeSantis explained.

Health officials have said the majority of the spread of COVID-19 — plus hospitalizations and deaths — has occurred among people who are not yet fully vaccinated. The American Medical Association, the National Association of Manufacturers and the Business Roundtable all joined to praise Biden's announcement, according to The Associated Press.

HAPPENING NOW: Gov. Ron DeSantis is speaking at a veteran appreciation event ahead of the 20th anniversary of the Sept. 11 attacks.