Experts recommend women get their breast cancer screening before their first vaccine dose or eight weeks after their second dose. 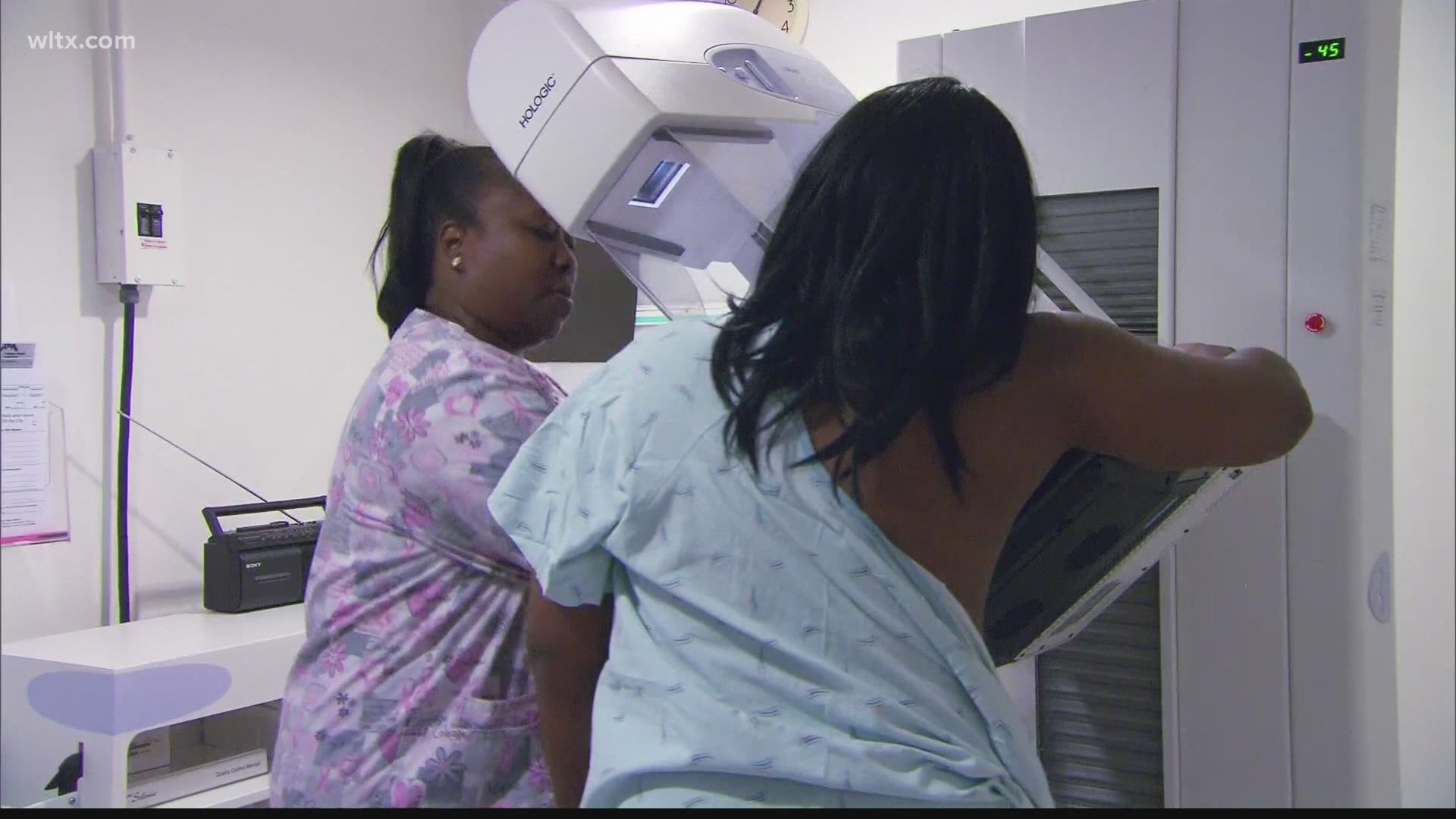 COLUMBIA, S.C. — The COVID-19 vaccines have a number of side effects that are expected to follow the shots. One of those, swollen lymph nodes, has become a cause for concern for some radiologists.

Doctors say they have seen a decrease in breast screenings since the start of the pandemic, and they are urging women to not delay their mammogram -- but they should consider the timing based on vaccination.

The vaccines can cause swollen lymph nodes in some people. When your radiologist sees a swollen lymph node during a mammogram, that can be a cause for concern and warrants a follow-up exam. Doctors are trying to avoid false positives and unnecessary anxiety.

RELATED: MUSC studying how COVID-19 impacts those with cancer

Dr. Douglas Bull with Prisma Health says, "We learned very early that we were having some women getting the vaccine and then when they were getting their screening mammogram, we found there was some lymph node swelling under the arm where the vaccine was given."

He says the vaccine triggers an immune response, "Lymph nodes do their job, that's how they respond." Although, it's exactly what you don't want to see when screening for breast cancer. Dr. Bull says, "A problem for us, is trying to decide whether it is the vaccine causing the problem or is it something else."

Swollen or enlarged lymph nodes is a normal response to a vaccine but swollen lymph nodes, particularly in the armpit area, can also be a sign of breast cancer.

RELATED: VERIFY: Why you should wait to get a mammogram if you've gotten a COVID-19 vaccine

Registered nurse Kia St. Cyr says she delayed getting her breast screening. "I was afraid of going into the hospital or any type of doctor's facility as I was afraid of getting COVID."

The 41-year-old says she knows she needs to get one done. "Having close relatives with a history of cancer and breast cancer, and being a nurse, I knew that I needed to get it done," she says.

According to DHEC's most recent numbers, in 2018, 75.5% of white women had a breast screening. While 83.4% of African American and Hispanic women had one.

Sandra Burgess says she, too, was forced to delay her annual mammogram. "I was scheduled, but with COVID, it was cancelled and not rescheduled," she says. "It is a concern. I have very close friends and family that have had a bout of breast cancer."

Dr. Bull recommends women either get their breast cancer screening before their first dose or eight weeks after their second dose.