While some aren't yet eligible, advocacy groups say more should be done to improve access to those who are, including adding more Spanish-speaking resources. 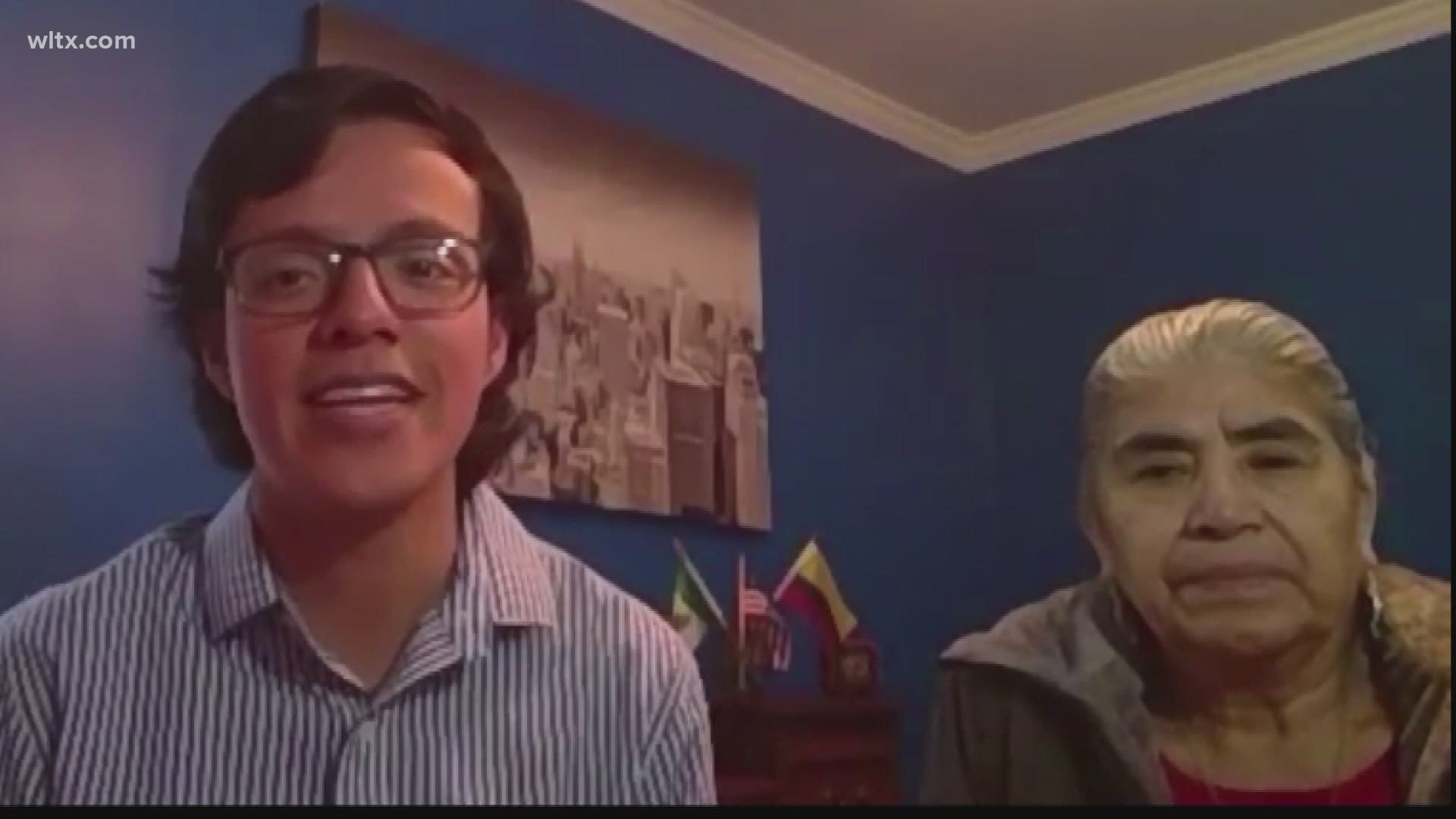 COLUMBIA, S.C. — When Carlos Montes found out those 65 and up could get the vaccine, he was ready.

“I stayed up that night to be one of the first ones,” Montes said.

His grandparents Eugenia and Delfino could finally qualify, but only speak a little English – one of a few barriers the couple faced.

“Well, there’s no way (my grandmother) could’ve started it… due to the fact not only that English isn’t her first language, but also really the rabbit hole and endless amount of clicks you have to make to set up an appointment,” Montes said.

While more than 539,000 people have been vaccinated in South Carolina, only 9,326 who identified as Hispanic of Latino had received it as of Tuesday, according to data released from the S.C. Department of Health and Environmental Control (DHEC).

“Just look at the numbers,” Lydia Cotton, a board member for the Midlands group Latino Communications, said. “How in the world from 500,000 to 9,000?”

While some in the Hispanic community may not be eligible for the vaccine due to age or occupation, Cotton, who is also a Hispanic liaison for the City of Charleston, said that others may be fearful to get the shot, not understand the process or be unable to read the information in English.

“We have to send the message in a way they can understand it,” Cotton said, “The intentions are there, but locally there’s work to do.”

In a Wednesday press conference, DHEC said the demographic information will be more telling when more people can receive the vaccine.

Dr. Linda Bell with DHEC added that, “We know a racial disparity exists for this vaccine and for other vaccines as well and we have continuous efforts underway to work with community-based organizations, the media and predominantly African American audiences and the faith-based communities to answer questions and disseminate information about the vaccine to address these health disparities.”

The agency has also translated some of its information into Spanish and provides Spanish-speaking assistance through its vaccine help line at 1-866-365-8110.

With their grandson’s help, Eugenia and Delfino were able to get their first shot this week.

She added that she’s hoping to see more resources made available to make the process easier for others in the Hispanic community.