SC to get 10,000 more weekly vaccine doses starting next week

This increased level is expected to last for three weeks. 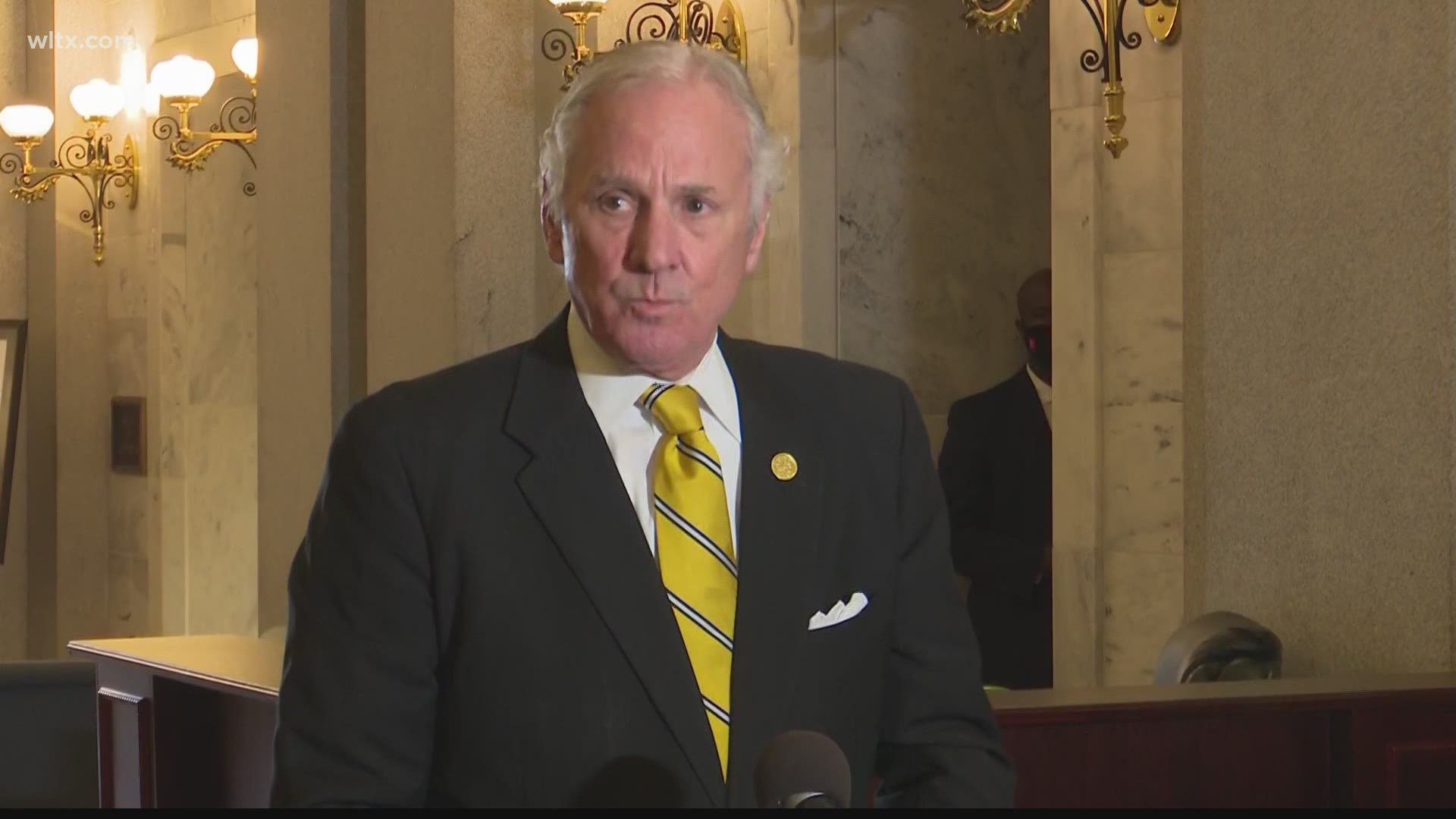 COLUMBIA, S.C. — South Carolina health officials say the vaccine rollout is speeding up, as the state anticipates a bump in vaccine supply next week.

DHEC said Wednesday they've been told by the federal government that they will get a 16 percent increase in doses starting next week. That means that instead of 62,600 doses like this week, they'll get 72,600 next week.

The increase comes from an increase in Moderna vaccines: they'll go from 31,400 this week to 41,400 next week. The Pfizer doses won't change.

This increased level is expected to last for three weeks. It's unclear if there will be a further increase after that time.

DHEC did not have an update on when their new one-stop shop vaccine registration portal and phone number for people to sign up to get the vaccine will open. Right now, the current main phone number for DHEC has been getting inundated with calls.

Up until now ,there's been no direct way to sign up to get the vaccine through DHEC. People who need the vaccine have to go through the government's website, VAMS, or through a third party provider such as Walmart or Walgreens. That's proved confusing for many seniors, who either have limited access to the internet or who may not have an email address to sign up for the vaccine.

In the new system, it’s possible that, “people can go in then and schedule their vaccination appointments directly rather than having to potentially sign up through a portal and then get an email back from CDC, VAMS, and then schedule their appointment,” Dr. Traxler said last Monday. “This will be a more direct and faster route."

For now, there several was  ways you can sign up to get the vaccine:

People can also call DHEC’s Care Line at 1-855-472-3432 for assistance in locating the contact information for scheduling an appointment. The Care Line can’t schedule an appointment but can help provide the phone numbers of locations offering vaccine appointments.