The retail, pharmacy, and food giant will start administering the vaccine at select locations. 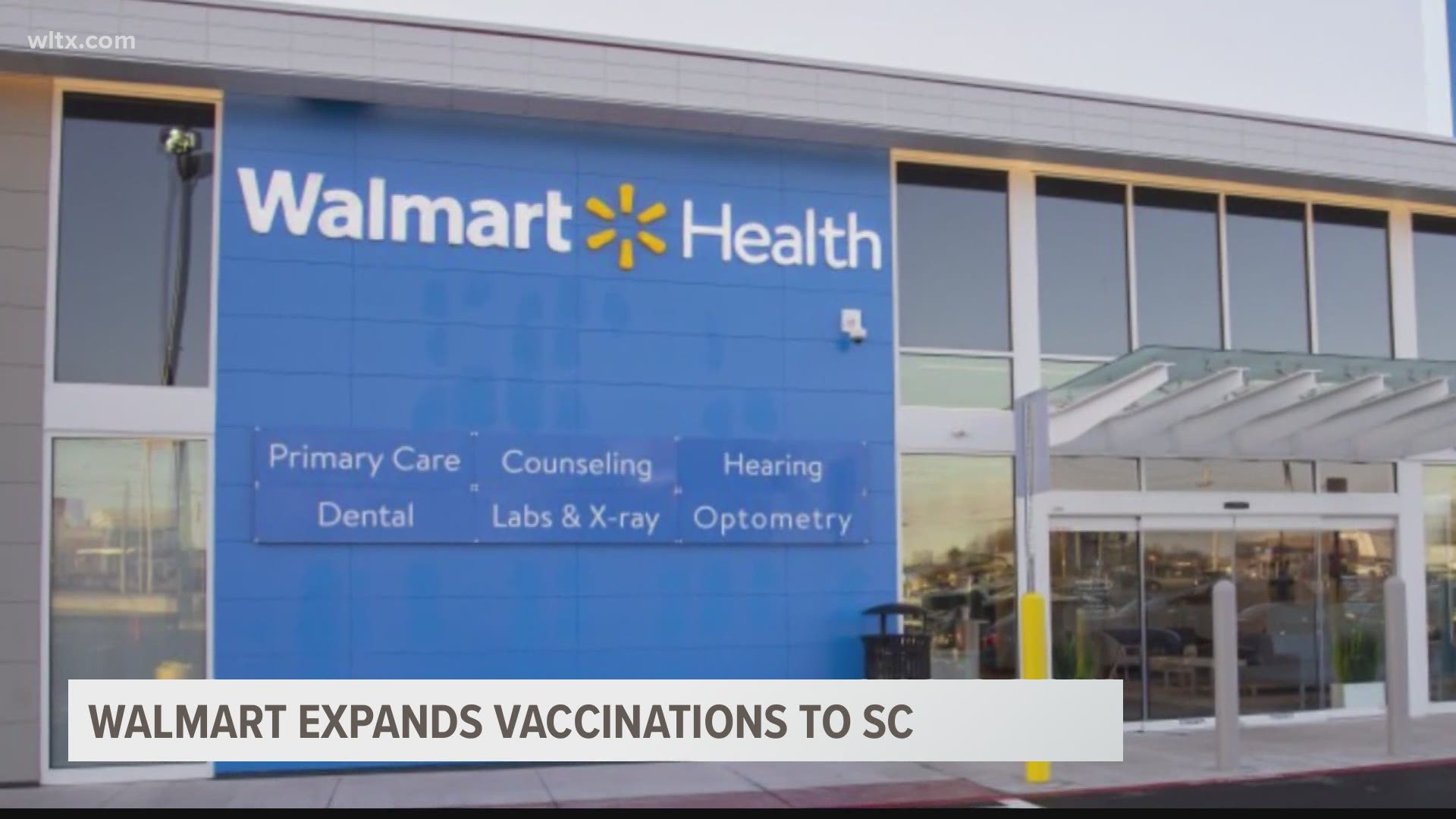 The company announced they were rolling out the vaccine sites in seven total states. They will be by appointment only; people will not be able to walk up and get the vaccine at those stores as of yet.

The vaccines also will only be available to specific population groups determined by each state. In South Carolina, that's people in Phase 1a, which includes health care workers, first responders, and anyone over the age of 70.

News19 has been told the following locations in South Carolina will be administering the vaccine. Three of the locations are in the Midlands.

A website portal where you can sign up for the vaccine will be online next week. You can also see which locations are open on the DHEC vaccine locator or by calling DHEC at 1-855-472-3432.

In a blog post, Dr. Cheryl Pegus, Walmart's Executive Vice President for Health & Wellness, said when supply can meet demand and more people are eligible for the vaccines, the company plans to eventually offer it seven days a week at pharmacies, in-store vaccination clinics and in large community events.

For now, vaccines will only be available in select stores and only certain population groups will be eligible.

"At full capacity, we expect we will be able to deliver 10-13 million doses per month when supply and allocations allow," Pegus wrote.

Pegus added that while they are encouraging all Walmart workers to get vaccinated, they aren't requiring it and aren't giving associates any extra incentives to get the shots.

For most people, the new coronavirus causes mild or moderate symptoms. For some, especially older adults and people with existing health problems, it can cause more severe illness, including pneumonia and death.

The United States has more than 24 million confirmed cases of COVID-19, according to data from Johns Hopkins University.

As of Friday, the U.S. had more than 410,000 deaths from the virus. Worldwide, there are more than 97 million confirmed cases with more than 2 million deaths.