In two or three weeks, RMC of Orangeburg hopes to open up tents to help relieve the capacity they're seeing inside the hospital due to COVID-19. 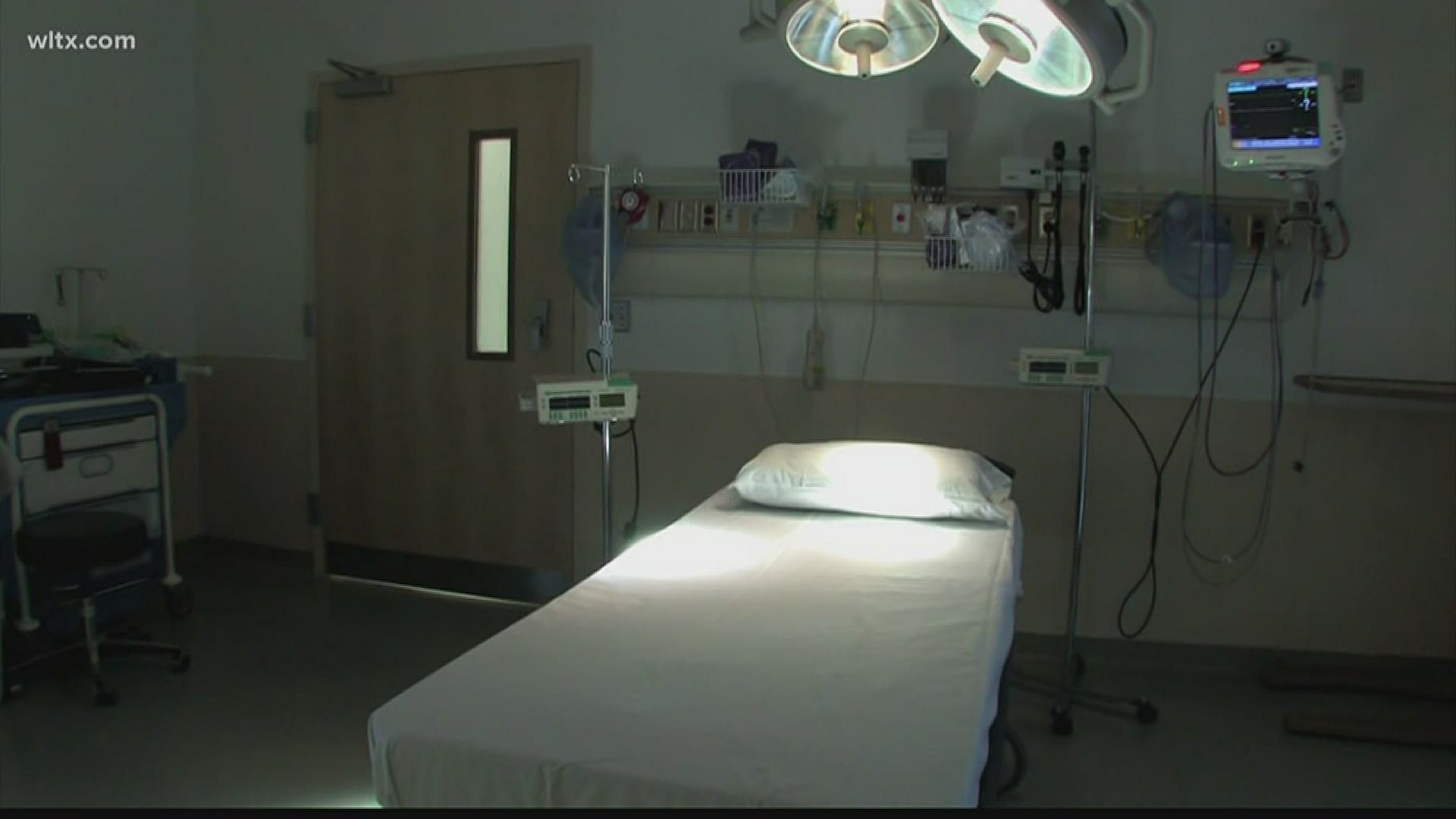 ORANGEBURG, S.C. — The Regional Medical Center Orangeburg Hospital spoke on Monday about how they have been combating the coronavirus and what issues they are currently facing.

In Orangeburg County, officials have seen a big increase in COVID-19 cases over the last two months.. The county set a one day high of 91 positive cases back on July 18. On Sunday, they recorded another 53 cases.

Charles Williams is the President and CEO of Regional Medical Center (RMC). He says it was important for them to answer the questions people have.

"It's very important that we have this discussion today," said Williams. "Why are we here? I don't think it's a secret to anyone that COVID-19 is an unprecedented pandemic that's impacted all of us."

As of Monday, the hospital currently has 54 patients who have tested positive for COVID-19.

Williams strongly urged people to wear masks and social distance from each other, but also asked people to stop unnecessary social gatherings. 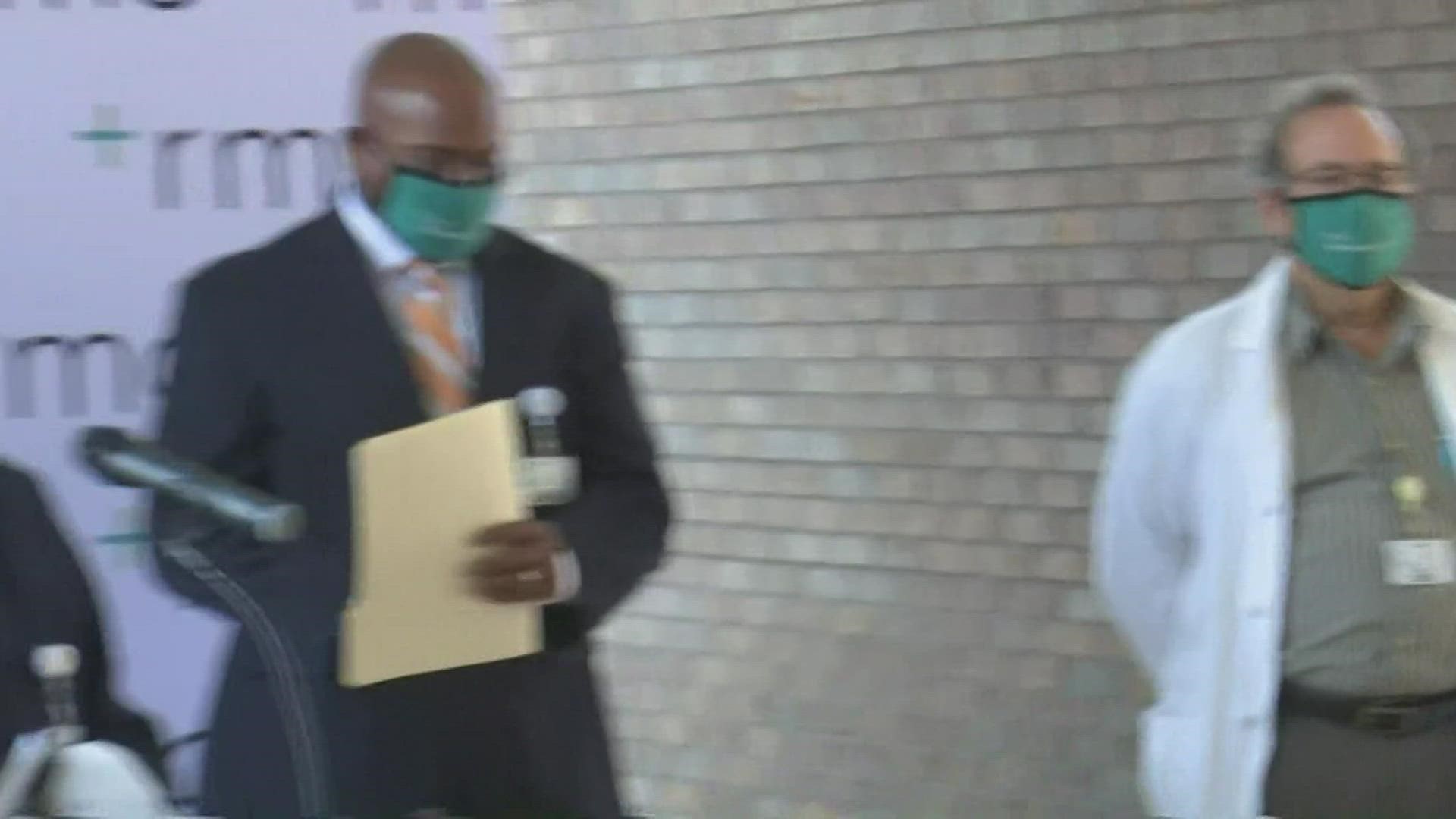 "Not only do we have 54 patients today in house, we're impacted by staff. Today alone, we have 30 employees that are out in some COVID related fashion," explained Williams.

Throughout the course of the pandemic, the RMC has had 69 employees impacted by the coronavirus. This means they became sick or they have a family member who has been exposed to COVID-19.

The CEO says he's also concerned about staffing because of the current hurricane season and with flu season on the way.

There's been 30 people who have passed away because of the coronavirus that's gone through the RMC.

286 people have been treated and released.

"We have had a major uptick in the numbers across this state and our region and we must work together to slow that growth," said Williams.

Williams says he's concerned because he doesn't believe they've seen the full impact of the July 4th weekend and they know Labor Day is on the way.

The RMC has 162 staff beds. As of Monday, they are at 154 beds who currently have patients in them and are staffed.

Due to staffing needs, the hospital has had to use a lot of contract employees. The RMC typically uses 25 contractor employees a day. Right now, the hospital system is having to use 70.

"We have though been lucky enough to procure a few of those agencies staff members or those travel nurses so that is something that's large on the horizon for us and we're going to see those nurses continue to filter in to help support us through the month of August," said Dalton.

Throughout the pandemic, the RMC has received help from Orangeburg County. This includes building tents and getting personal protective equipment.

"We have four tents out there and our plans right now is to use one tent for 12 patients, another tent for the nurses station, another one for donning and doffing and another one for food supplies and other care needs," explained Williams.

Officials say they need another two or three weeks until the tents are ready because of building them and to make sure like other things such as temperatures will be appropriate in the tents. They will also need to order equipment like beds for the tents as well.

Matt Hinkle is the Vice President of Operations for RMC. He says they're calling their tent setup as their alternative care site.

"We'd like to utilize that facility to help us offload some capacity we have internally... We originally started with about six negative pressure rooms and we quickly built that out for seeing into the future of the need as this pandemic grew into March that we have to create additional capacity of negative pressure spaces in our hospital," said Hinkle.

The tents are planned to be use for patients who would not need to be monitored and would typically be there for 24 hours or less and are on the upswing. This would free up beds within the hospital for those who are in more of a critical condition.

Tents will be staffed by members currently with RMC as well as contract workers.

The South Carolina National Guard was brought in to help put up tents outside to screen patients.  The Regional Medical Center requested a minimum of 10 soldiers to be on site.

After RMC gets all the equipment they need for the tents, DHEC will inspect them before they are put to use.

There were no costs to the tents according to Hinkle. The tents were already made available for events such as hurricanes and natural disasters. They are being provided by DHEC, SCEMD and the Orangeburg County Emergency Management Division. RMC believes they are the first hospital system in the state to request this kind of alternative care setup.

Hinkle believes it's important they plan ahead and have enough space to help serve folks when they need care most.

"RMC has to be prepared. We serve a very rural community right? You think Orangeburg and Calhoun counties as our primary service area but we also serve the counties of Bamberg and Barnwell," explained Hinkle. "In a four county area, which is several thousands square miles, we're the only hospital."

RMC believes they will be able to handle the next two or three weeks with their staffing until the tents are ready to be used.

Cause of Cases Increase

Dr. John Samies at RMC talked about what he thinks is contributing to the uptick in cases they are seeing.

"The uptick I think has been in part because people let their guard down to be honest. They started traveling a bit more, started congregating a bit more, we've had a couple of holidays in there if you recall and I think that unfortunately until someone in your household is ill or dies, it isn't real to you," said Dr. Samies.

"Take this seriously," said Williams. "So many individuals continue to make the statement, 'Well my civil liberties,' I am not a politician but I want to be clear with you. We are in a state where your civil liberties are jeopardizing the liberties, the freedom and the health of others. If we continue this, where will we be taken care of? Where will be treated? Not just in Orangeburg, not just in South Carolina but at some point we must stand and say we must do something."

RMC is still accepting visitors at this time but there are several safety precautions put in place to help protect the health of visitors, patients and staff. They are only allowing one visitor with patients and they would like to keep the same visitor during the duration of a patient's stay.

RMC Orangeburg Hospital has been working with the South Carolina Hospital Association to work with other hospitals and help each other the best way they can.