Michelle Gutierrez arrives at 7 p.m. at St. Luke’s in The Woodlands, stands under his window, praying for him, though he has never seen her. 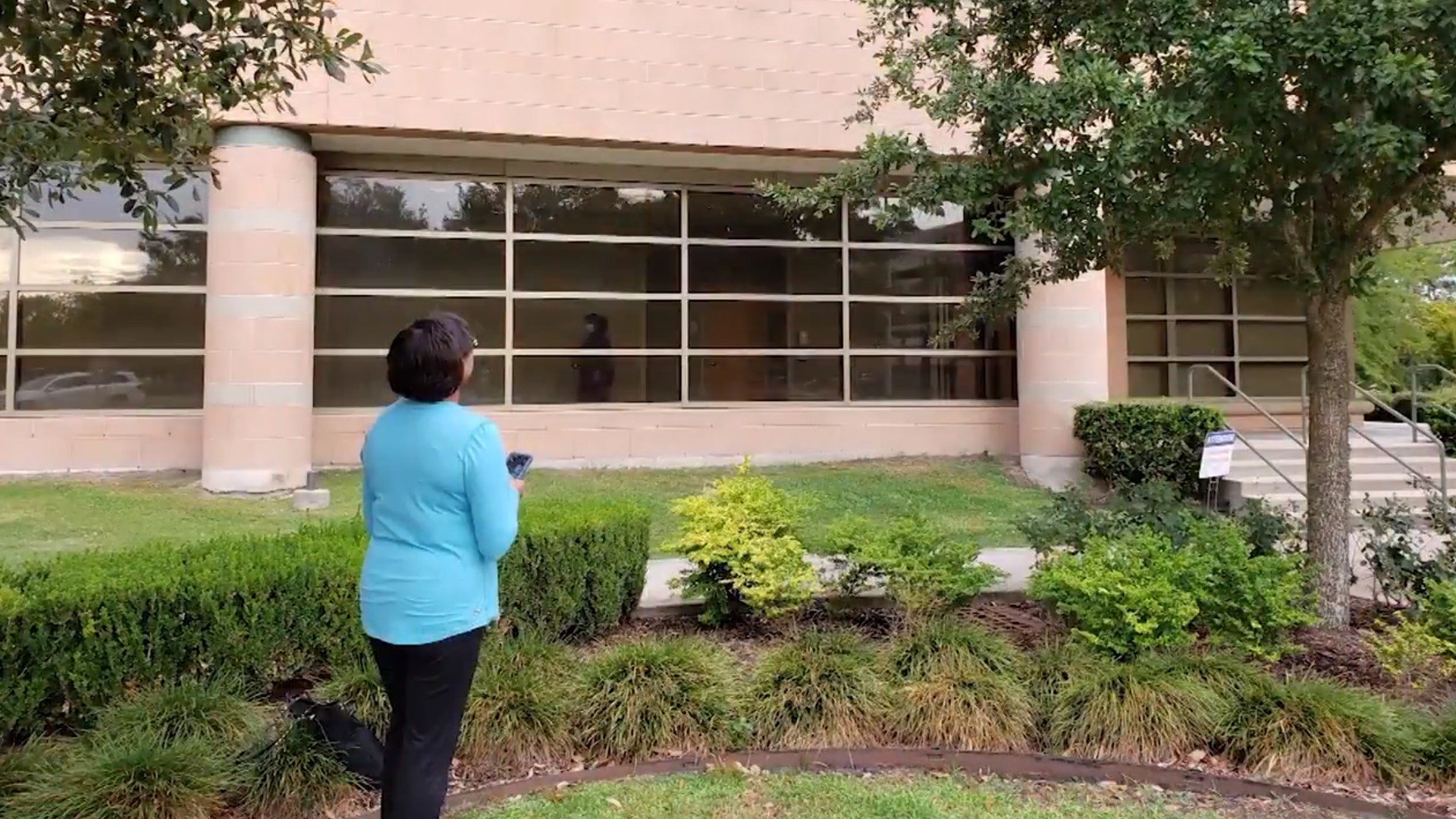 TOMBALL, Texas — A man from Tomball, who has been in the hospital fighting COVID-19 for nearly a month, is now on life support.

The last time his wife saw him in person was the day she took him to the hospital. But she has been by his side every day since.

“He had the worst cough ever,” Michelle Gutierrez said.

That was on July 8. Hours later her husband David Gutierrez was in the hospital. She said he was healthy other than sleep apnea.

The 53-year-old tested positive for COVID-19 a week earlier. By July 18, he was on a ventilator.

Michelle arrives at 7 p.m. at St. Luke’s in The Woodlands, stands under his window, praying for him, though he has never seen her.

“The first thing I do is sent him a text. I know he is in a coma. He cannot read it right now, but my hope is he'll get it when he wakes up and he'll know I was there,” Michelle said.

In effect, she begins and ends each day talking to her husband.

“Yes, in the morning I would write him, ‘Good morning sunshine’ and in the evening I will fill him in with what went on that day,” she said.

Her collection of letters grows, and each is delivered by a nurse.

“Let me ask the nurses and they are wonderful, if I was to fax him a letter would they be so kind to read it to him,” she said.

Her prayer is that eventually David can read them all himself.

The couple met at a service station, when Michelle had trouble speaking with a mechanic. David came to her rescue.

“He speaks fluent Spanish. I don't,” she said.

For the software engineer, it was love at first sight.

Their 10th anniversary is next month. They have five kids between them.

“I write to him and tell him you said ‘see you later,’ so you better keep your promise cuz you told me see you later.”

On Aug. 4, Michelle got to see David for the first time since he was hospitalized. It was for about 10 minutes through a glass window. She was able to speak to him via an intercom. He remains in a coma.

She has good days and bad but says, “It is only the power of god that can give you that peace that no man can give you.”