E-cigarettes may hurt your heart more than tobacco cigarettes 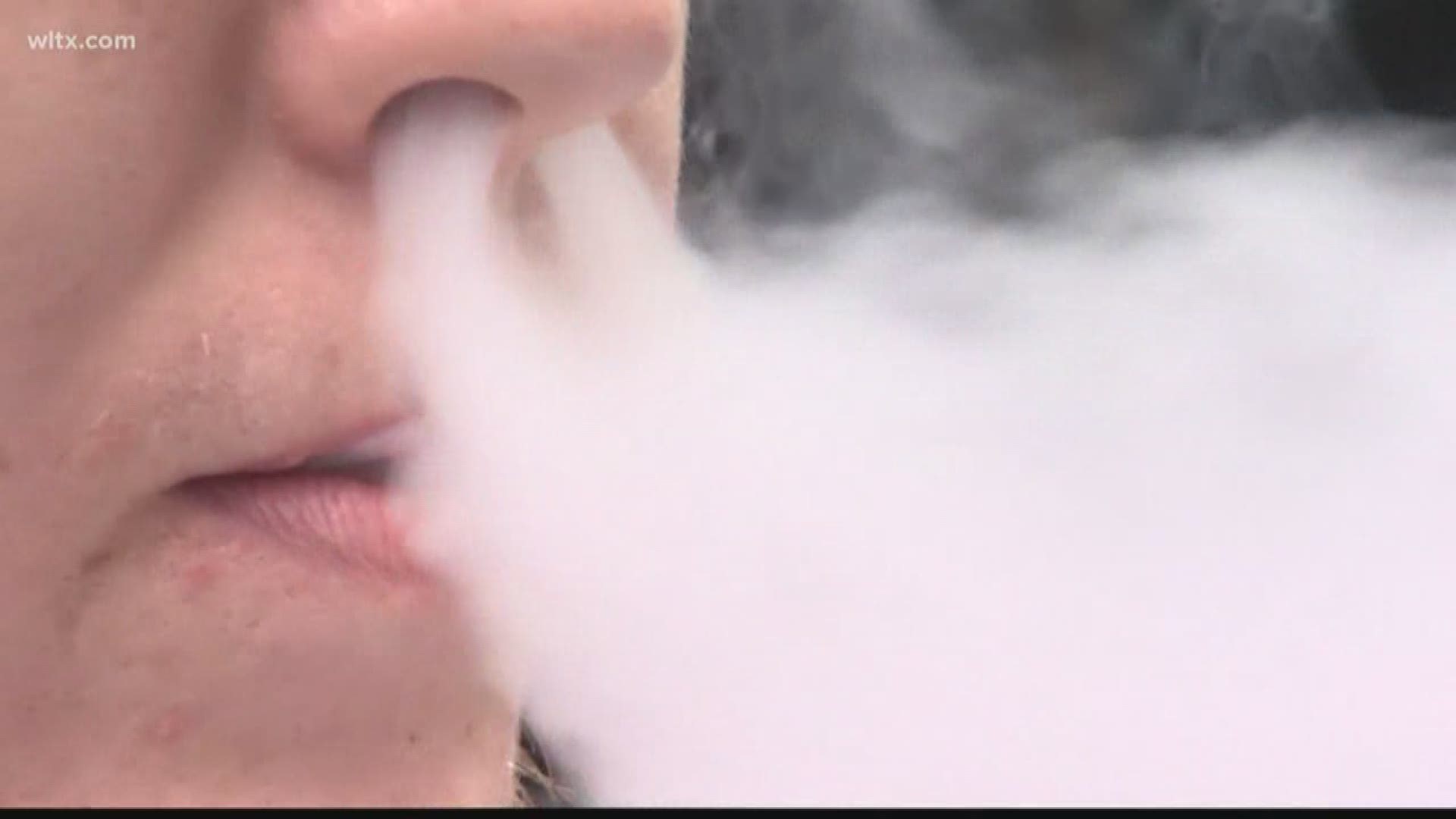 CHARLESTON, S.C. — You are not alone if you are trying to quit smoking.

According to Centers for Disease Control and Prevention an estimated 40 million adults in the United States smoke cigarettes and most people want to quit.

However, research shows smokers usually try to quit several times before permanently kicking the habit and most programs for quitting fail 95%  of the time.

Many people struggling turn to electronic cigarettes. Believing the e-cigarette manufacturers and advertisers claim, e-cigarettes are a less harmful alternative to cigarettes.

What evidence supports e-cigarettes are safe?

According to the American Cancer Society, research has found that e-cigarette use is likely to be significantly less harmful for adults than smoking regular cigarettes. This is mostly because e-cigarettes do not contain or burn tobacco, a process that produces an estimated 7,000 chemicals, including at least 70 chemicals that cause cancer.  The organization goes on to claim the health effects of long-term use are not known.

However, some doctors remain skeptical about the safety as rates of lung-related e-cigarette injuries continue to increase.

Rutgers Robert Wood Johnson Medical School Cardiothoracic Surgeon and Chair of the Department of Surgery, Doctor Leonard Y. Lee, M.D., is one of these unconvinced physicians, “Although the smoke, which many see as the main problem with smoking of cigarettes, is gone with vaping, the nicotine remains.  Nicotine is a dangerous highly addictive drug. It promotes the acceleration of atherosclerotic heart disease, hypertension, heart rate and hardening of the arteries, all of which is bad for heart health.

Two separate studies backing the uncertainty surrounding e-cigarettes will be presented at the upcoming annual meeting of the American Heart Association.

A team of researchers at Cedars-Sinai Medical Center in Los Angeles suggest e-cigarettes interfere with the body's ability to pump blood.  In the second study presented by Boston University School of Medicine researchers, found e-cigarette smokers have increased levels of unhealthy LDL cholesterol, on average, compared with nonsmokers.

The science shows a snapshot of what is happening now, in the bodies of younger healthy people who vape as the popularity of e- cigarettes steadily increases, and as health officials try to get to get hold on a U.S. wide outbreak of vaping-related lung illnesses.

Vaping has increased from around 7 million users in 2011 to 41 million in 2018 with a projected increase to more than 55 million by 2021, according to the World Health Organization.   A recent study by the Food and Drug Administration found that 27.5% of high school students used e-cigarettes in 2019, compared to 20.8% in 2018. The same study also estimates 3.62 million middle and high school students were e-cigarette users in 2018.

On top of the vaping epidemic, heart and lung specialists who are directly involved with the research note their concern with the popularity of young smoking e-cigarettes. According to study authors, most worrisome are the numbers of children and teens who are picking up the habit, who may have never started smoking conventional cigarettes. Hooking a new generation on nicotine, followed by the possible negative health implications for them down the road.

Dr. Lee was not involved in the presented research but shared his thoughts,  “Exposing young people to these risks can lead to a life time of both heart and lung problems.” Dr. Lee says, he has yet to see and treat these younger patients but goes on to say,” it’s just a matter of time.”

The take away, there is a strong link between smoking tobacco cigarettes, heart disease and cancer. New proof is surfacing and indicating the opposite of what e-cigarette manufacturers are saying about their safety and pushing the need for more research.

If you are one of the many who want to quit smoking tobacco or e-cigarettes, the American Heart Association suggests to talk with your health care provider about what plan will be safe and best for you.