Erika's Lighthouse, a program designed to curb mental health and depression for younger adults, is hoping to bring awareness to more schools. 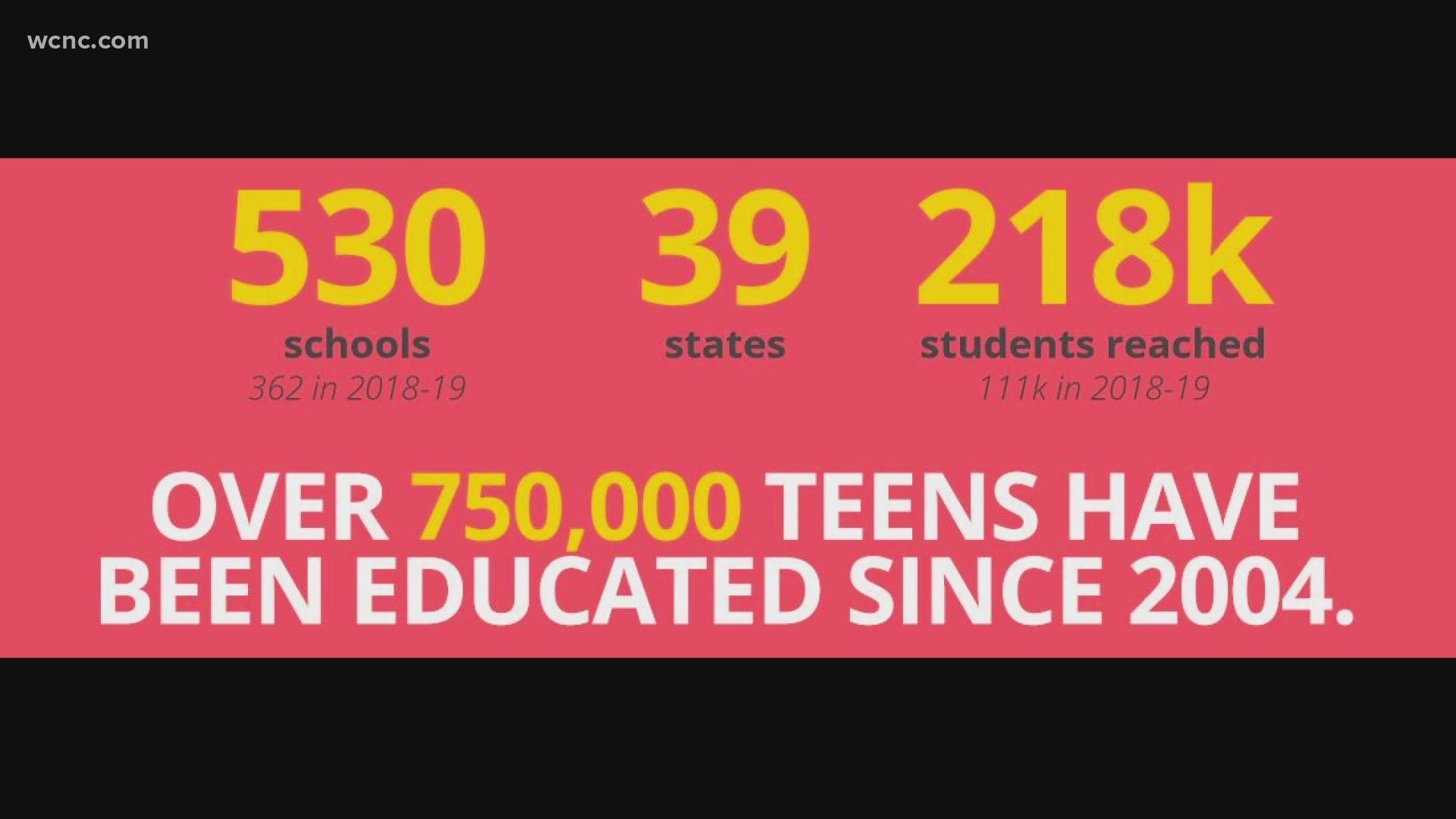 CHARLOTTE, N.C. — After a year of young children and teenagers being isolated from their social groups due to the COVID-19 pandemic, there are growing calls for more mental health support once schools are back in session.

Each year, Erika's Lighthouse teaches young adults how to cope with mental health. The program is available for students from sixth to 12th grades.

"Our programs are really geared to be implemented in school," Peggy Kubert said.

The Illinois-based program was launched in 2004 after Erika, an eighth grader at the time, died by suicide after struggling with depression.

“That was the second suicide in our community in a three-month period, so our program has been implemented in school since 2004," Kubert said.

So far, Erika's Lighthouse is taught to students in 530 schools in 39 states. North Carolina is not one of them, something program facilitators are hoping to change as we enter another year of a "new normal" due to the pandemic.

"It's so beneficial and life-saving for our kids to be really educated in the way that they're feeling and how to help them ask for help," Kathryn Hastings said.

The entire program is designed to be taught in advisories or homerooms, where teachers give students pre- and post-evaluations in class.

"These are video-based programs. The middle and high school program has an 18-minute video with teens sharing stories of their depression, their recovery, their coping skills [and] their resilience," Kubert said.

Younger students are shown a five-minute animated video. The goal is to allow students to see scenarios, have conversations and then talk about solutions.

"Especially after this year of being at home and not being around people, I feel like these kids are feeling it and realizing what they're feeling," Hastings said. "It's such a great time to just keep the conversation going."

RELATED: What will life be like once the COVID-19 pandemic ends?